USA back in final
Frank Nazar scores the 1-0 goal for Team USA against Canada.
photo: Vedran Galijas / justpictures.ch
share
Defending champion USA edged Canada 2-1 in the semi-finals of the 2020 Youth Olympic Games’ men’s ice hockey tournament and will play for gold again against the winner of the Russia-Finland semi-final.

The Americans were the better team for two periods but had to battle hard to keep their lead in the last period. They outshot Canada 25-23 throughout the game.

“It was a good win. The boys played hard today. You have to come out when you play Canada, the biggest rivalry in international hockey play. The pace of this game was very fast. It was a very tight game, very physical, their goalie played great too,” said Team USA goaltender Dylan Silverstein, who made 22 saves.

“We knew them and had tournaments against their players. It’s a huge win. Our D battled hard. I faced a lot of adversity when they scored the goal but we were able to come back and keep it 2-1.”

The Americans had the better start and were closest to score in the first period after five minutes when Isaac Howard and Cruz Lucius had several shots until Canadian goaltender Vincent Filion got the puck under control. Shots on goal were 8-6 for USA in a scoreless first period.

Team USA opened the scoring at 2:59 of the middle frame. Canadian defenceman Mats Lindgren hooked Frank Nazar during a breakaway. The latter got awarded a penalty shot, which he converted to bring the Americans on the scoreboard.

Two minutes later the duo of Howard and Lucius stroke once again at this tournament. On a power play Lucius sent the puck from behind the goal to Howard, who made it 2-0 with his tournament-leading seventh goal of the event.

Canada wasn’t ready to give up though and came out stronger for the third period. Five seconds after a penalty against USA’s Howard expired, Nate Danielson netted the puck in front of Team USA goaltender Dylan Silverstein.

With a late penalty call against the U.S. and the goalie pulled, Canada played most of the last two minutes 6-on-4 to push for the game-tying goal but it didn’t go in.

“We’re disappointed in the result of today’s game, but obviously very happy with our team effort,” said head Coach Gordie Dwyer. “We were prepared and the team played and executed very well, at the end of the day we left it all out on the ice. I’m proud of my team.”

“It’s a great experience for our players, it’s been a really good tournament and we definitely want to finish up strong and come home with some hardware.”

Compared to the previous USA games at the tournament, the Canadians managed to shut down the American scoring machine for big parts of the game but didn’t create enough scoring chances themselves during two periods.

The United States are on a six-game winning stream (including Lillehammer 2016) at the Youth Olympics and hope to defend their gold medal tomorrow against either Russia or Finland.

“It feels amazing [to make the final]. We get a medal now, we have to choose which colour we want,” said Silverstein.

“It will be a good game. We have to see who we will be playing, seal the deal and take care of business.”
USA vs. Canada (SF) - 2020 Youth Olympic Games (Men) 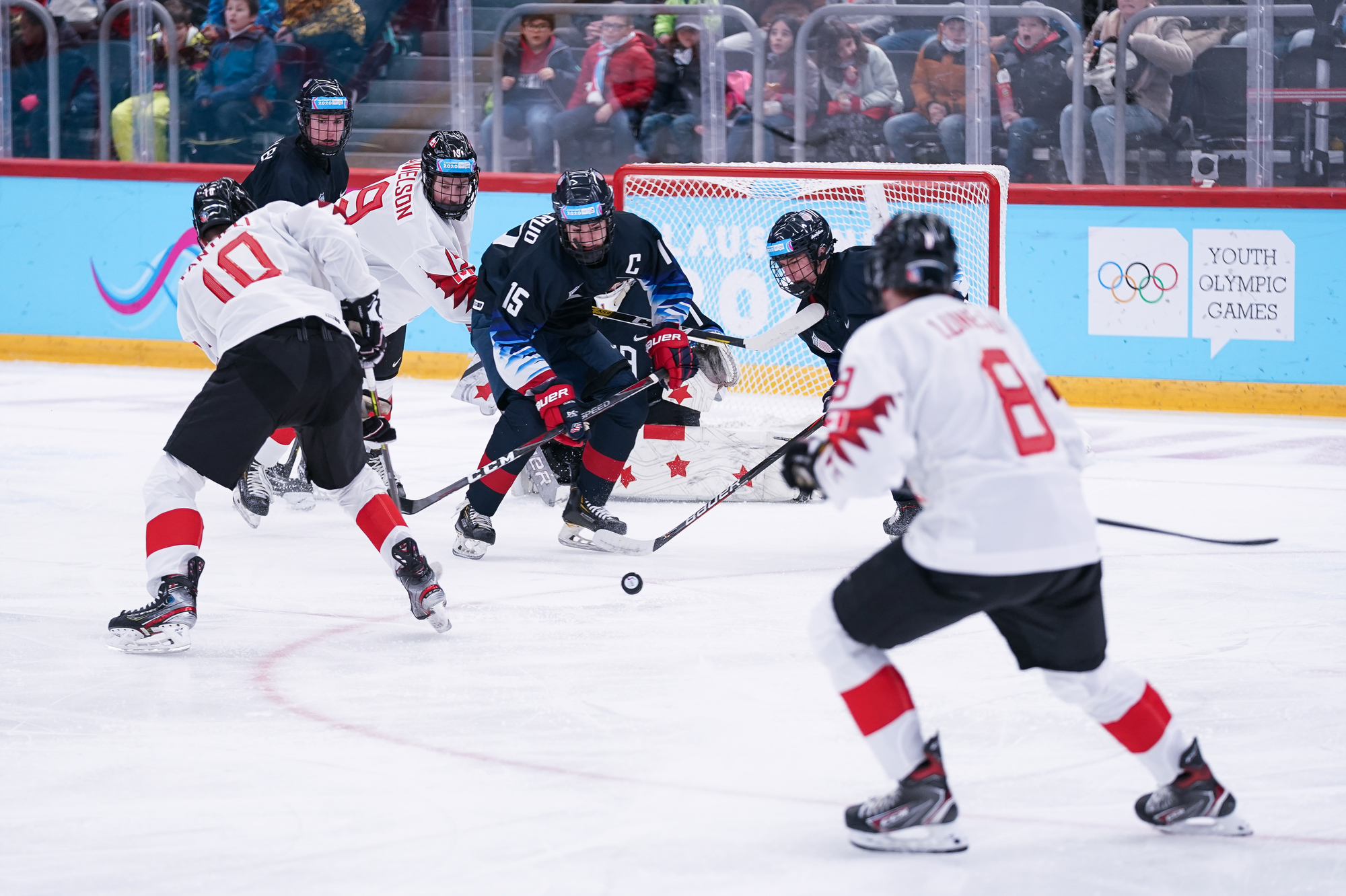 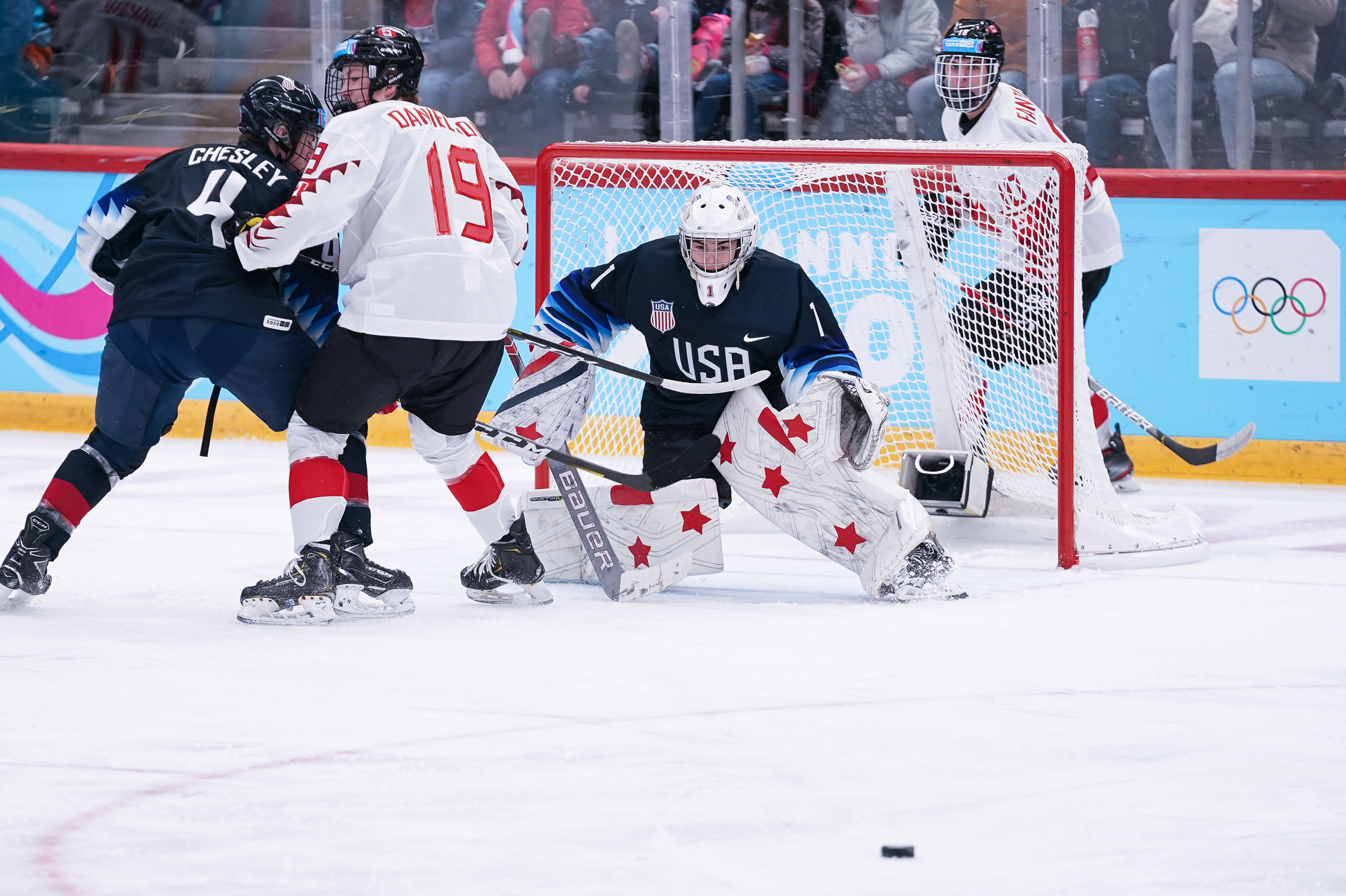 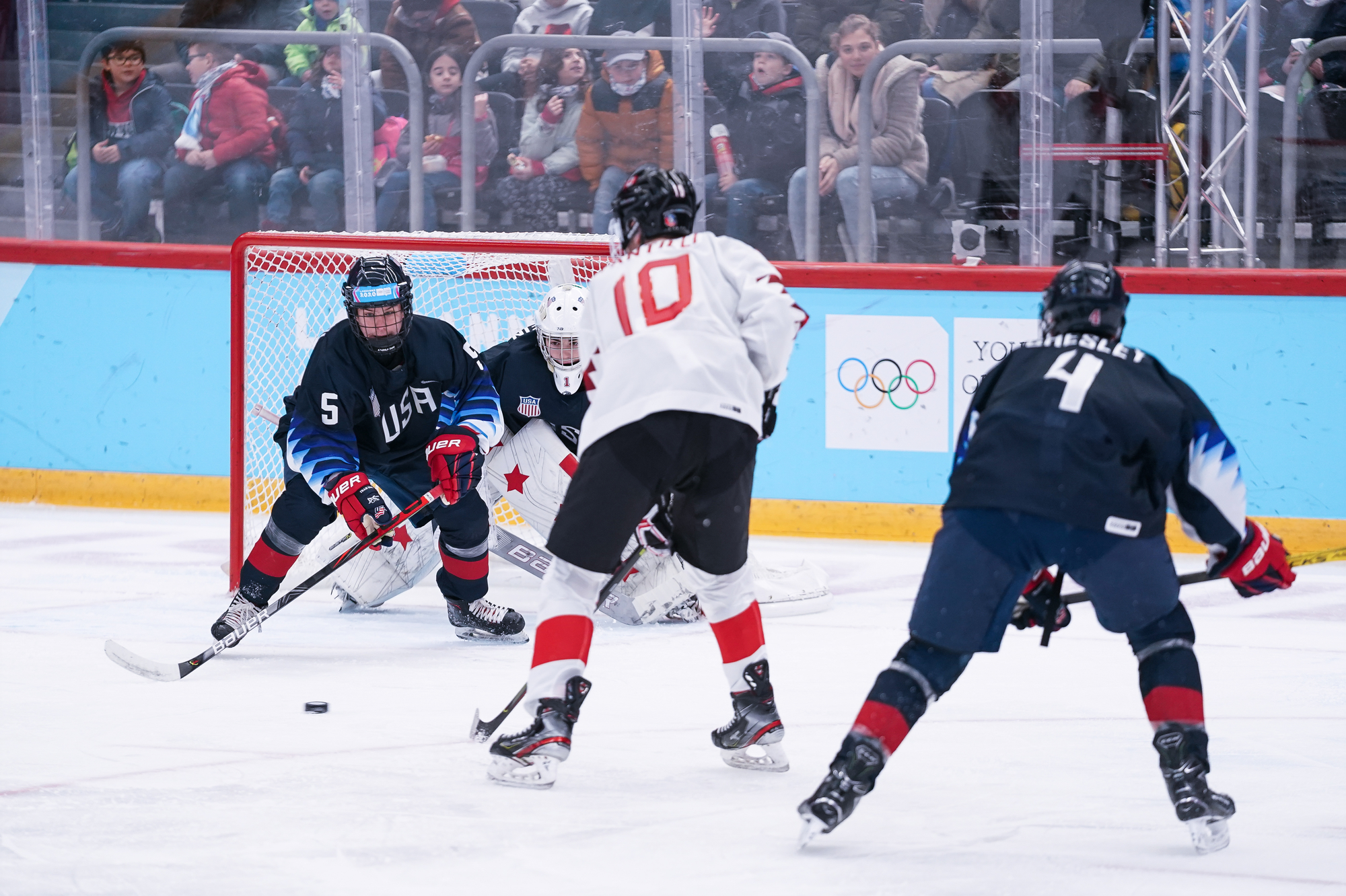 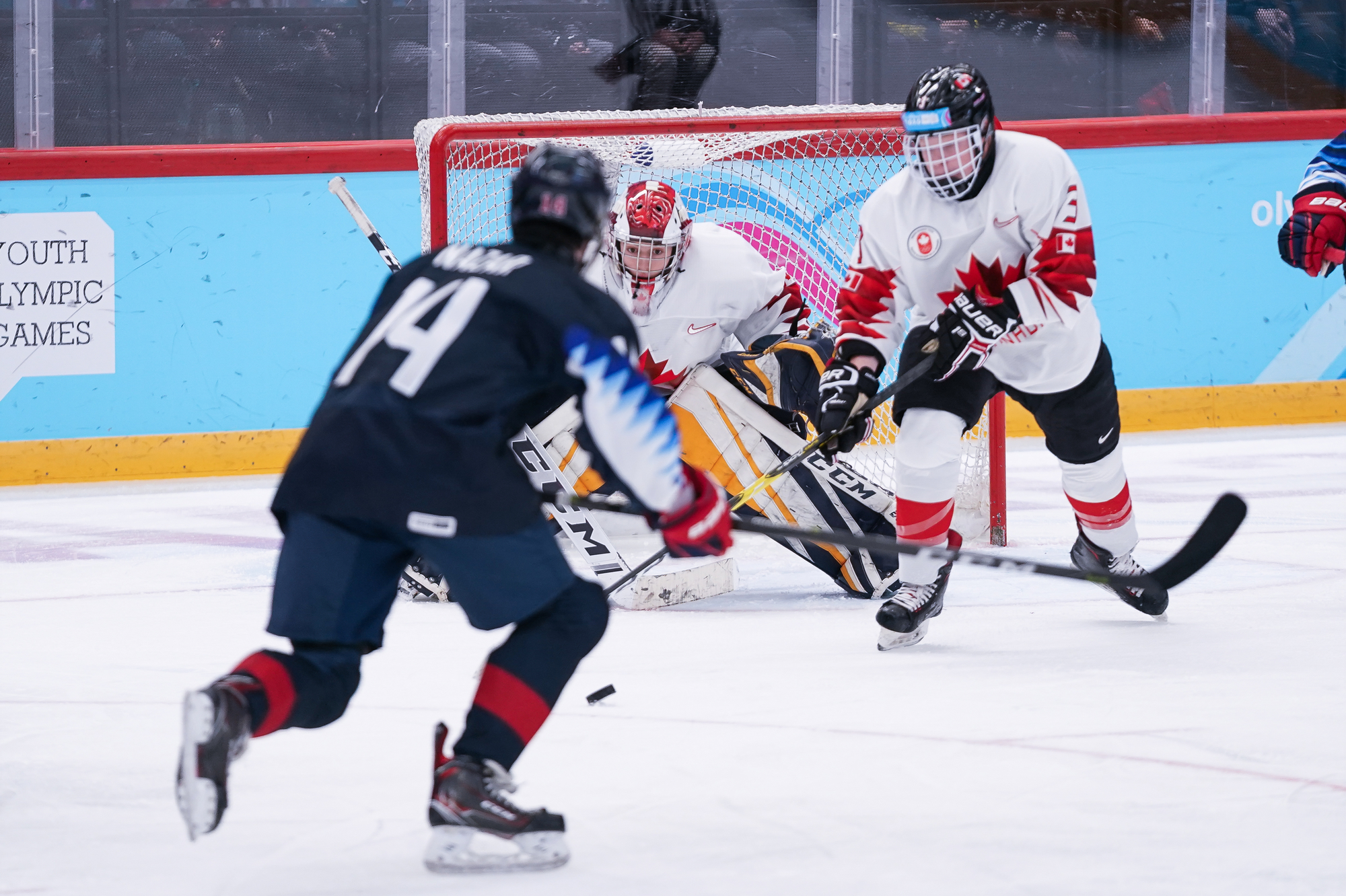 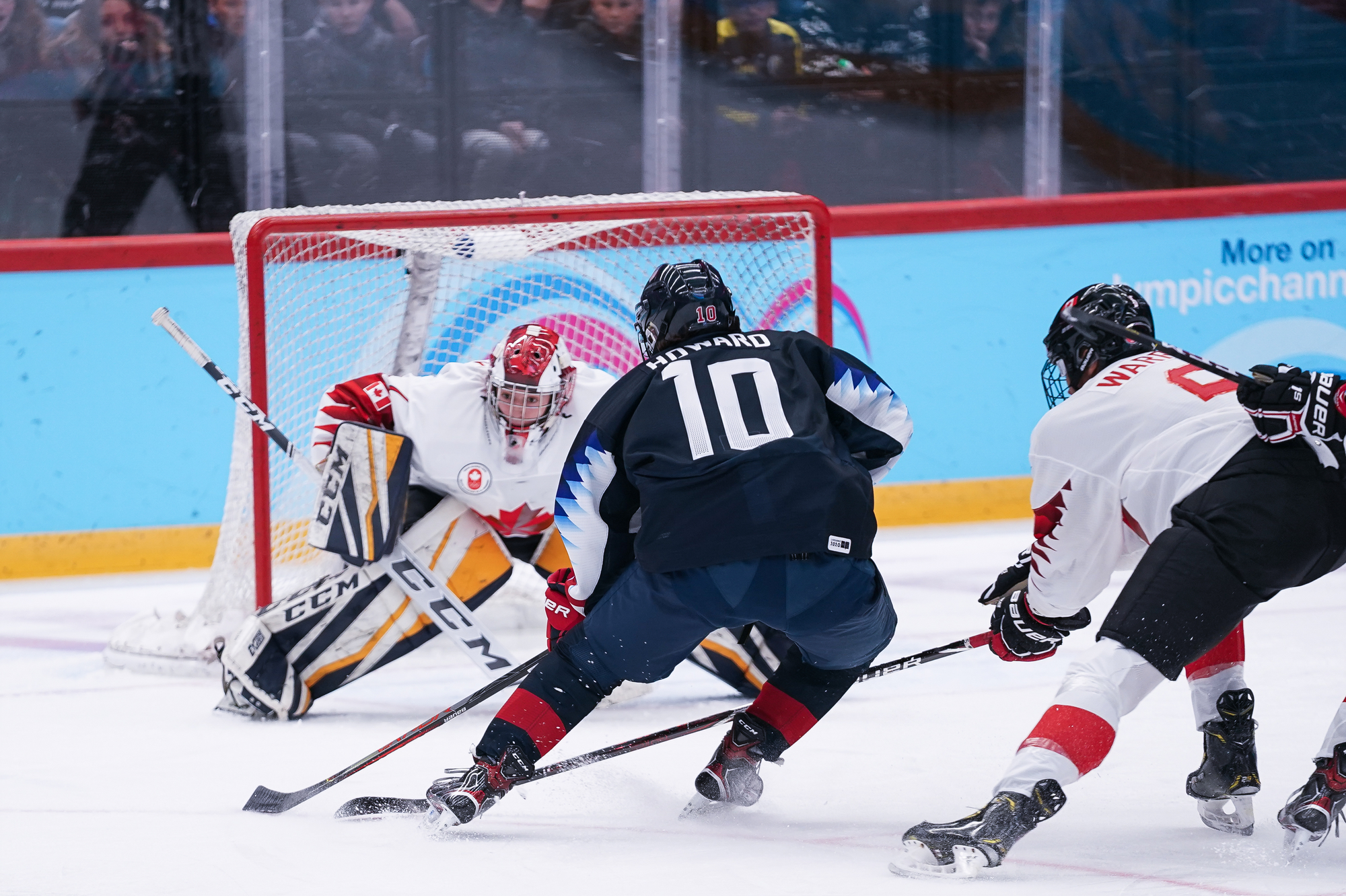 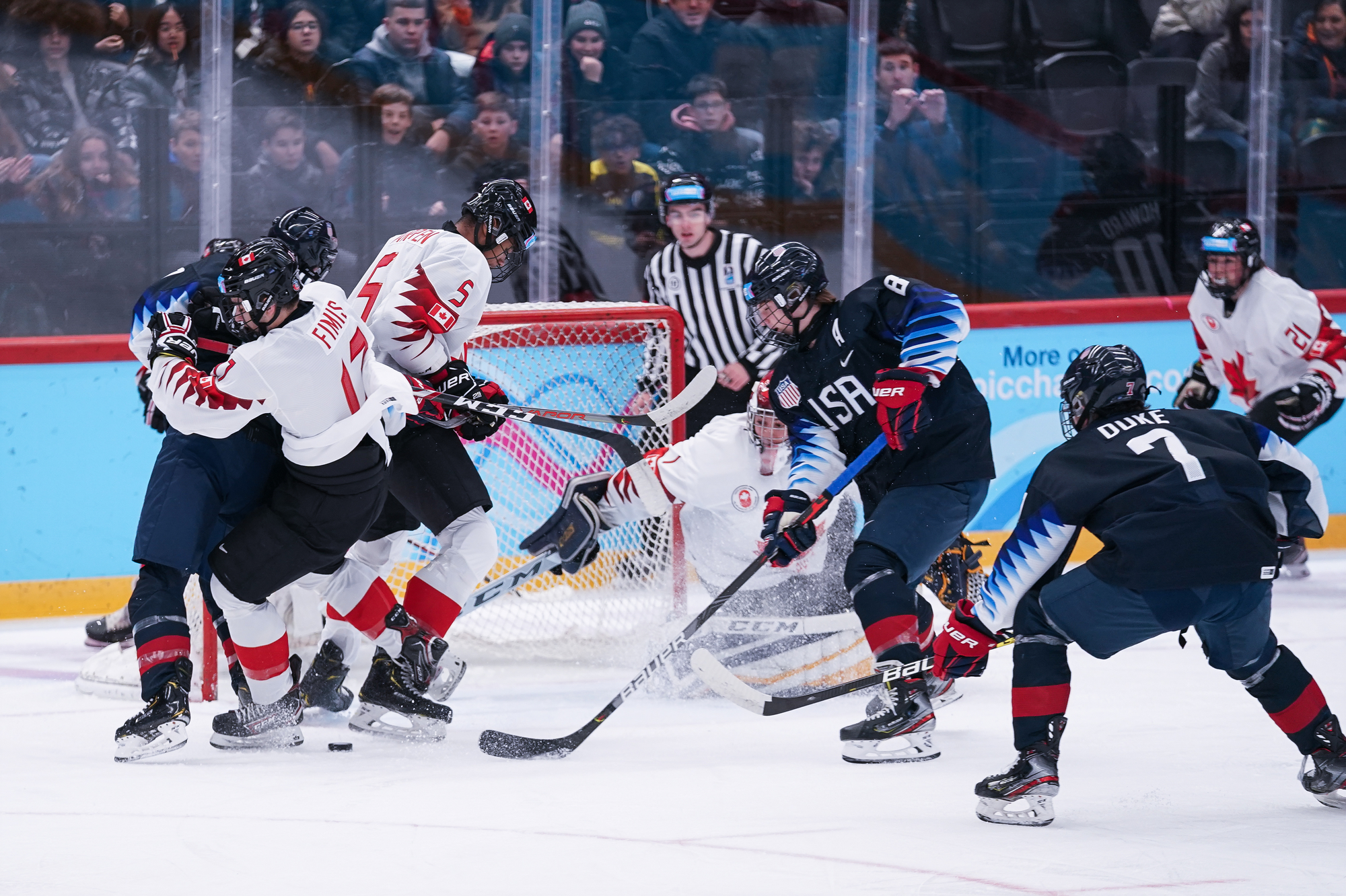 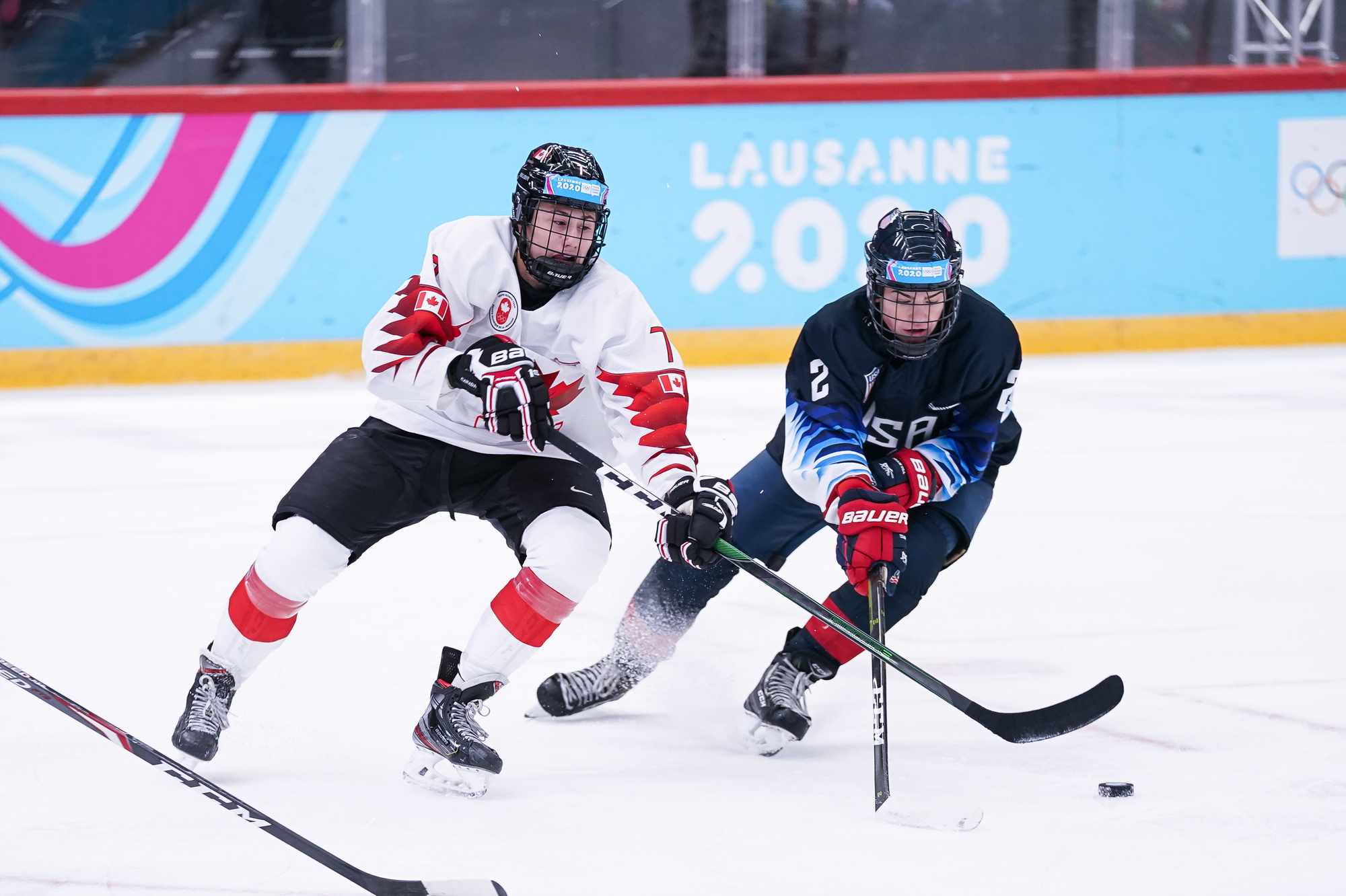 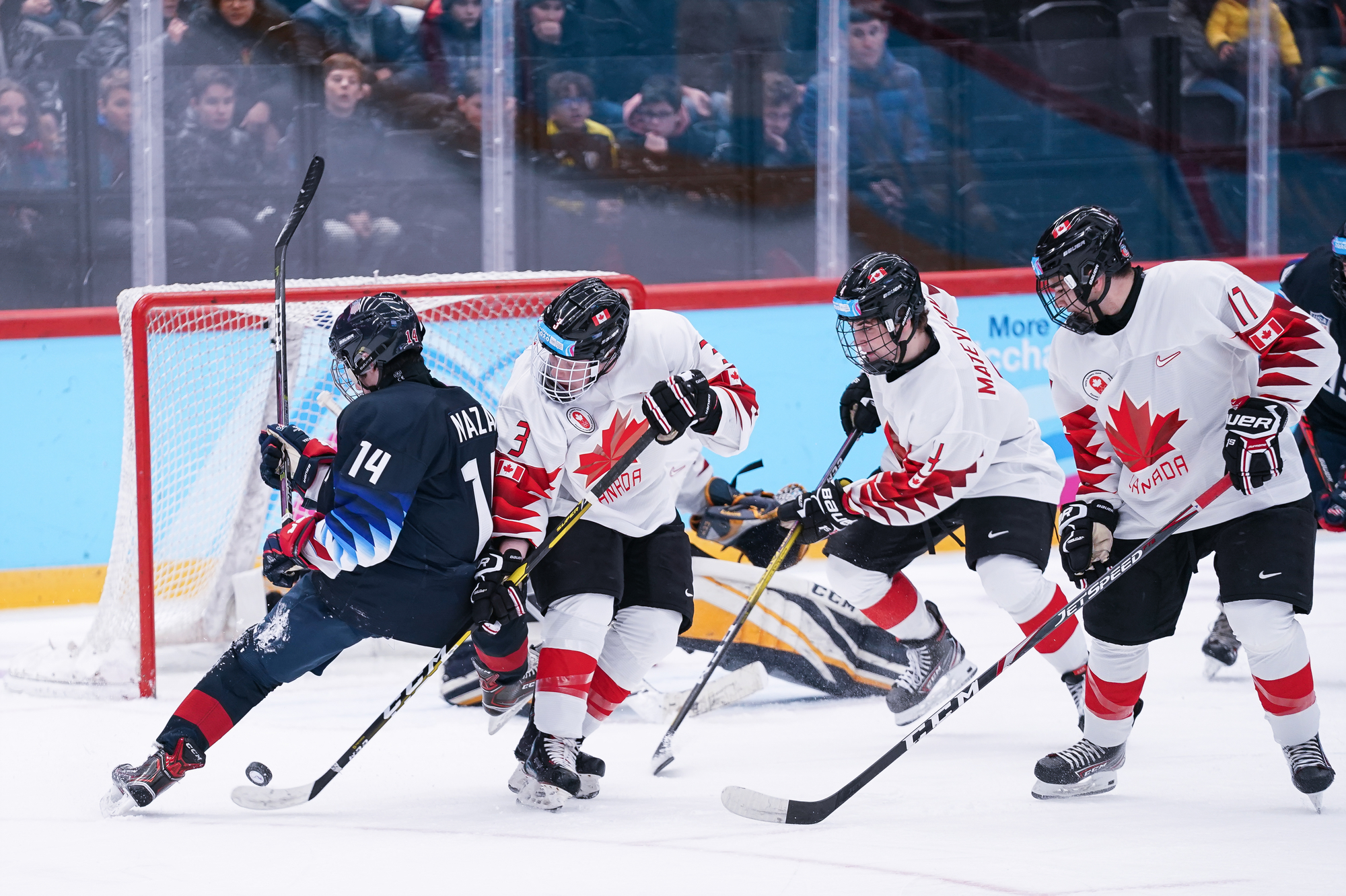 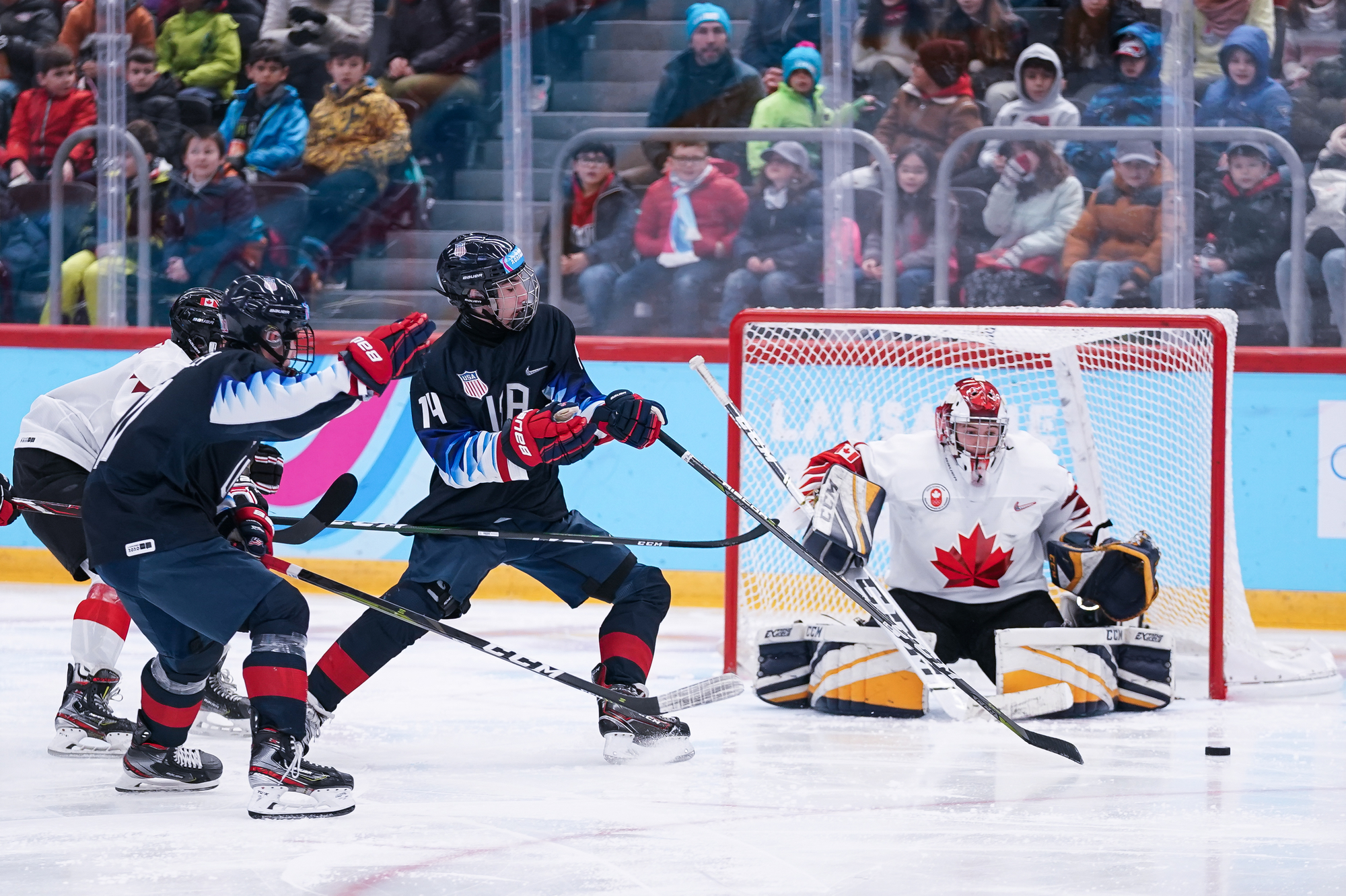 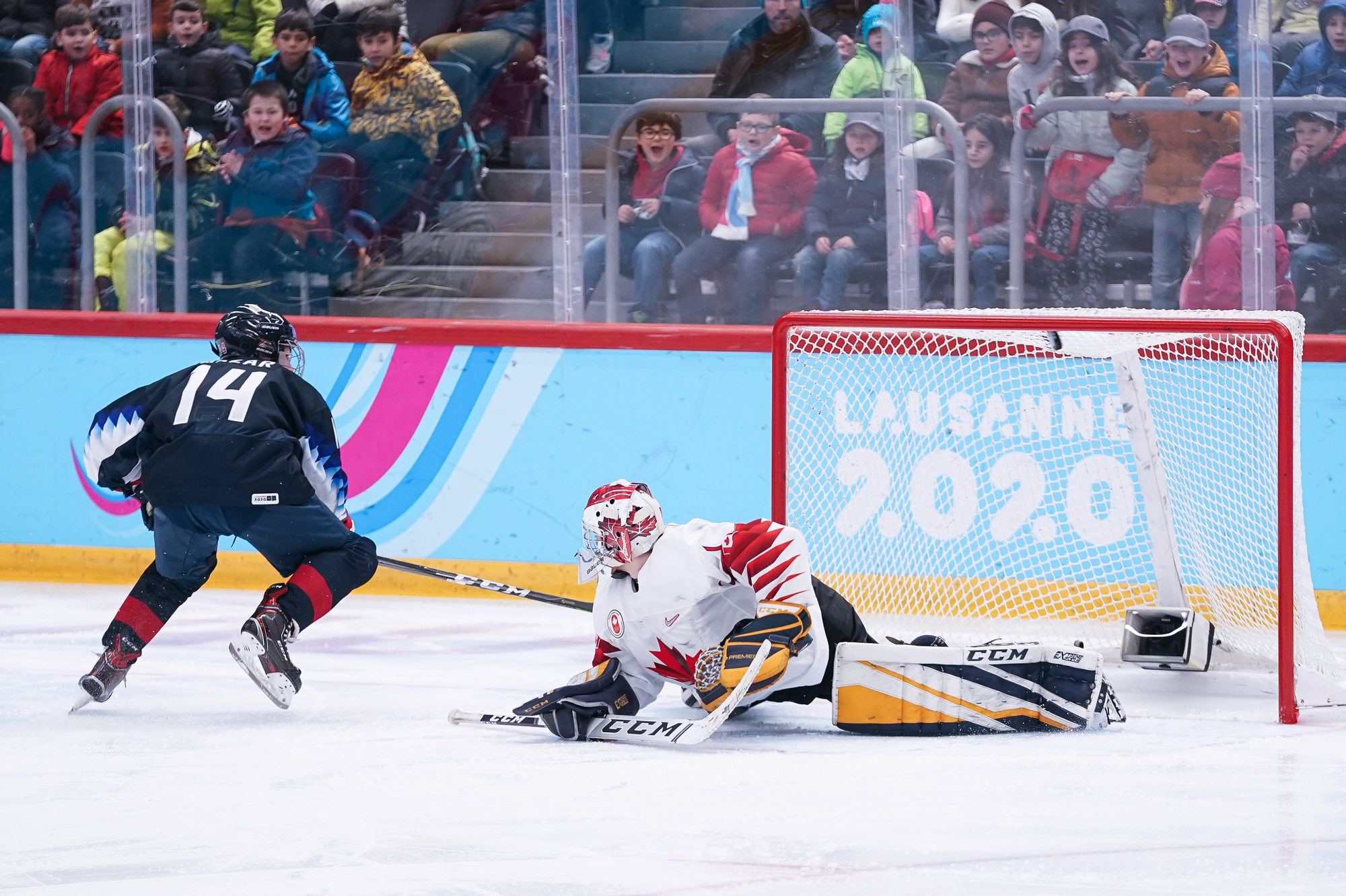 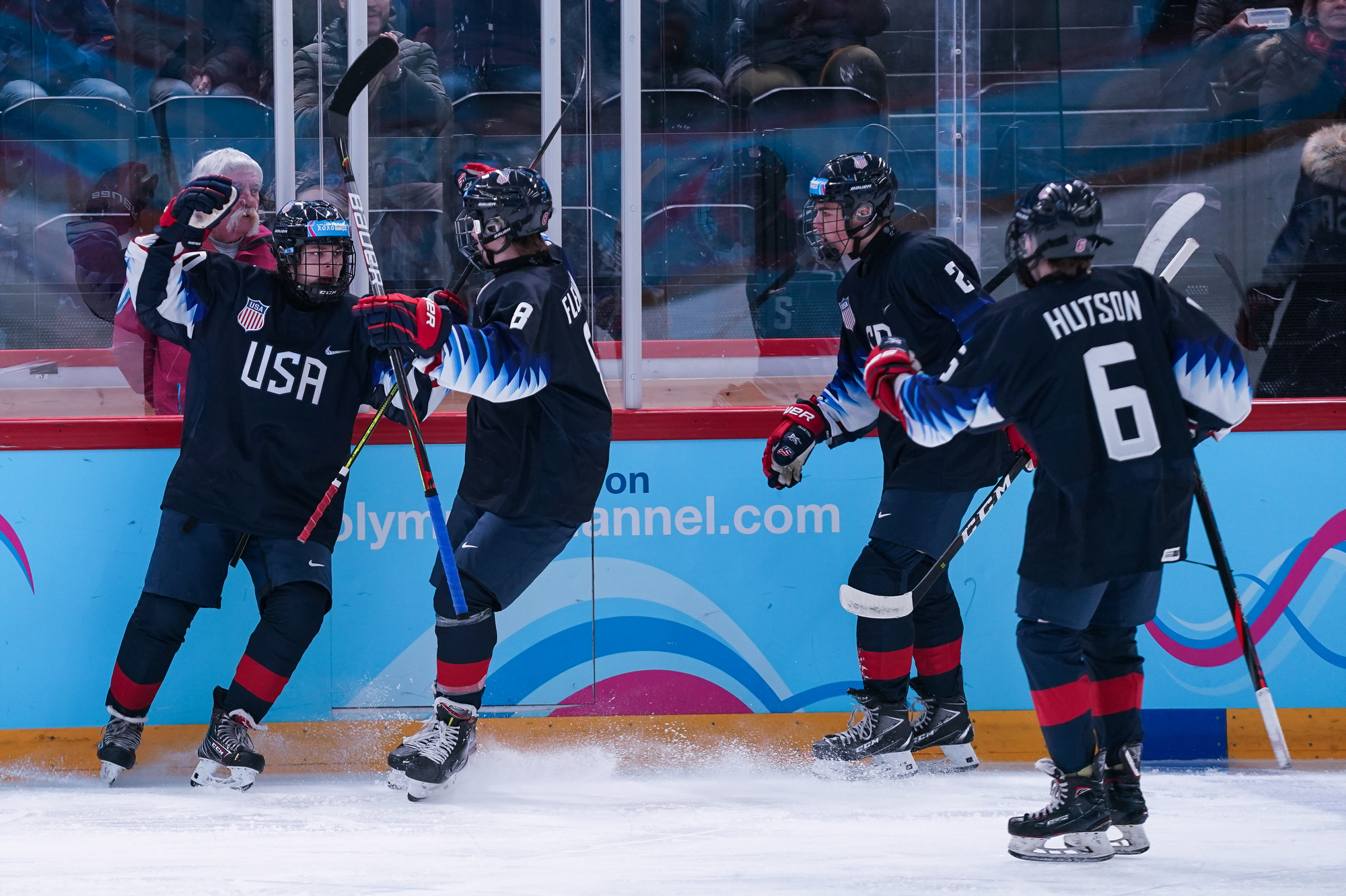 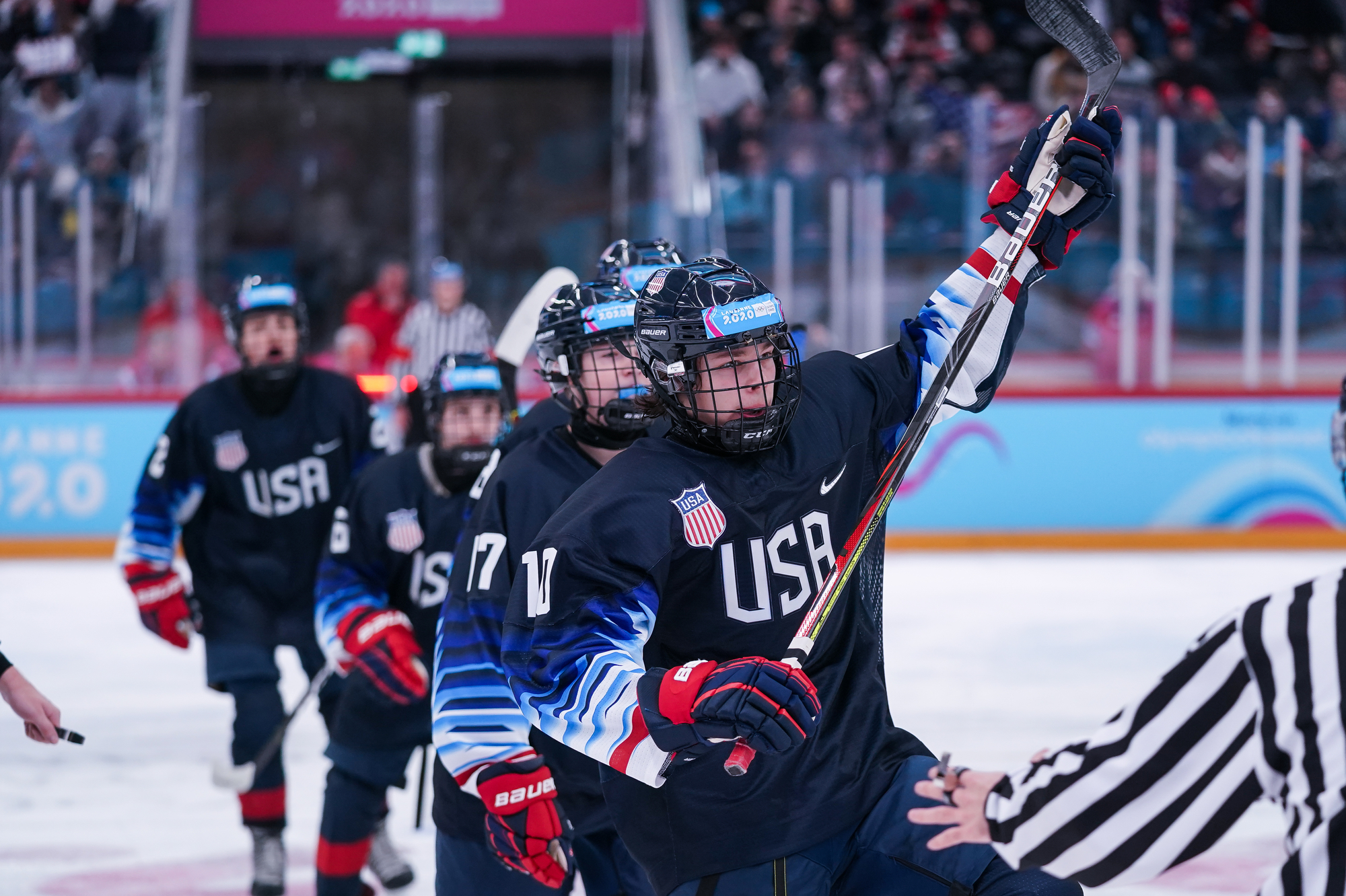 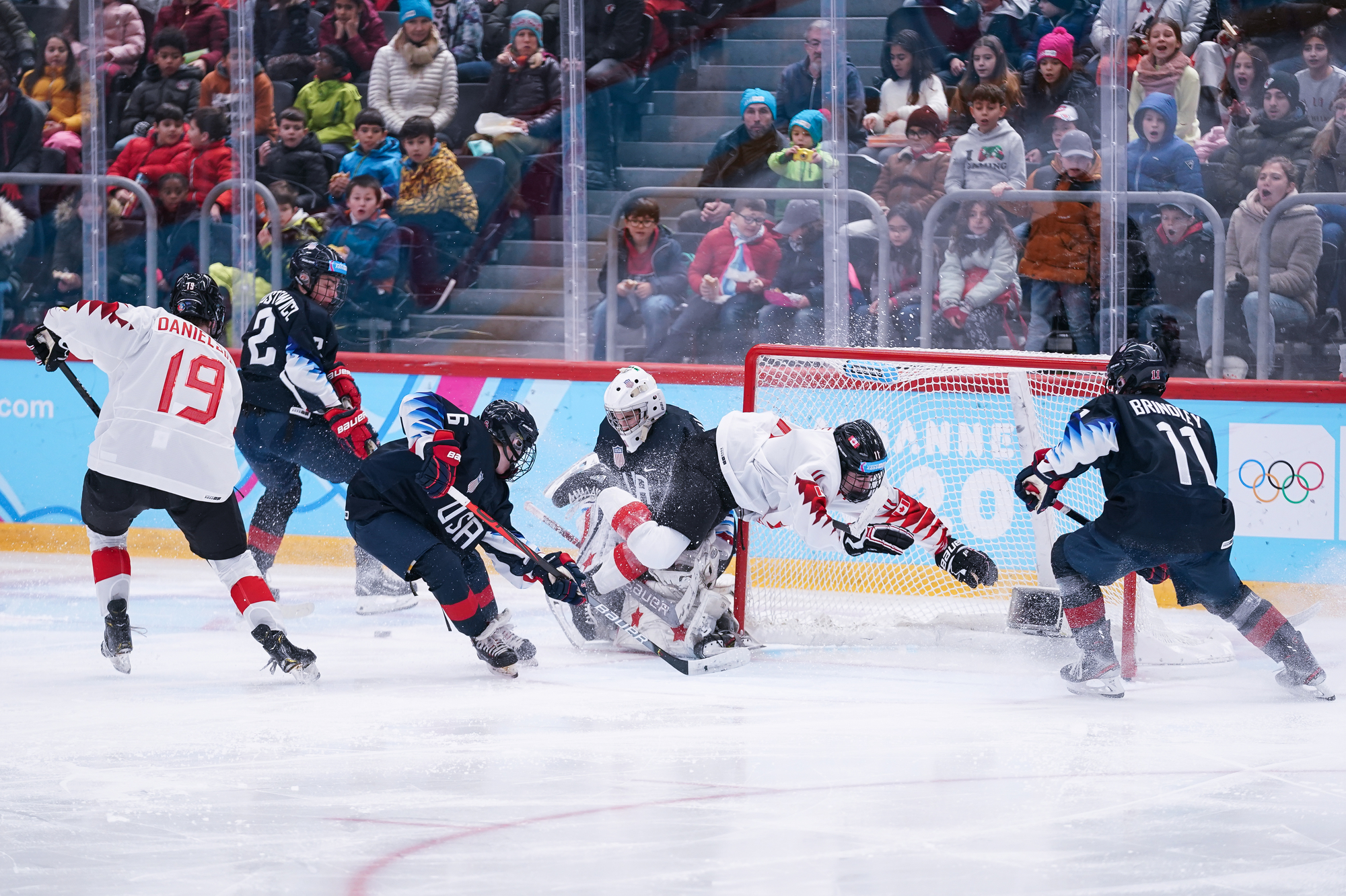 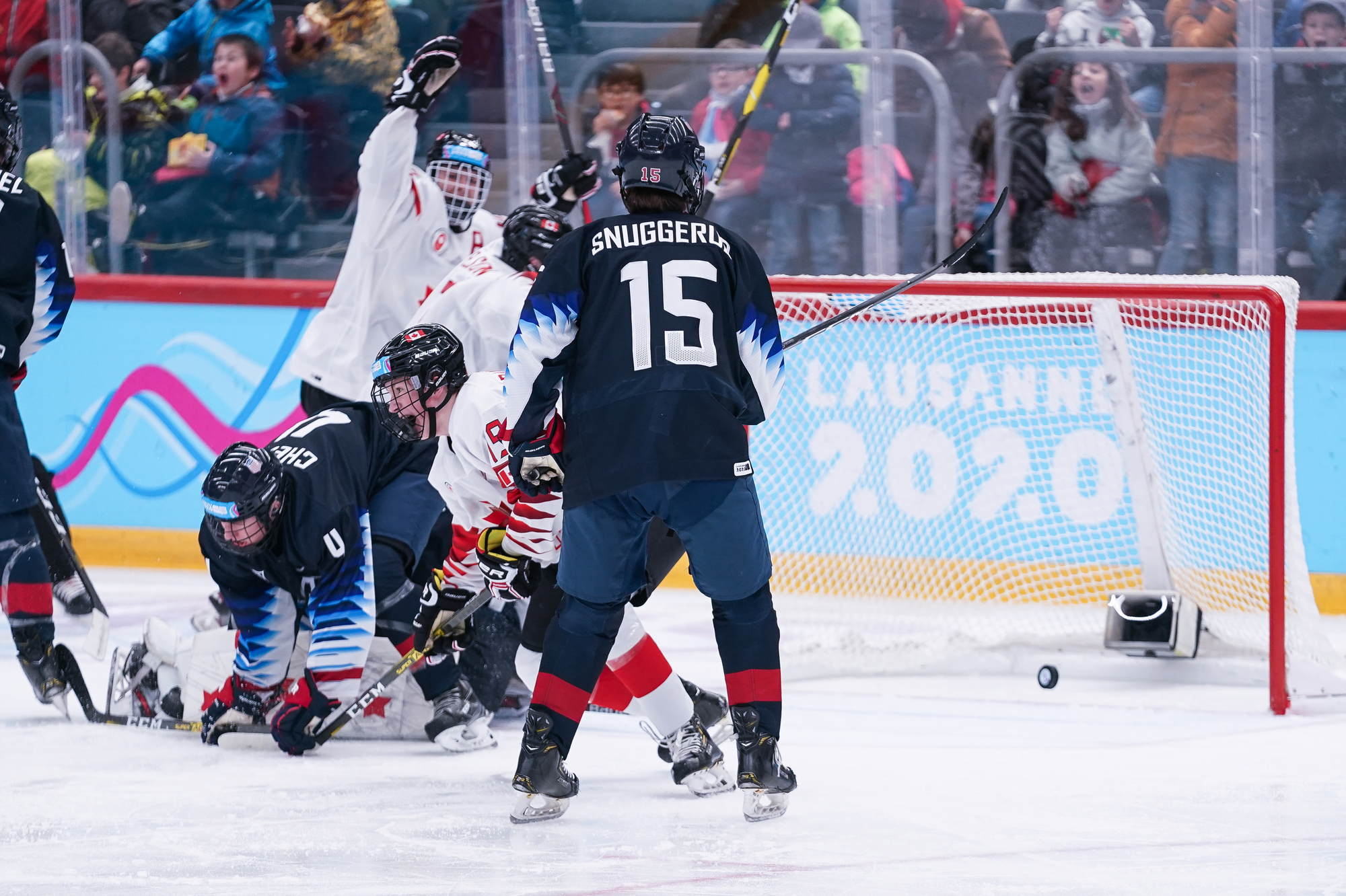 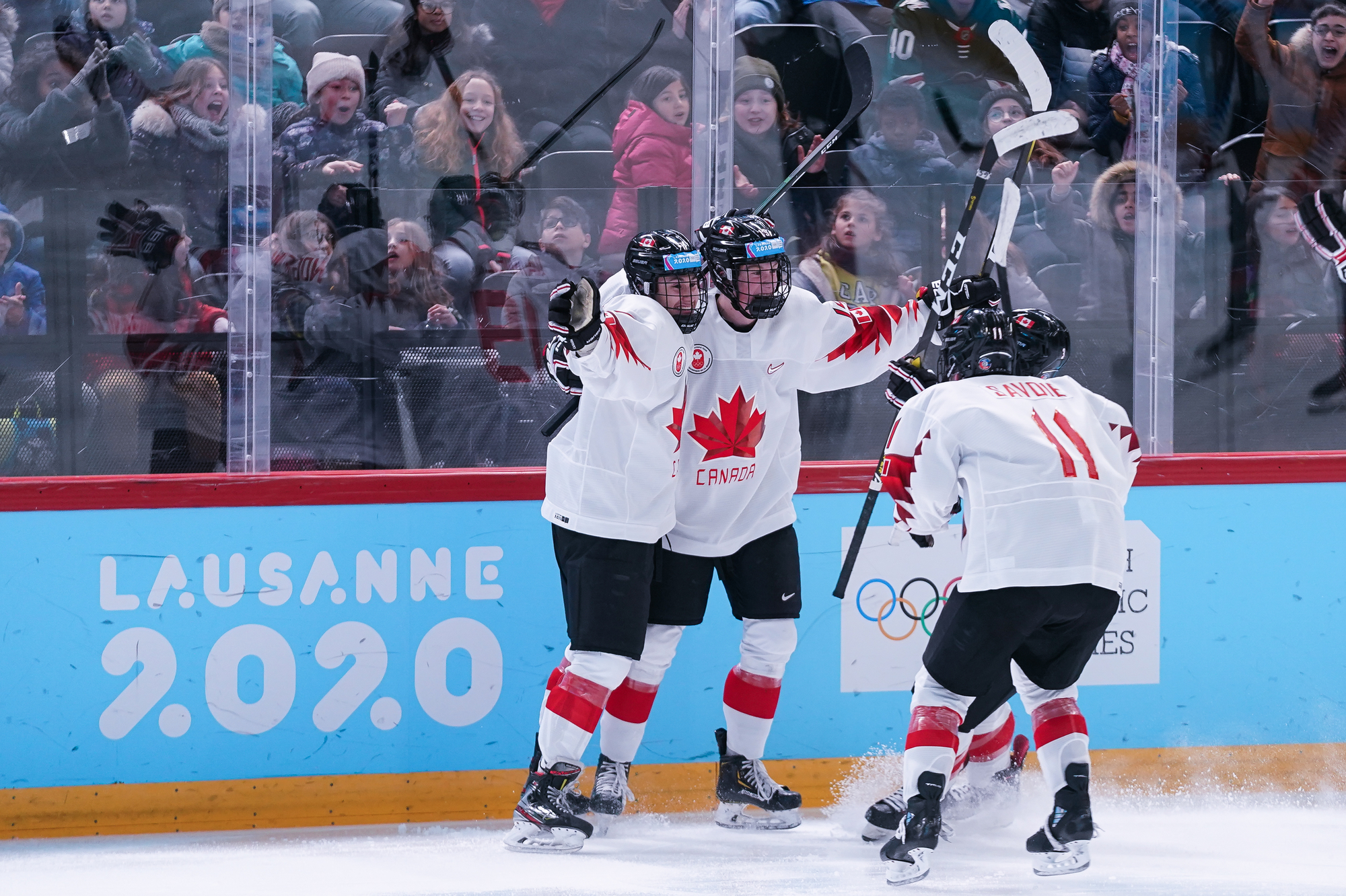 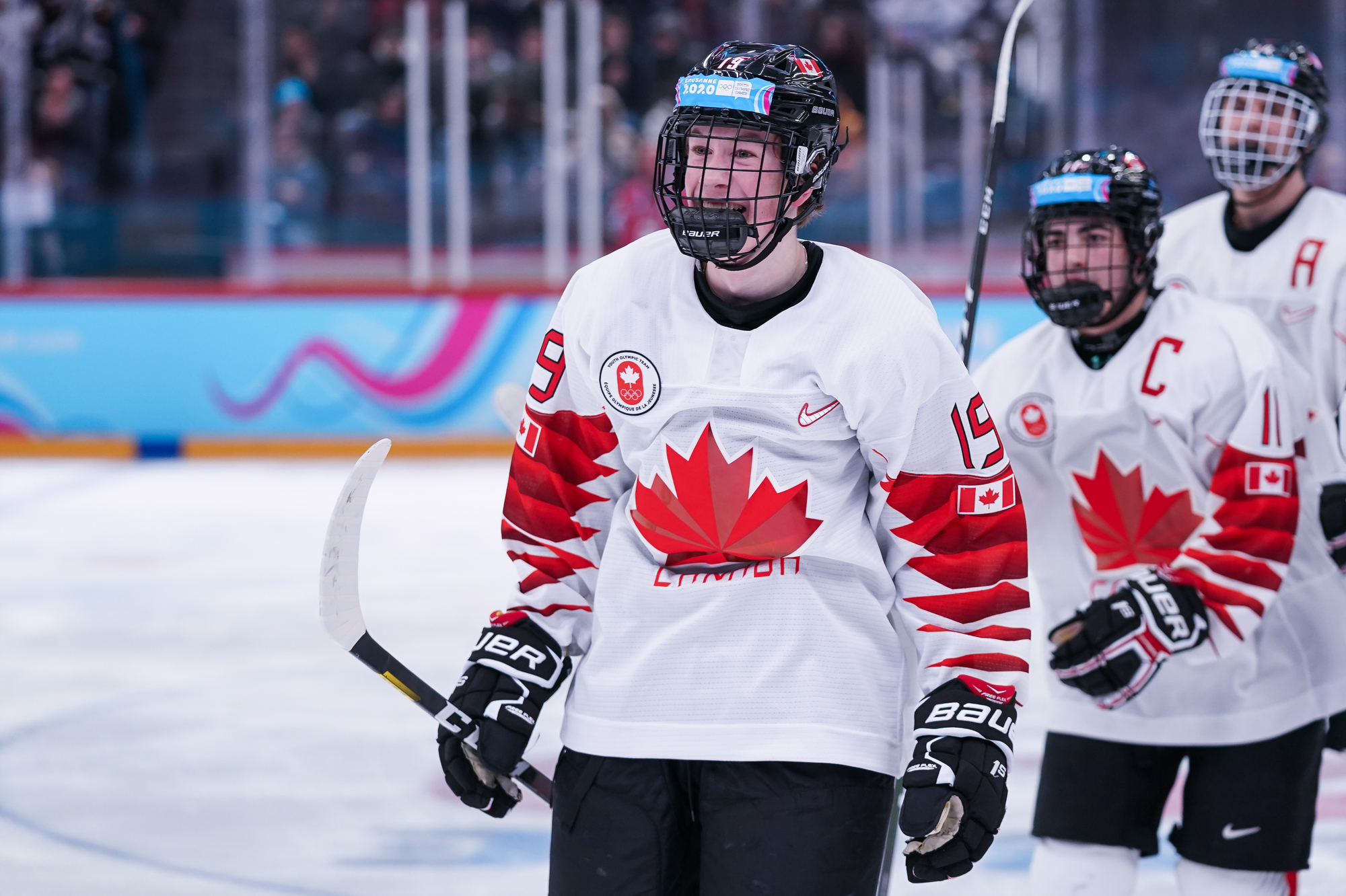 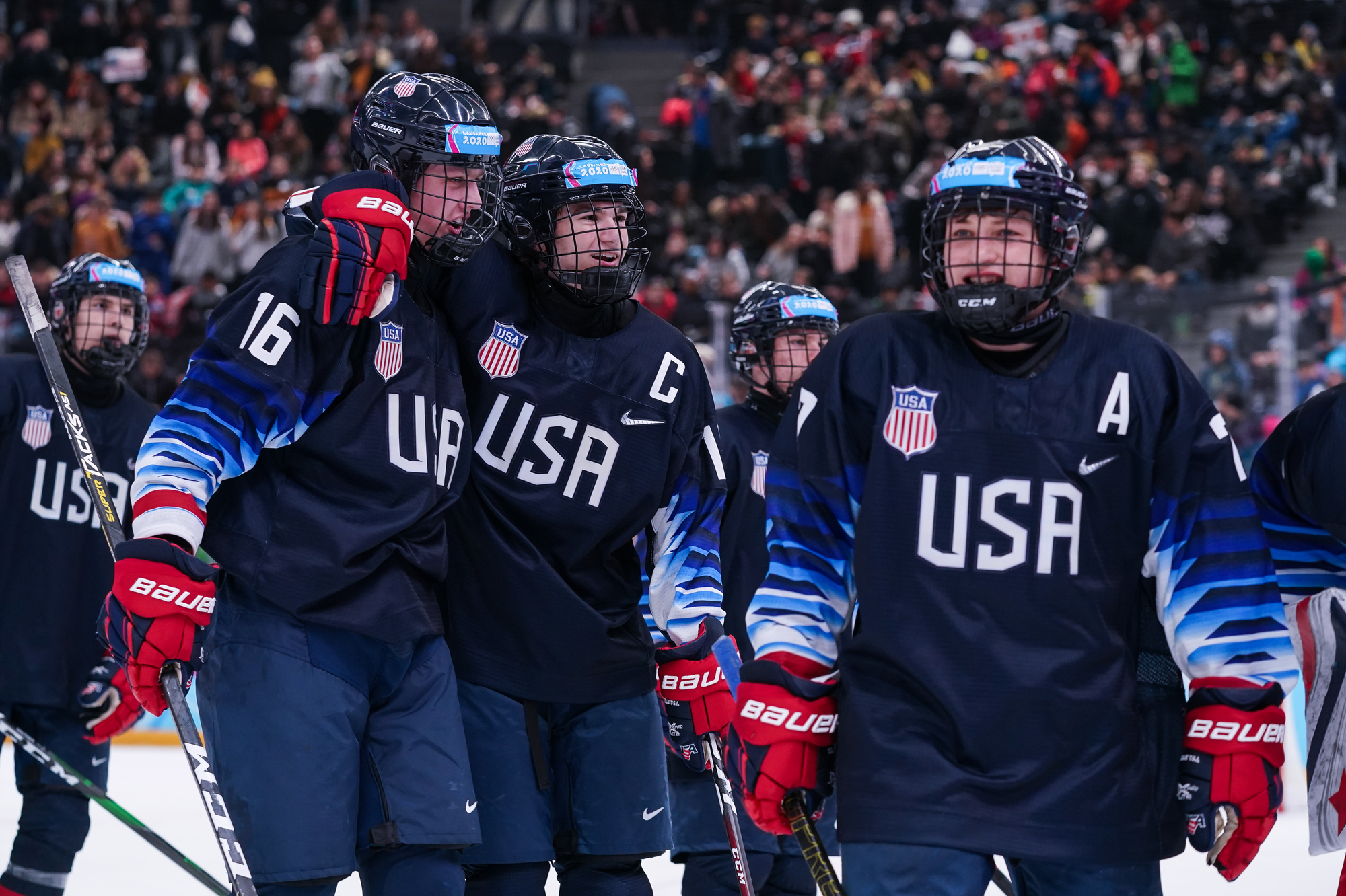 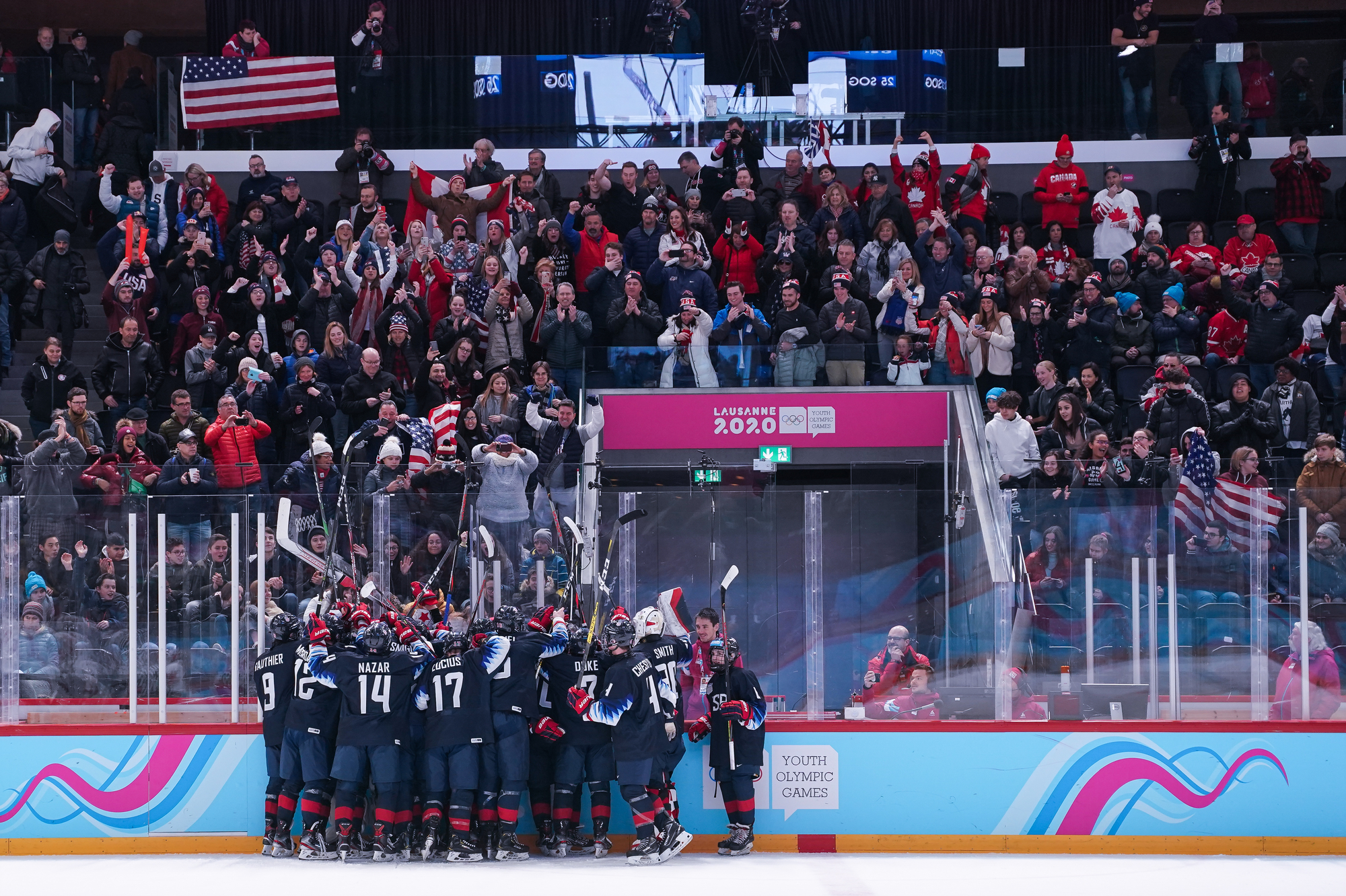 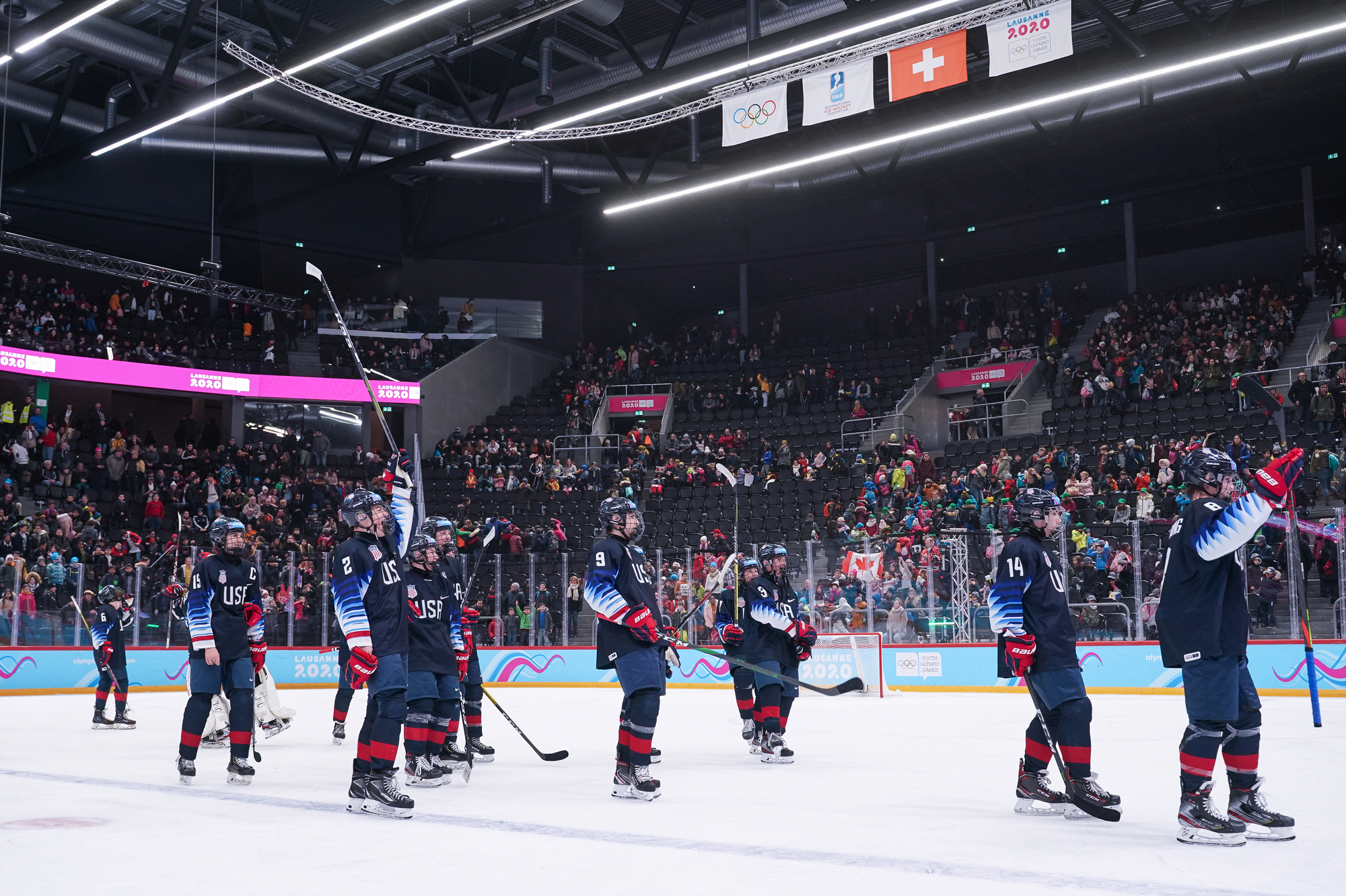