After a strong first period the Finns saw an energized Swiss team battle back during two periods in front of 8,200 spectators at a full Vaudoise Arena in Lausanne. Mannisto’s goal with 59.7 seconds left on the game clock sent Finland to second place in the group and a semi-final encounter with Russia. Already Finland’s opening goal in the first period was scored in the last minute before the buzzer.

“We fought until the end. Both teams played the best game they could offer,” said a Manisto who was visible out of breath after the intense and emotional game. “It was amazing to play in this game, Switzerland is a pretty good team. We scored one more goal and won, that’s it.”

Finland had a strong first period in which Alessio Beglieri in the Swiss net had to be sharp and stretch for the pucks.

The Swiss team needed a while until it had a shot on goal but had its chanced too including during a power play in the 6th minute when Andrin Locher appeared alone in front of the net but didn’t bring the puck past Topias Leinonen.

With 25 seconds left the offensive work the Finns put in eventually paid off during a power play. Tuomas Hynninen on the left passed to the right to Jani Nyman, who found Topi Ronni close to the net. Ronni netted the puck with the top-shelf shot to give Finland the well-deserved lead. The Finns outshot Switzerland 17-3 in the first period.

The Swiss came out strong from the dressing room for the middle frame and had several dangerous appearances in front of the Finnish net energized by the loud local fans. However, the Finns were waiting for counter-attacks and made it a game that could have gone into either direction.

Leinonen had some great saves to make to keep Finland in front but the Swiss also missed too often with their shots such as a Timour Namalgue breakaway 10 minutes into the middle frame.

Shots were 9-9 in a middle frame that set up an exciting finish.

An interference penalty against Elmeri Laakso eventually paved the way for Switzerland’s game-tying goal. After Jonas Taibel’s distance shot Yannic Offner and Mattia Comolli tried to put the puck in straight in front of the net. Leinonen blocked their attempts but Louis Fullemann’s shot from the left side eventually found its way into the net for the 1-1 goal.

“We played a great game and gave everything. In the end it was just a goal that made the difference,” Swiss goaltender Beglieri said.

It was an open game until an end with happy Finnish players. With 59.7 seconds left in regulation time Mannisto scored the game-winning goal for Finland. He skated into the Swiss zone, was interfered but simply stood up again to beat Beglieri and shoot Finland to tomorrow’s semi-finals.

“Russia will be a tough game, it will be hard, we need to give 100 per cent in that game so we can fight for a win,” said Manisto.
Finland vs. Switzerland - 2020 Youth Olympic Games (Men) 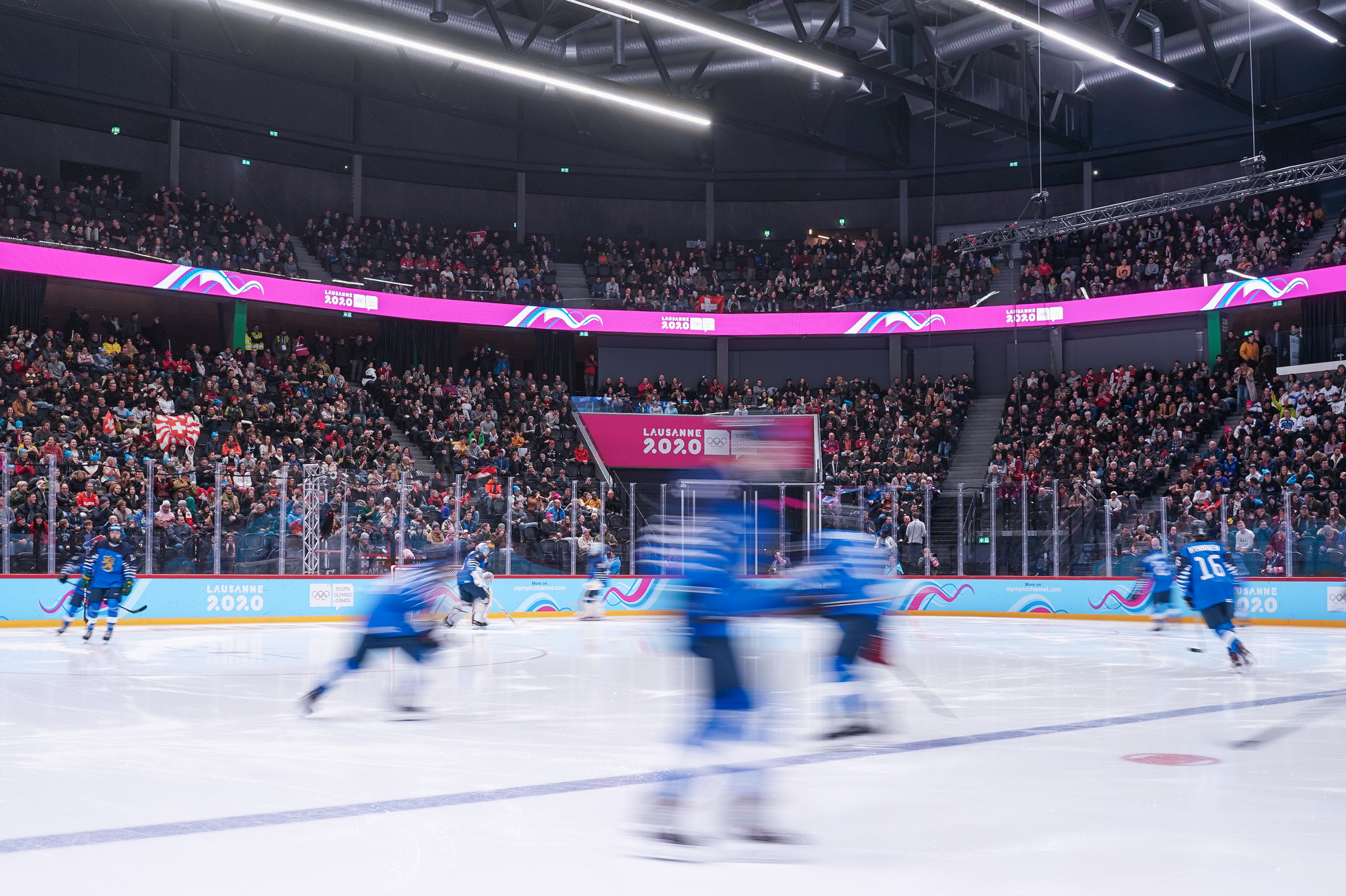 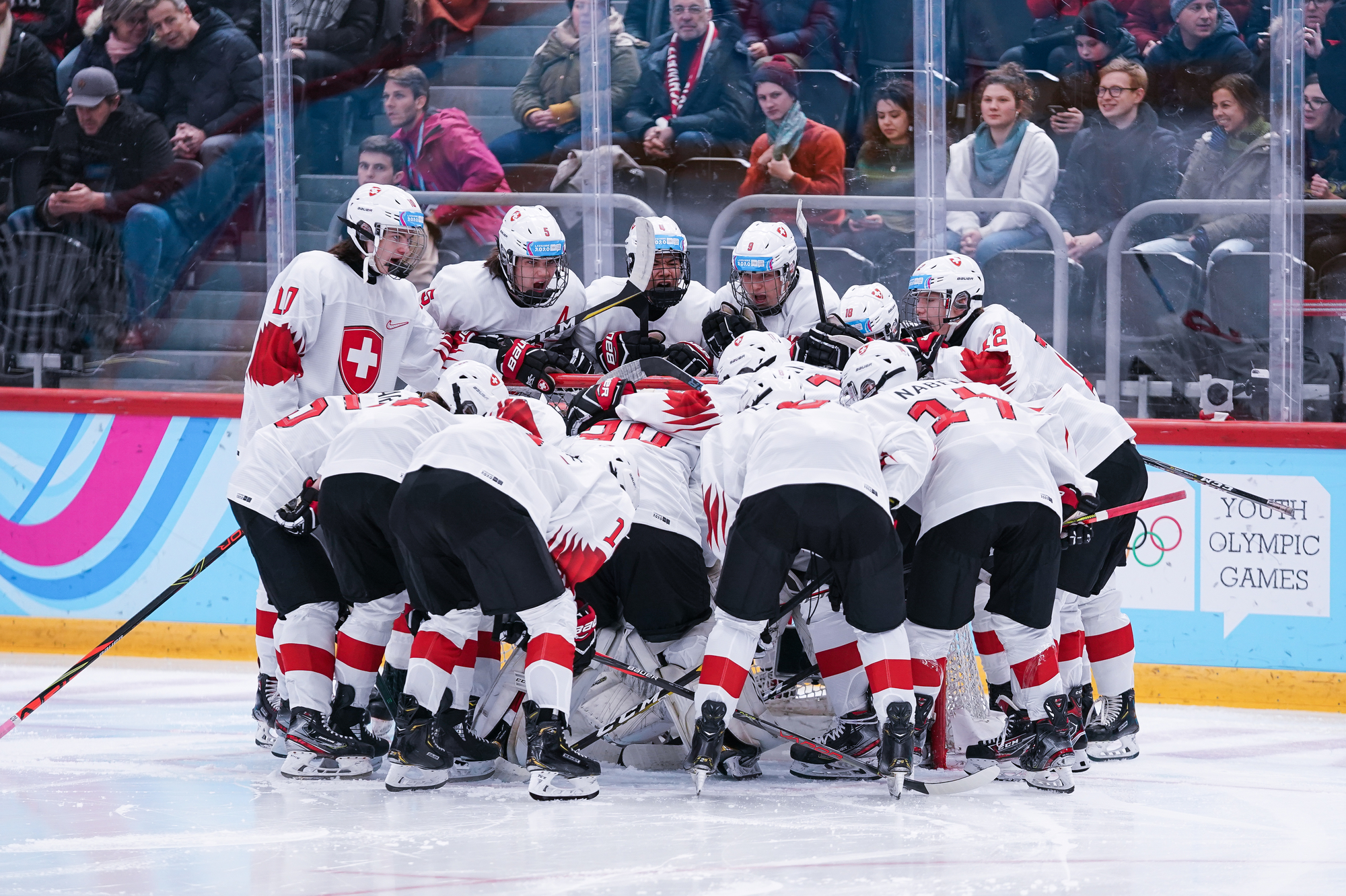 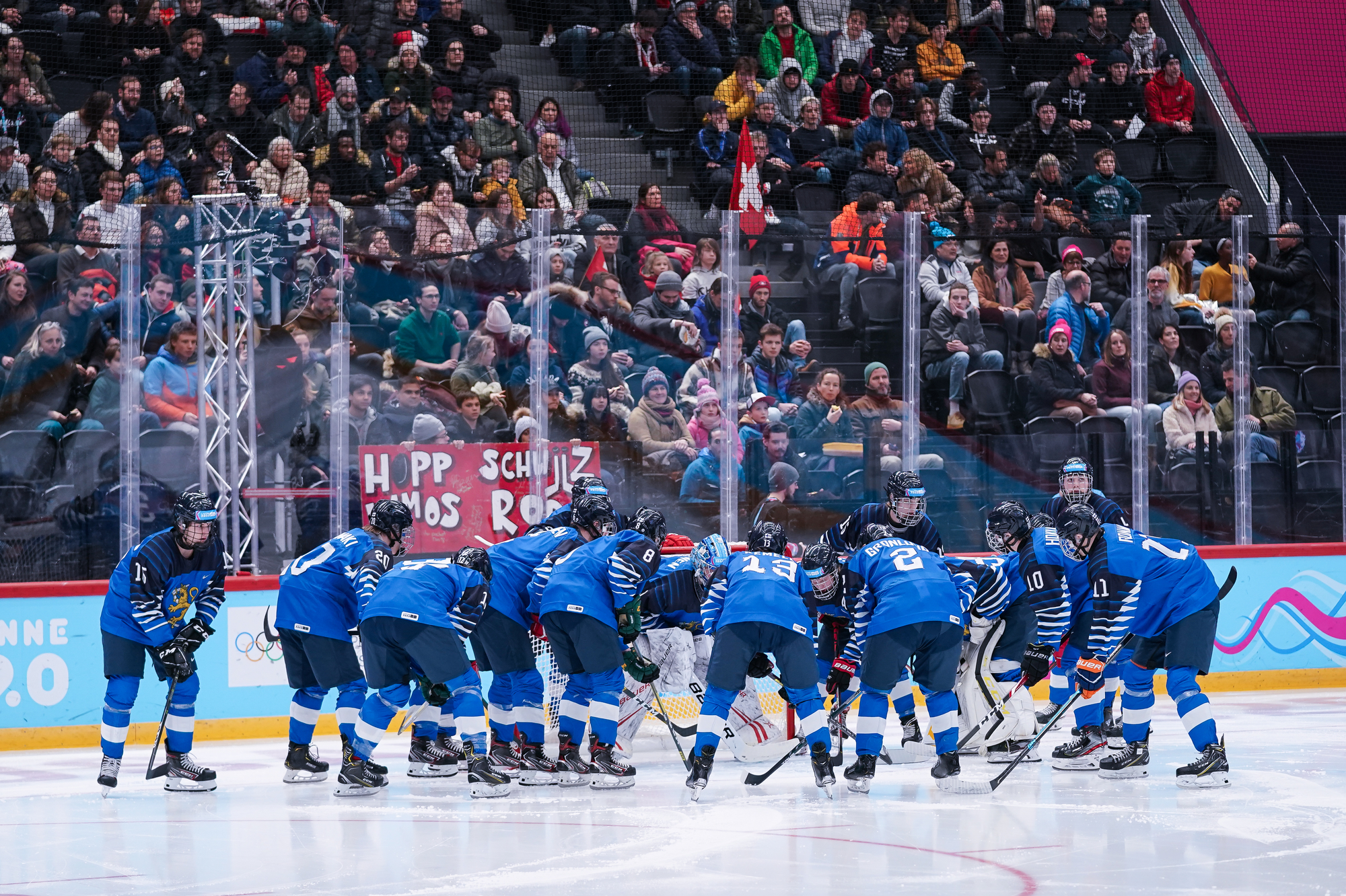 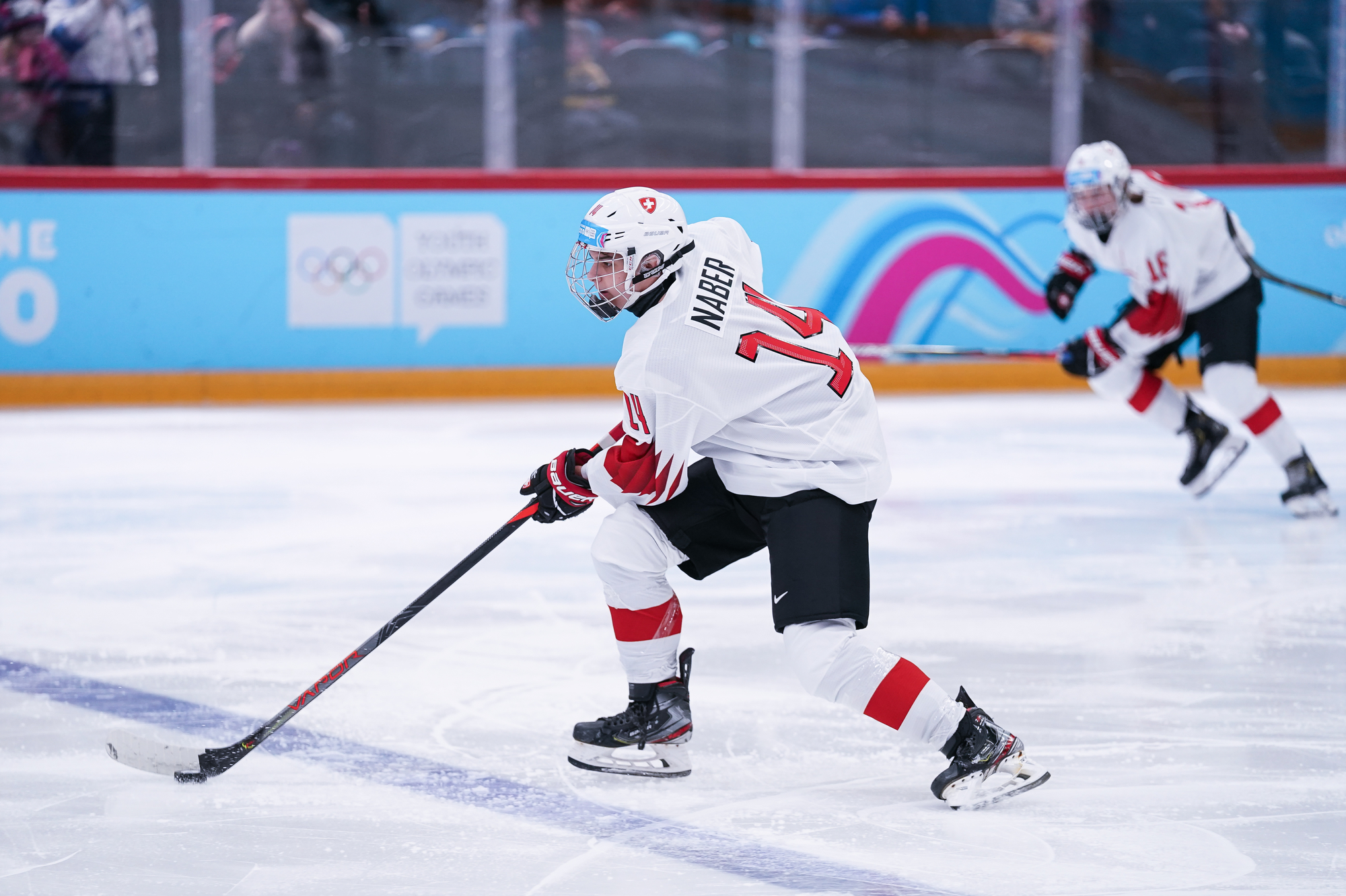 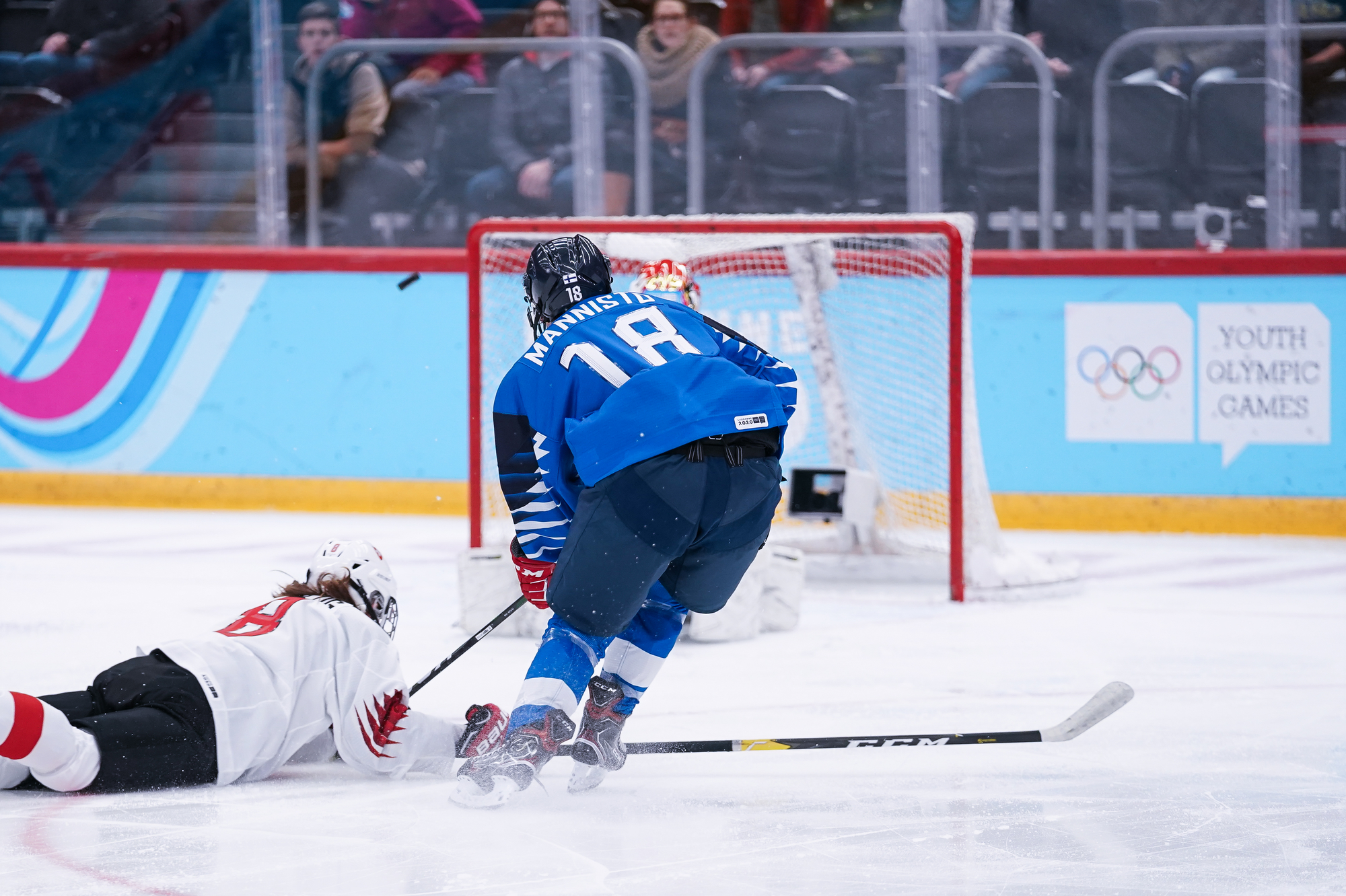 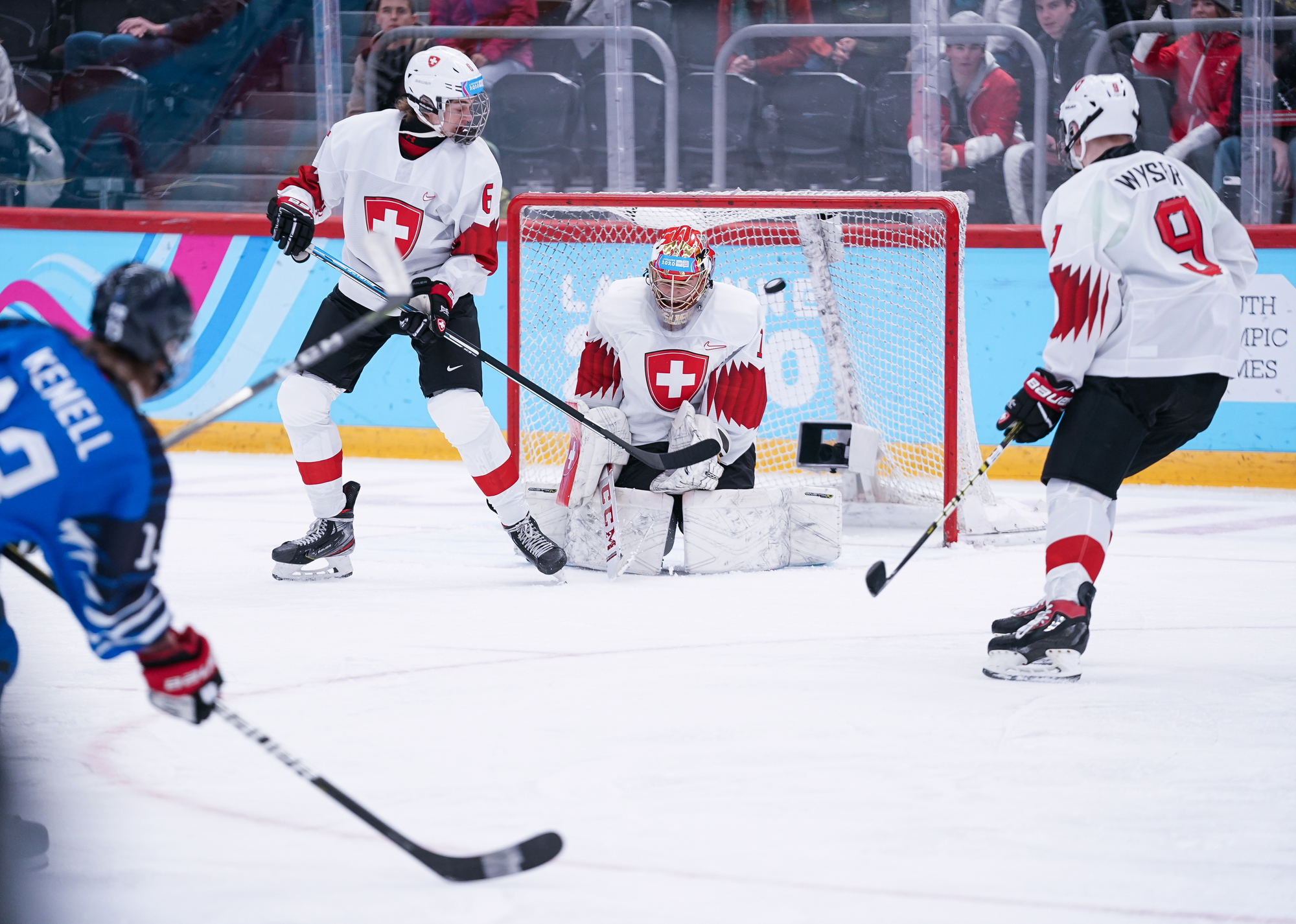 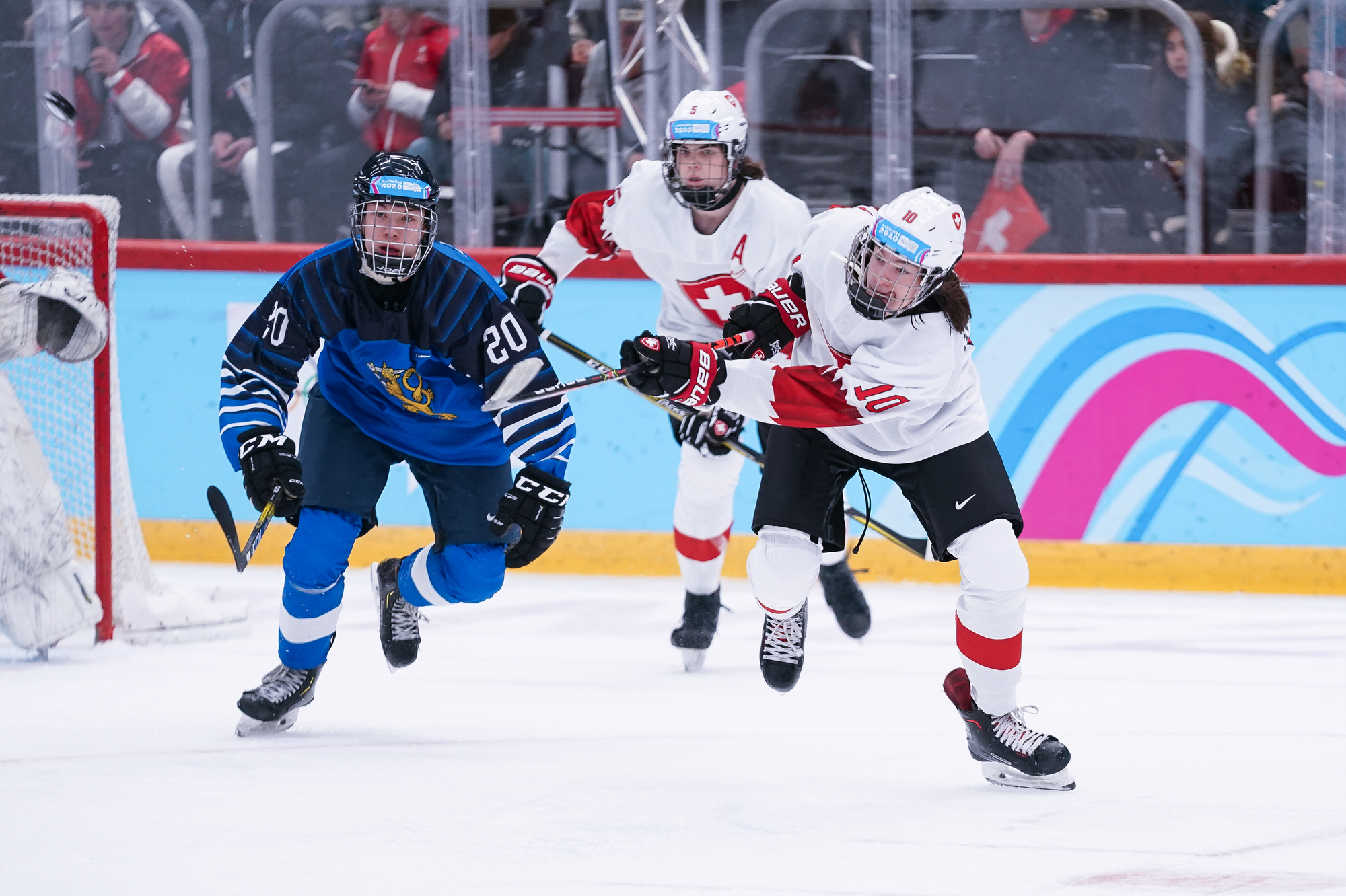 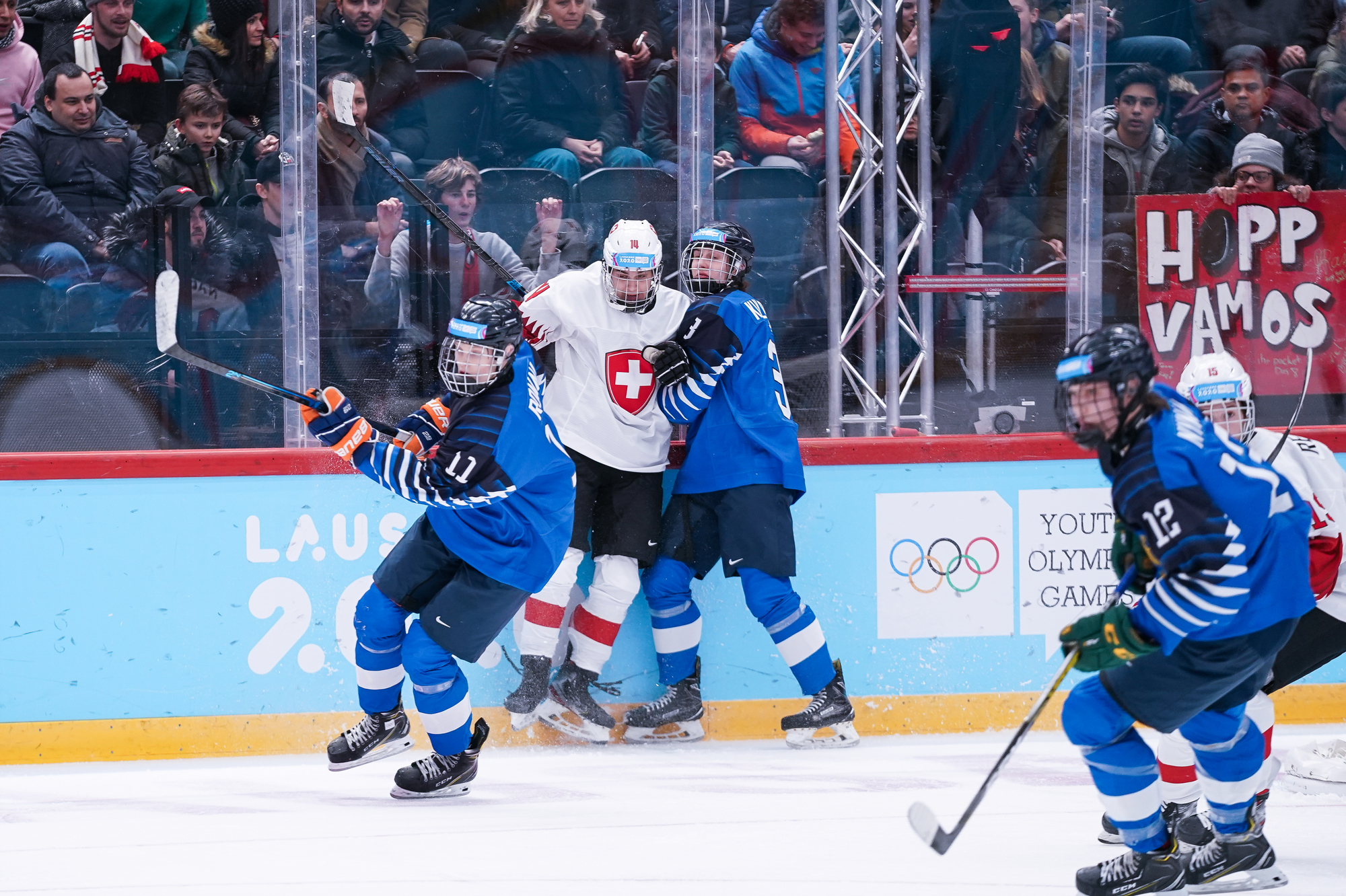 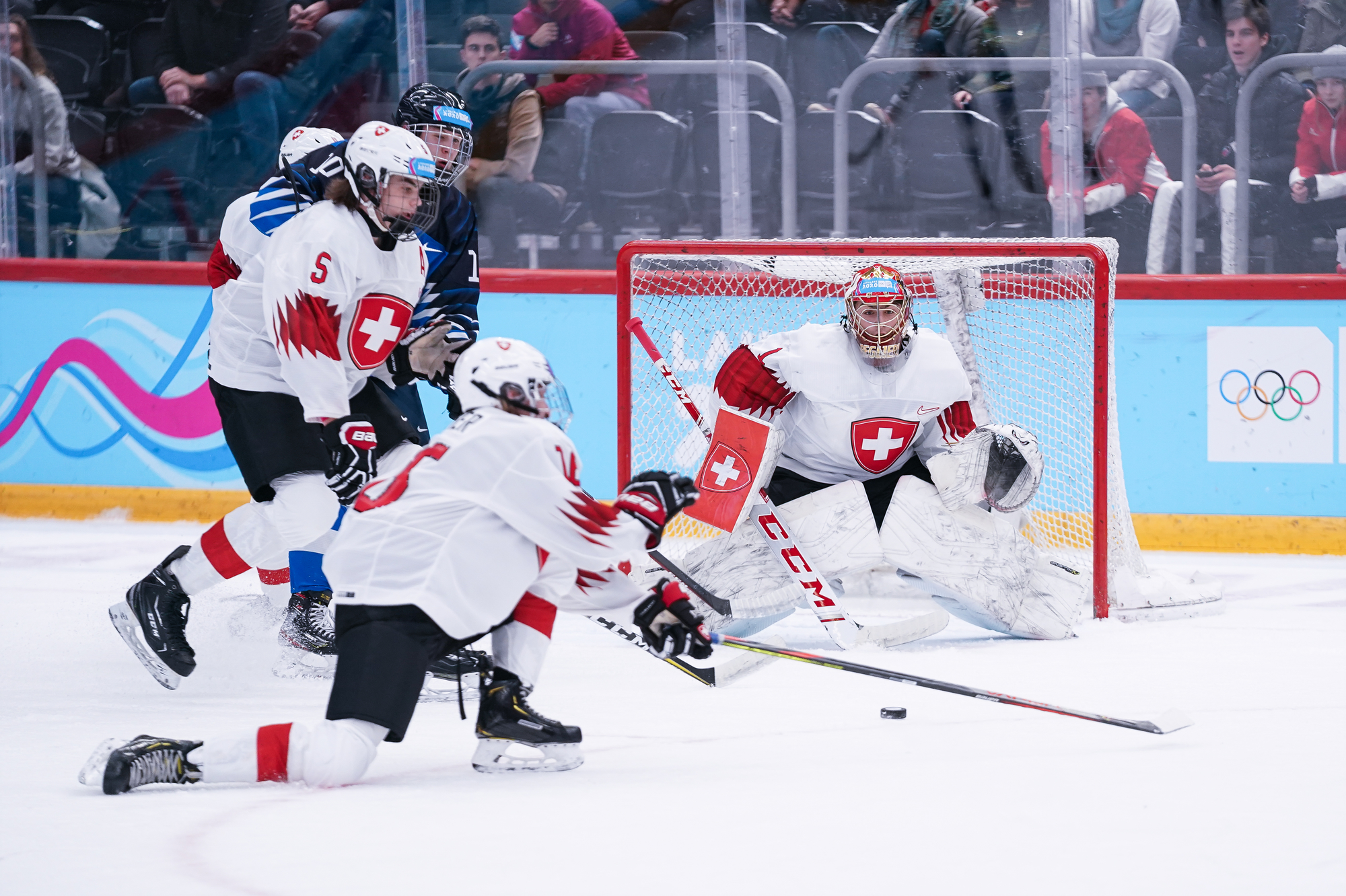 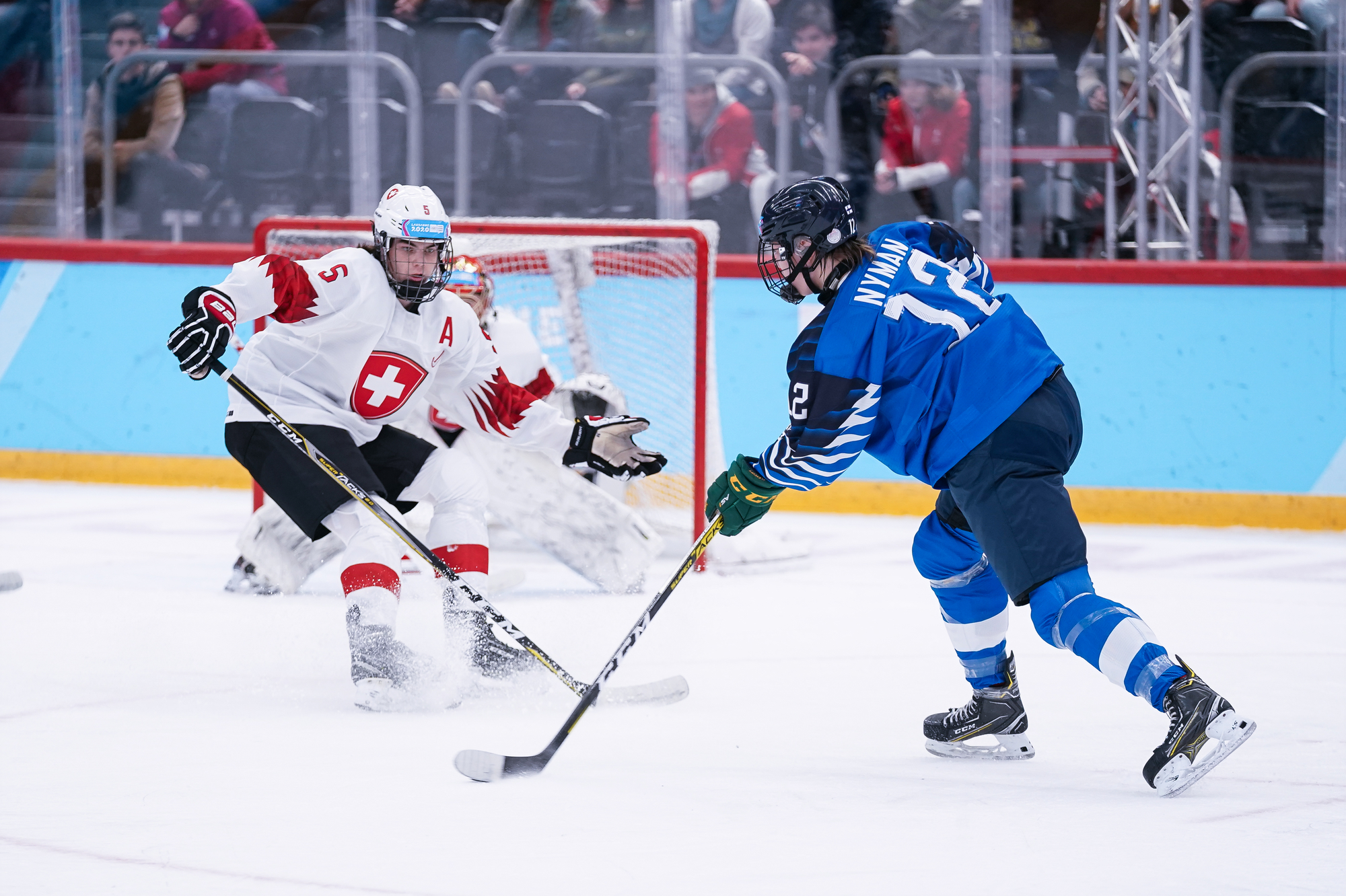 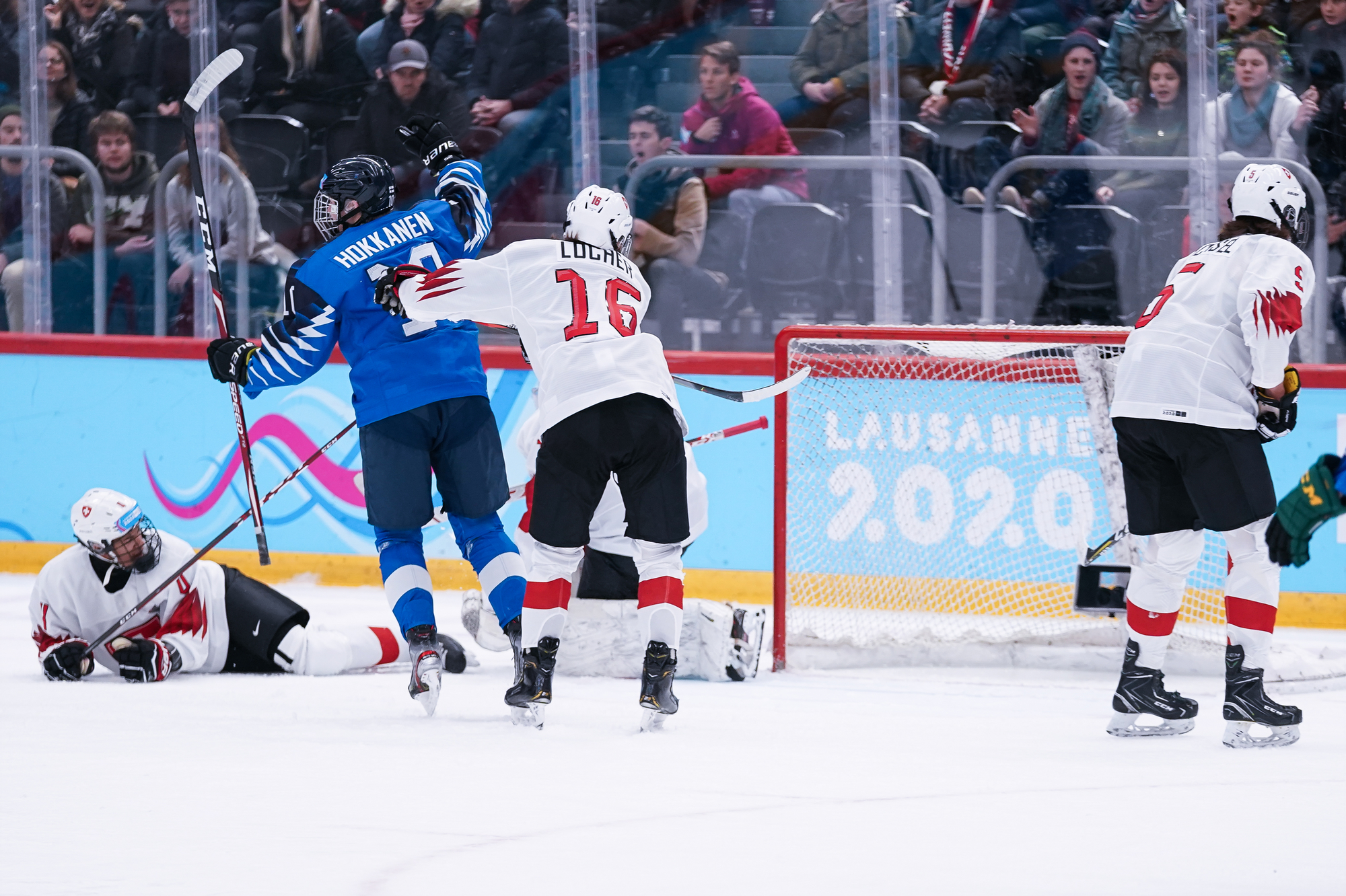 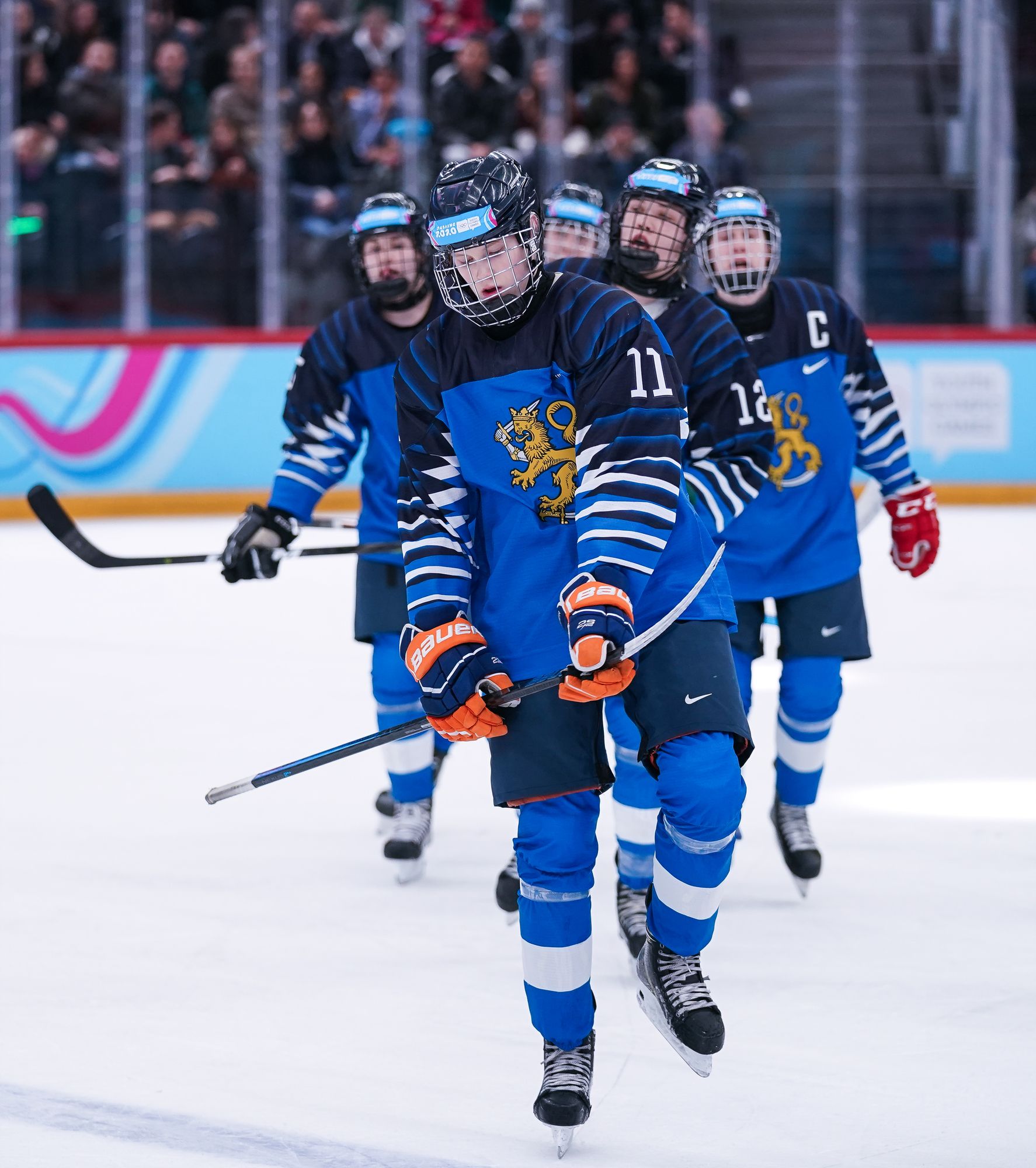 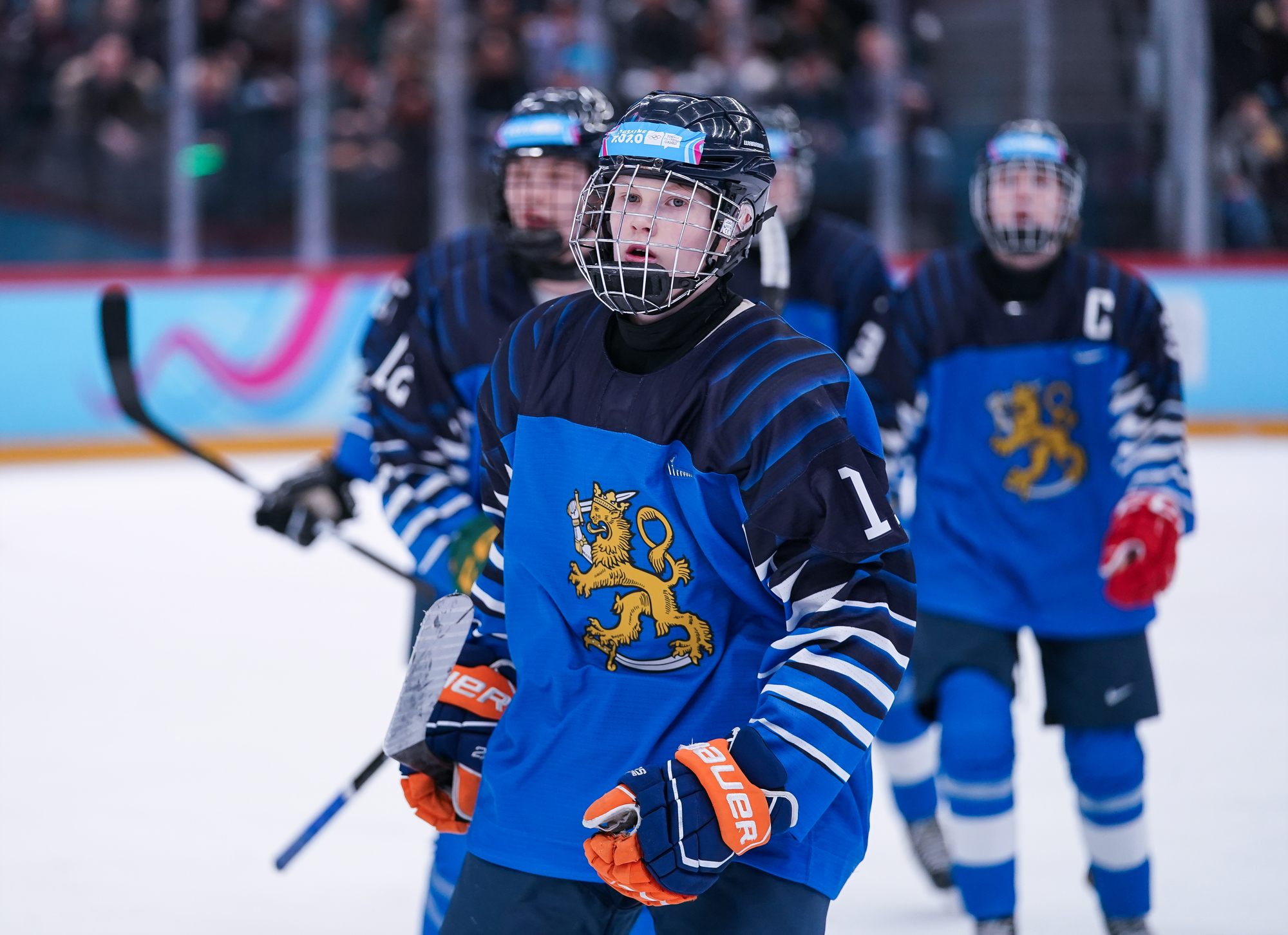 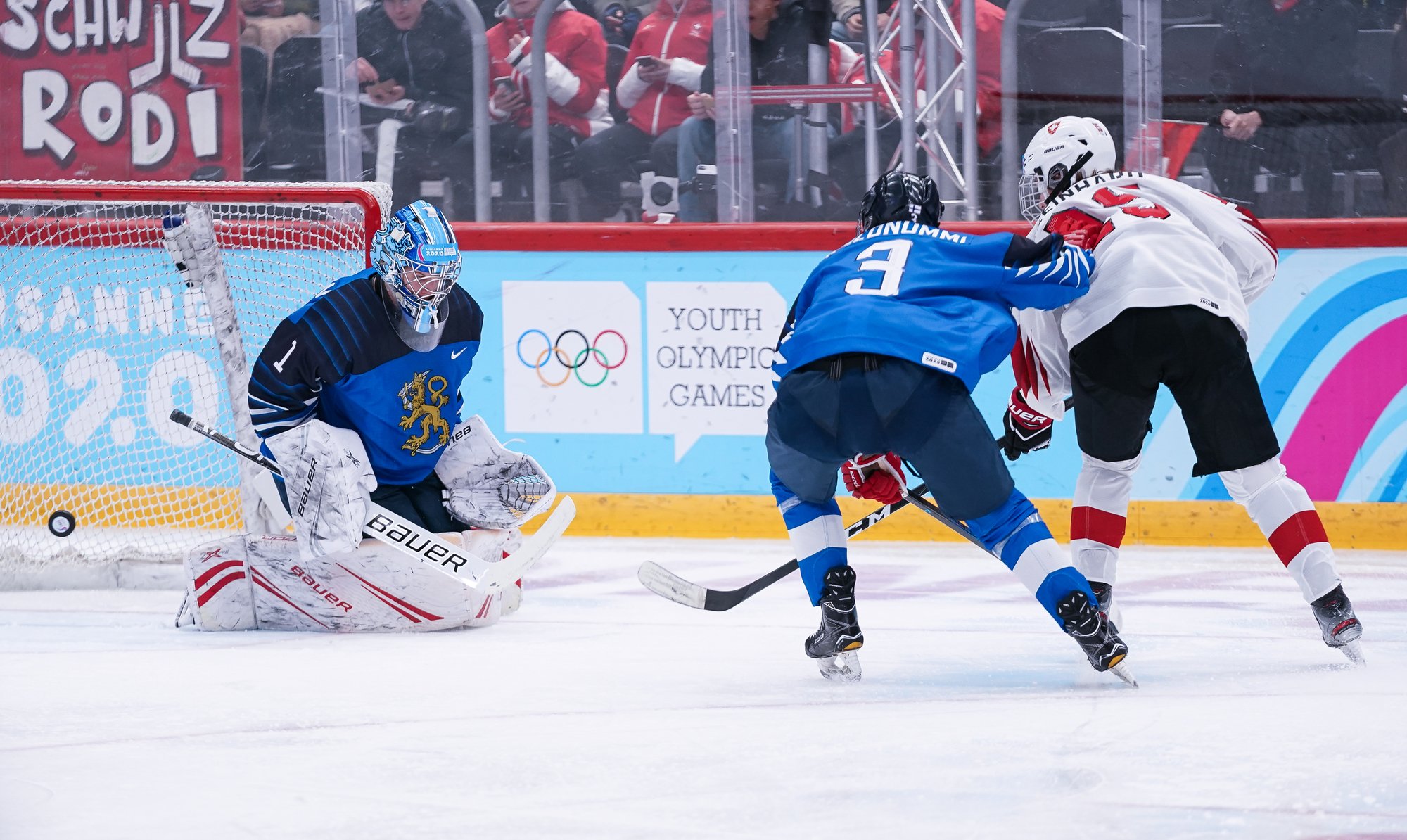 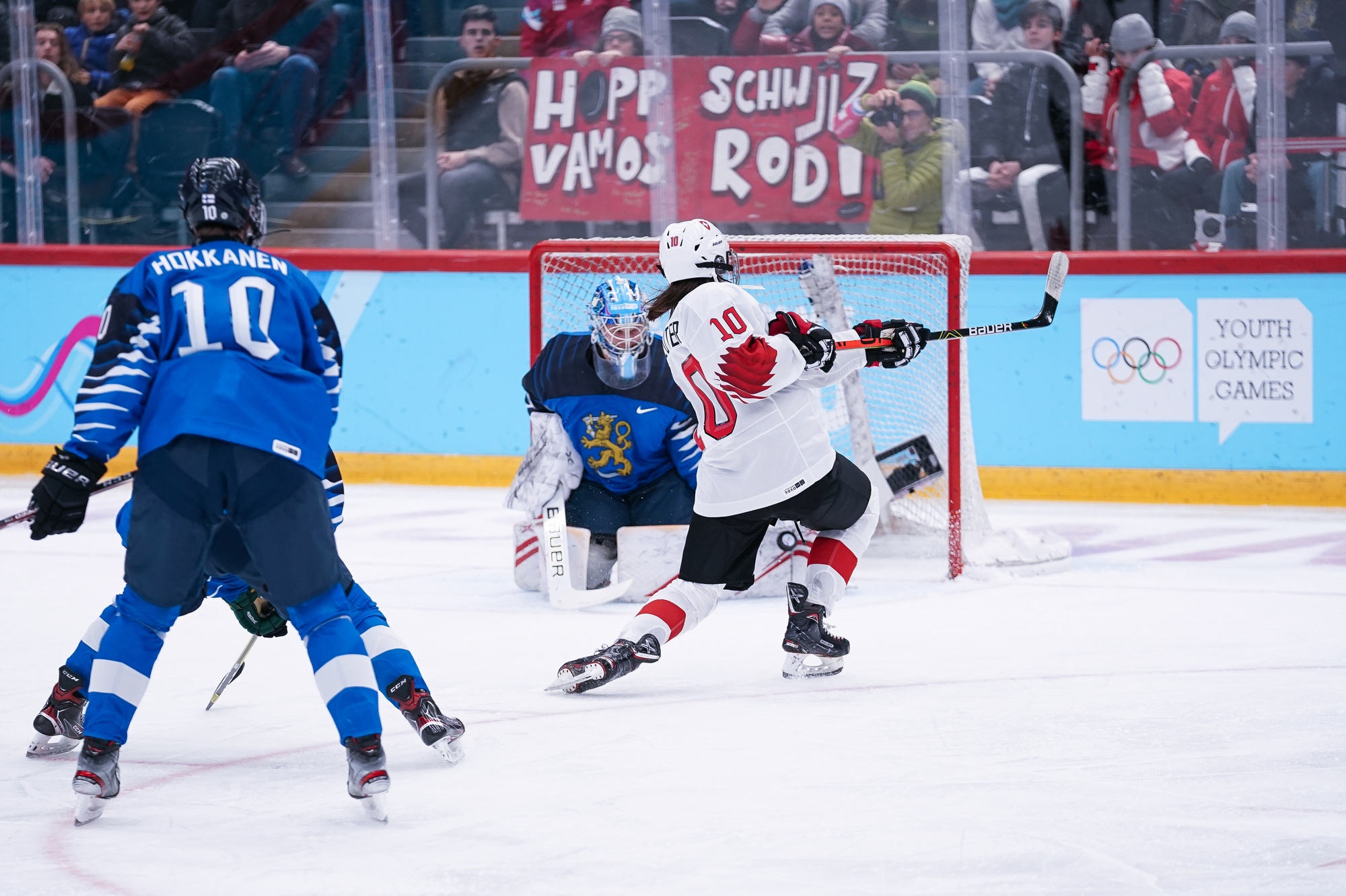 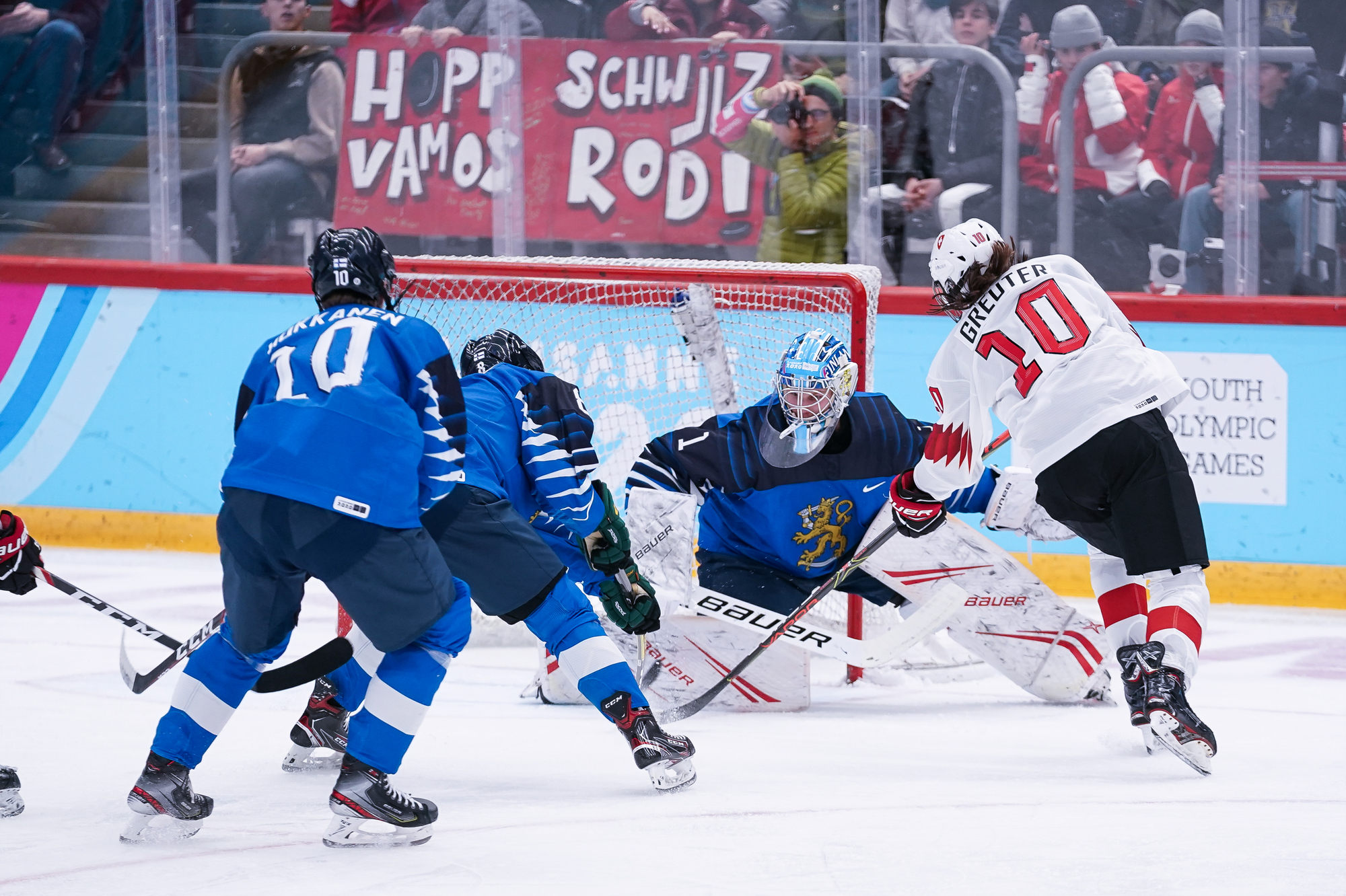 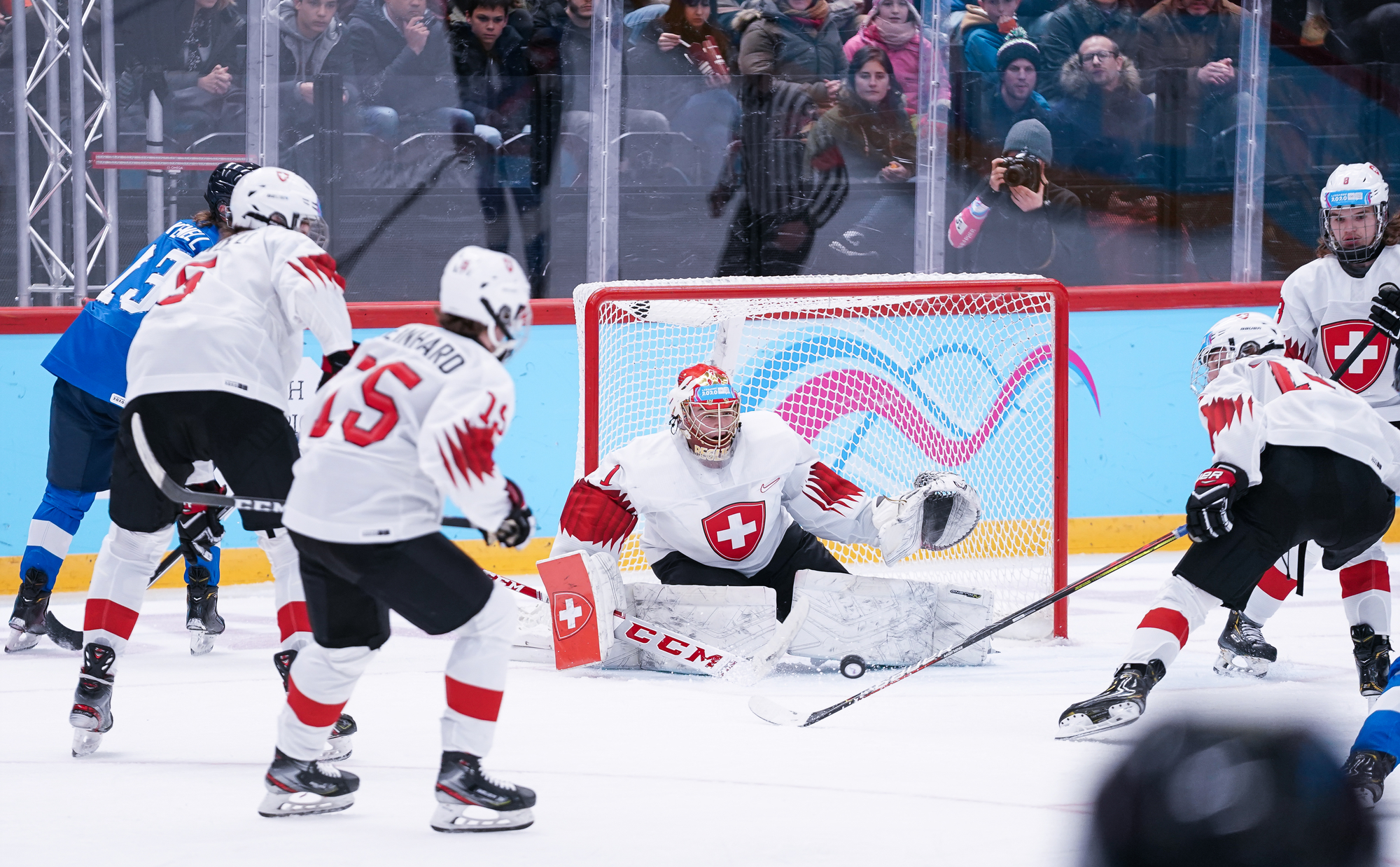 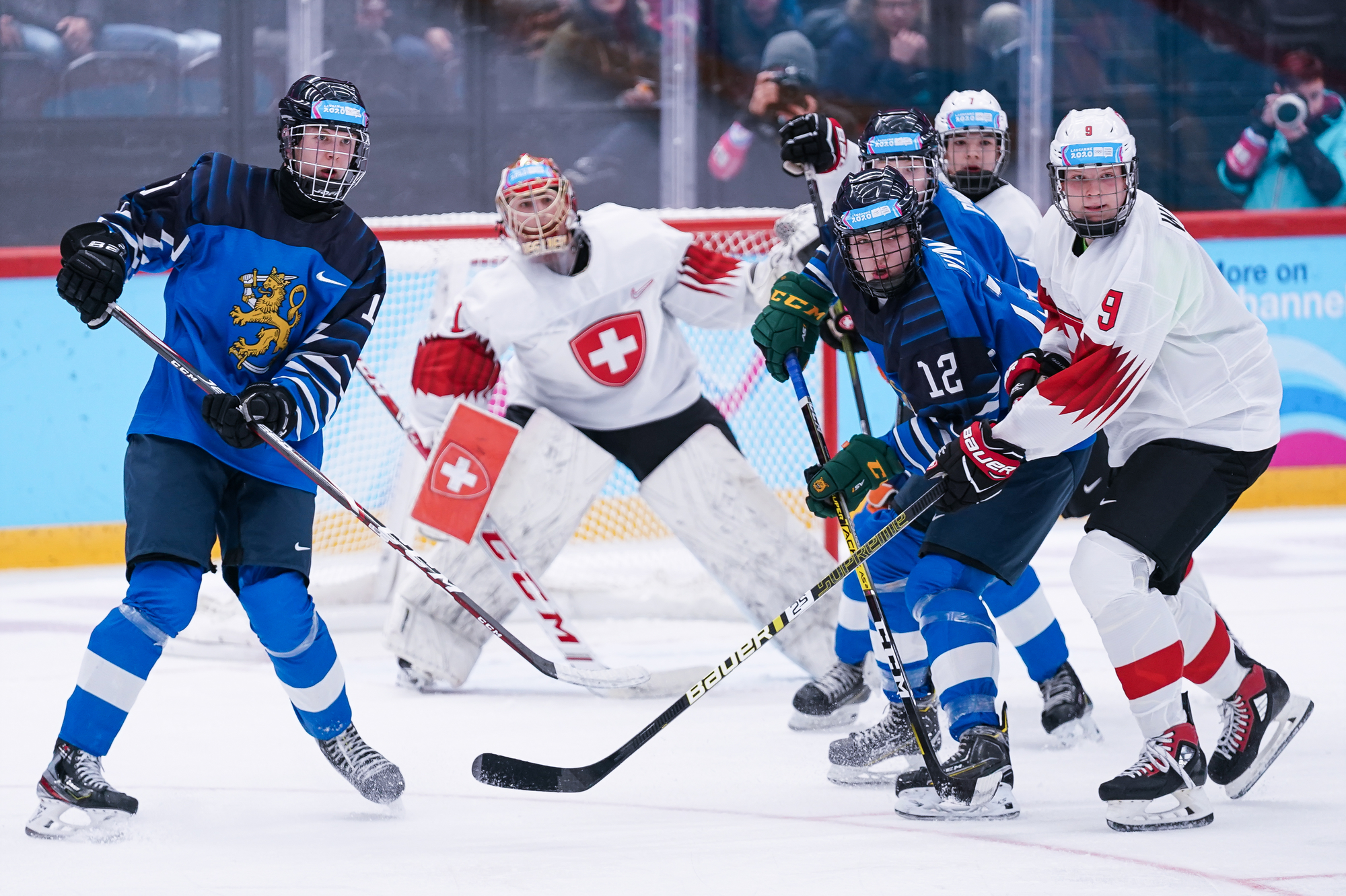 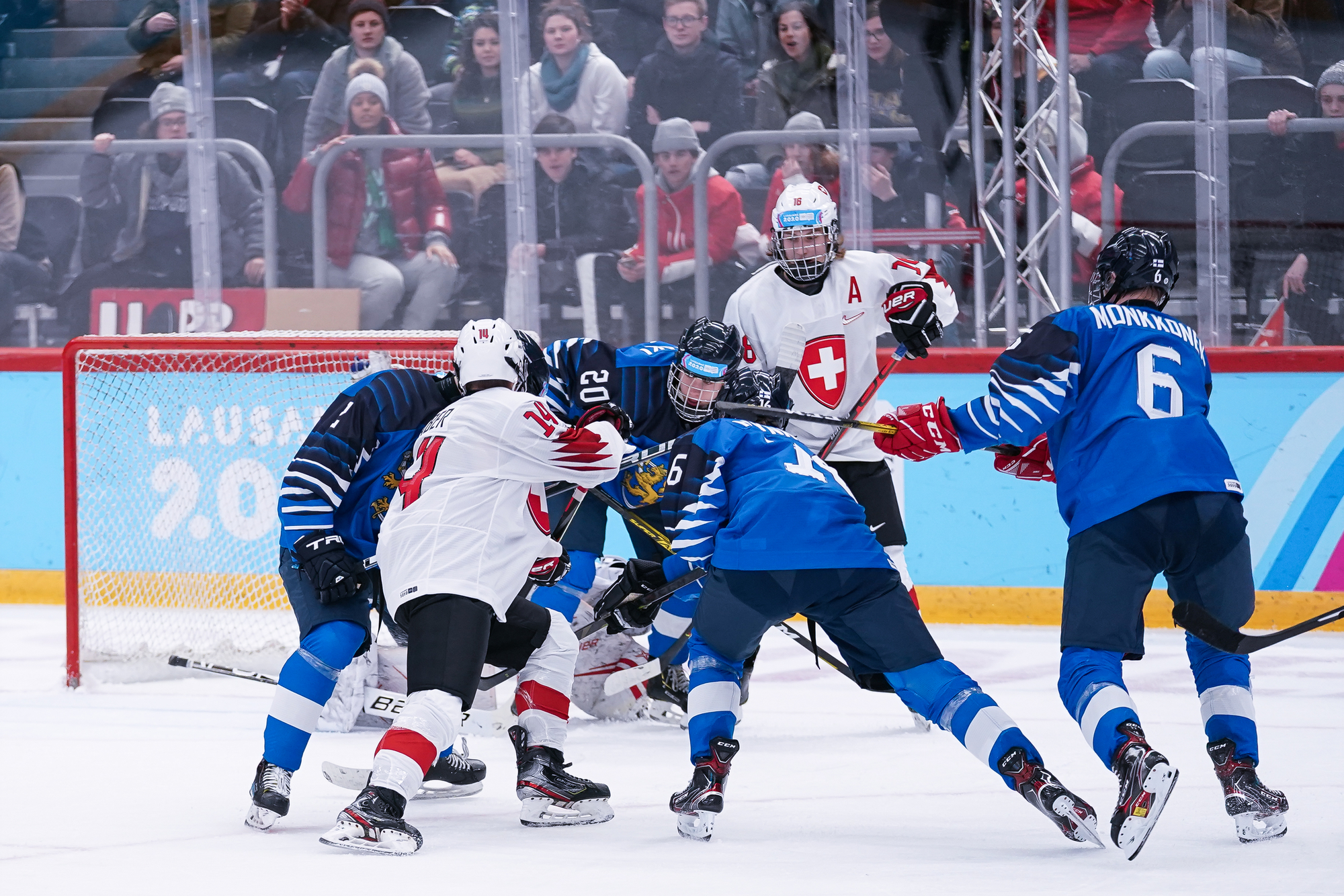 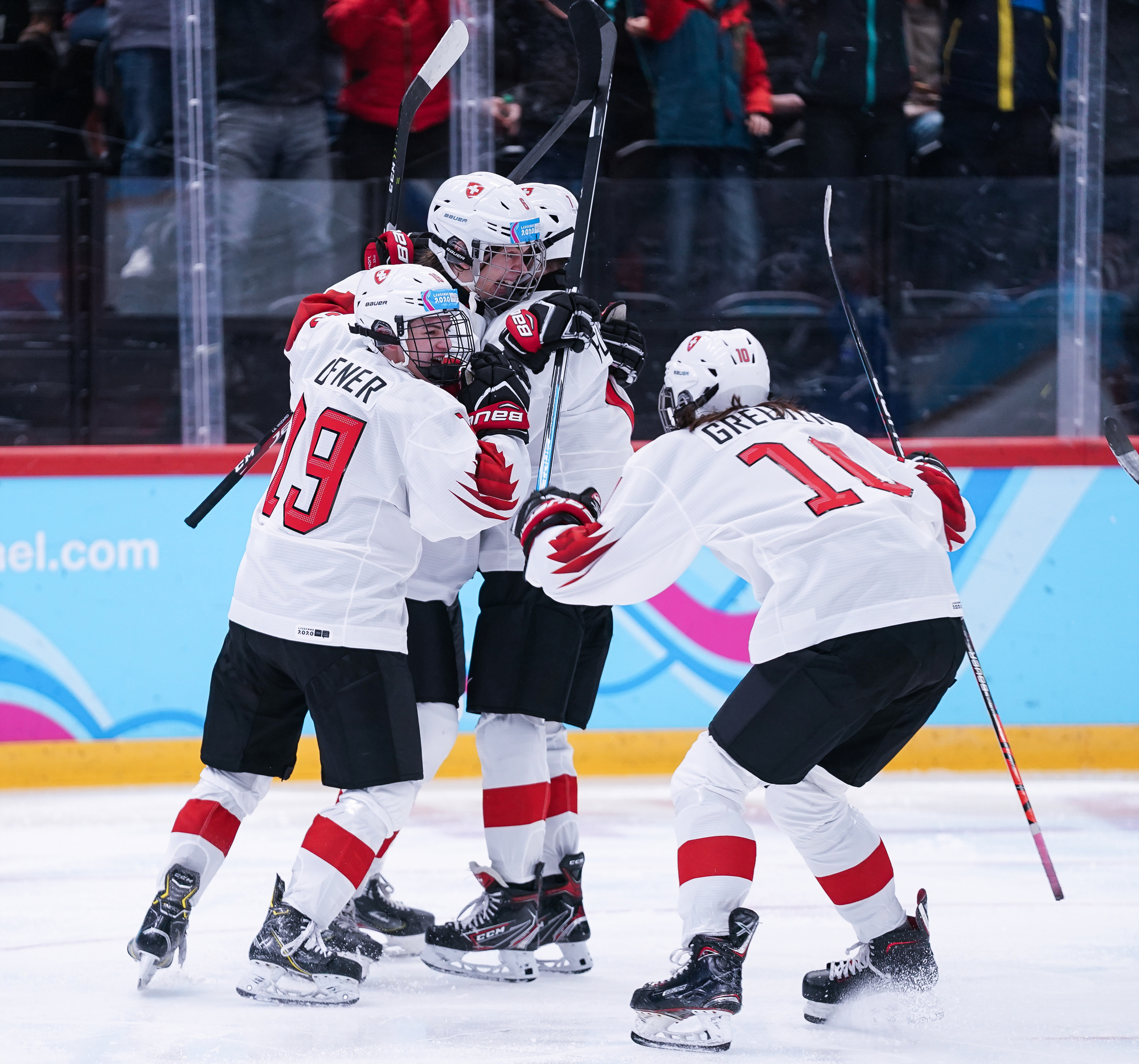 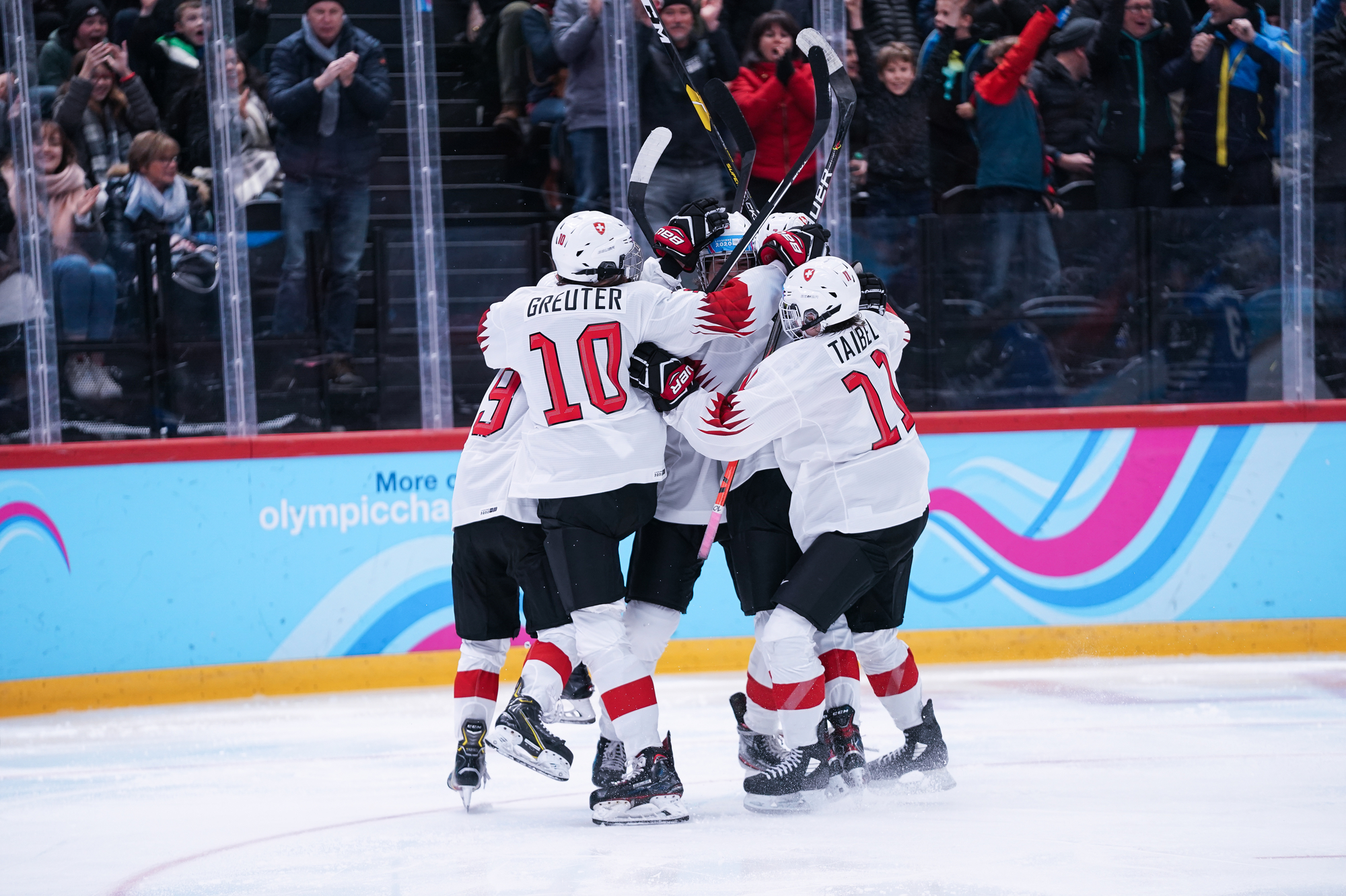 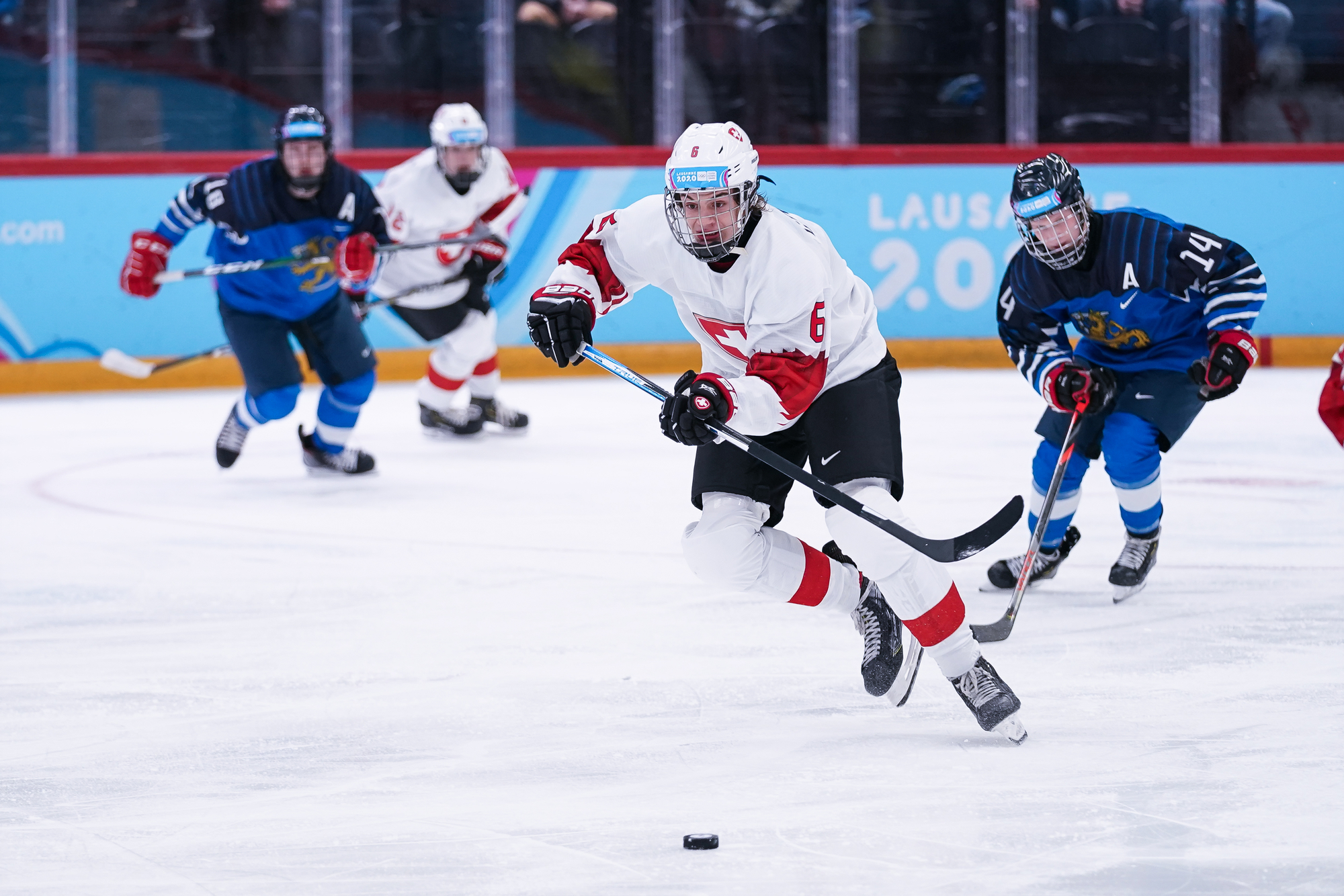 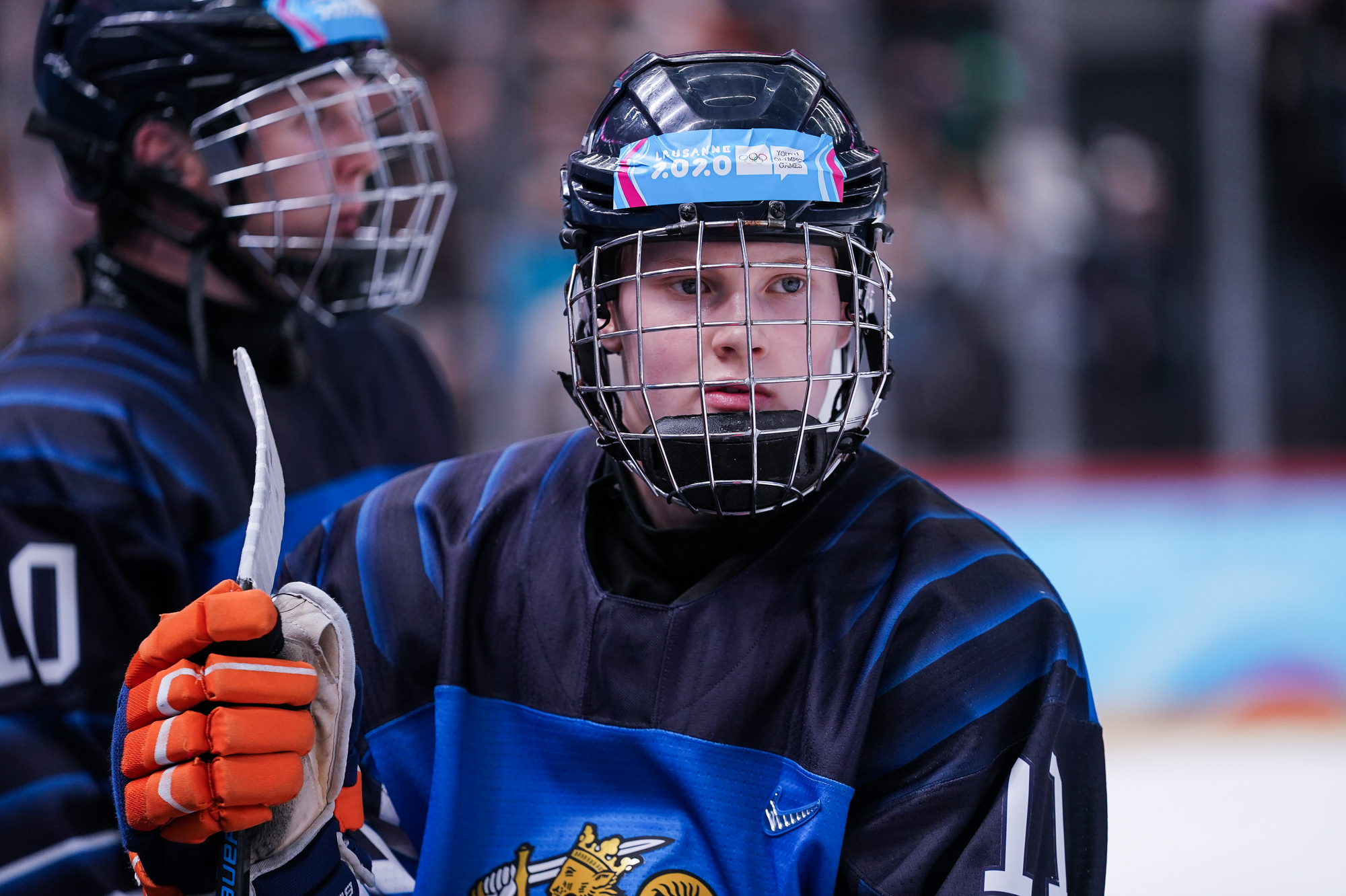 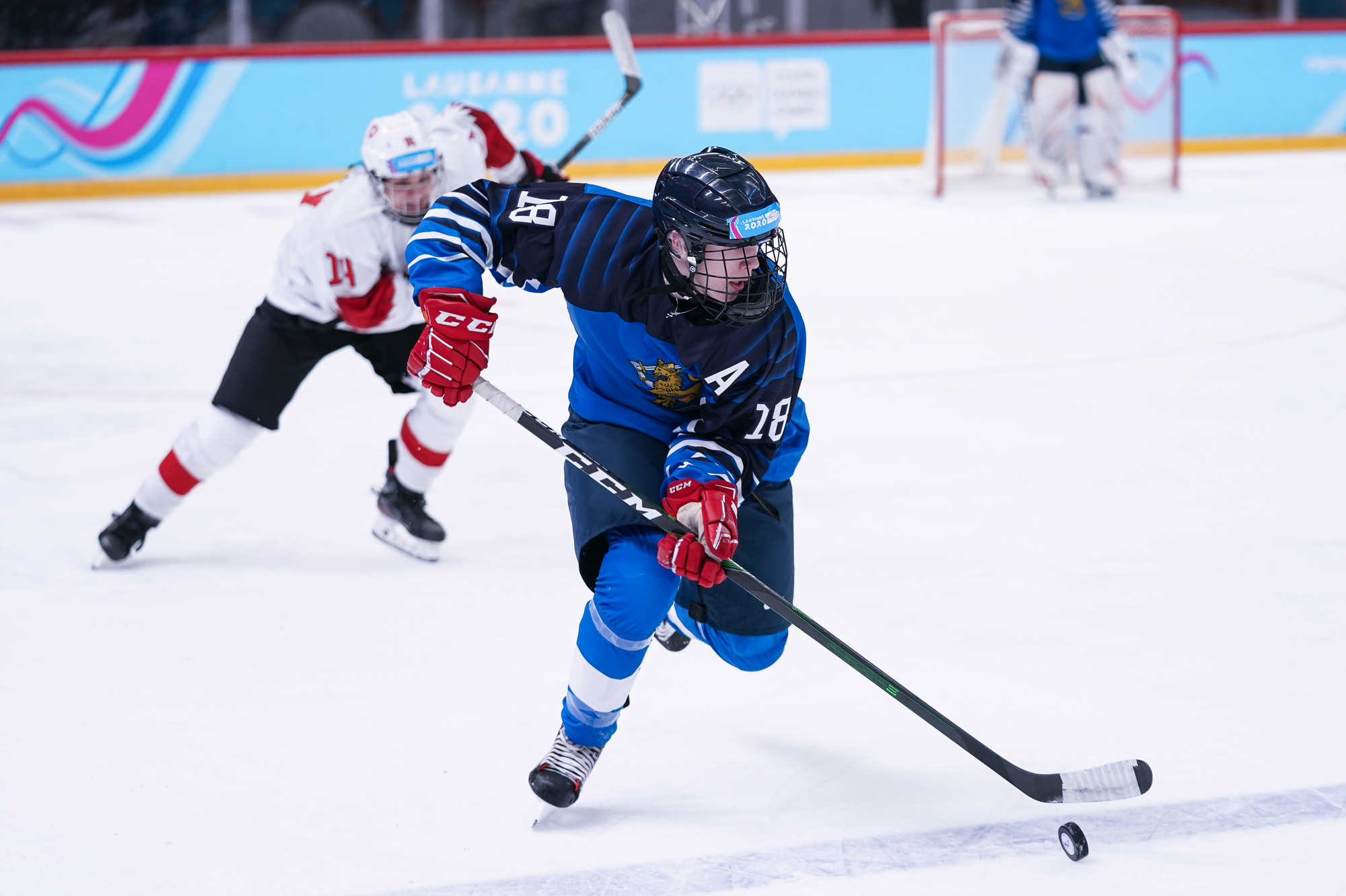 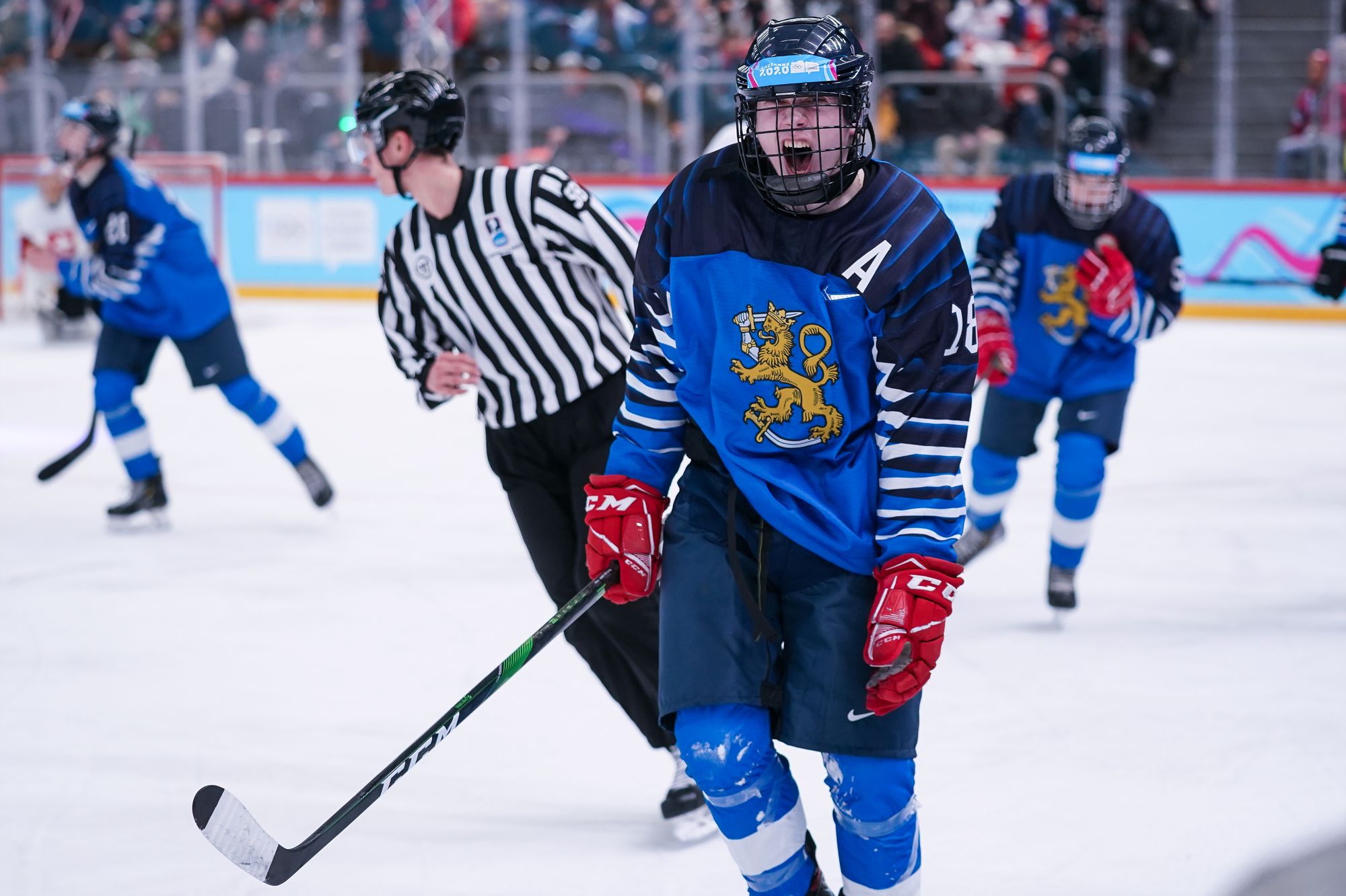 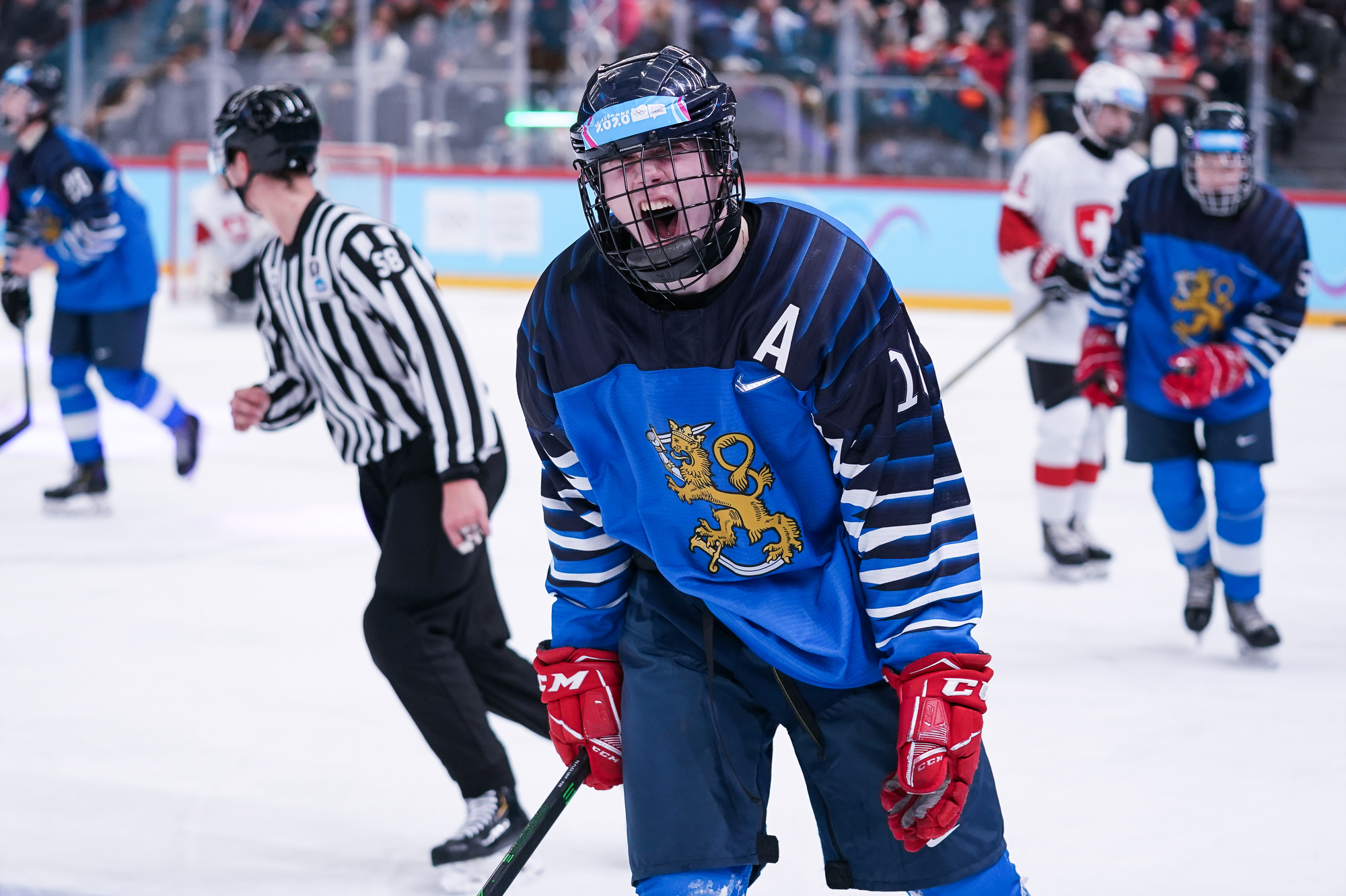 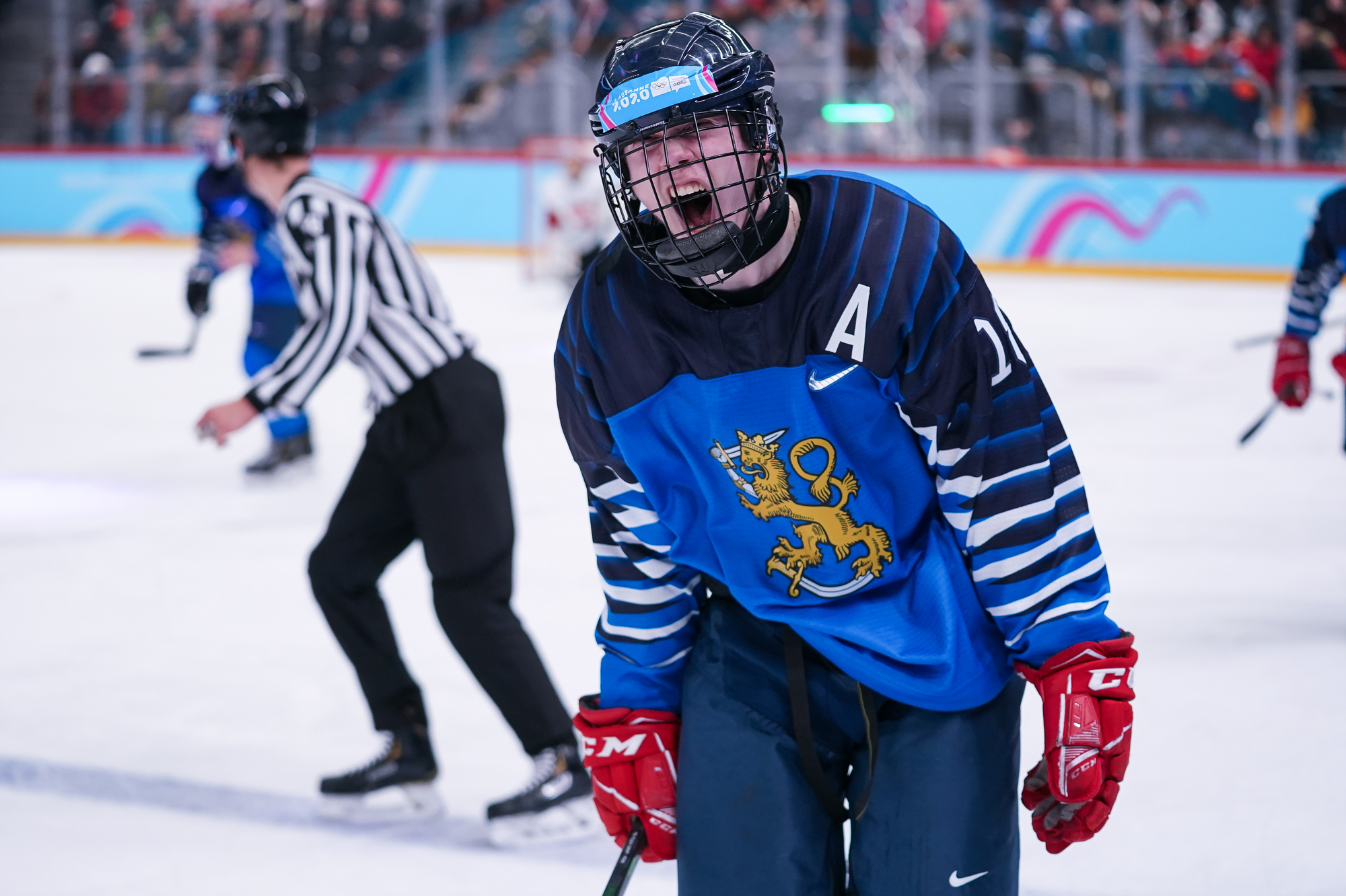 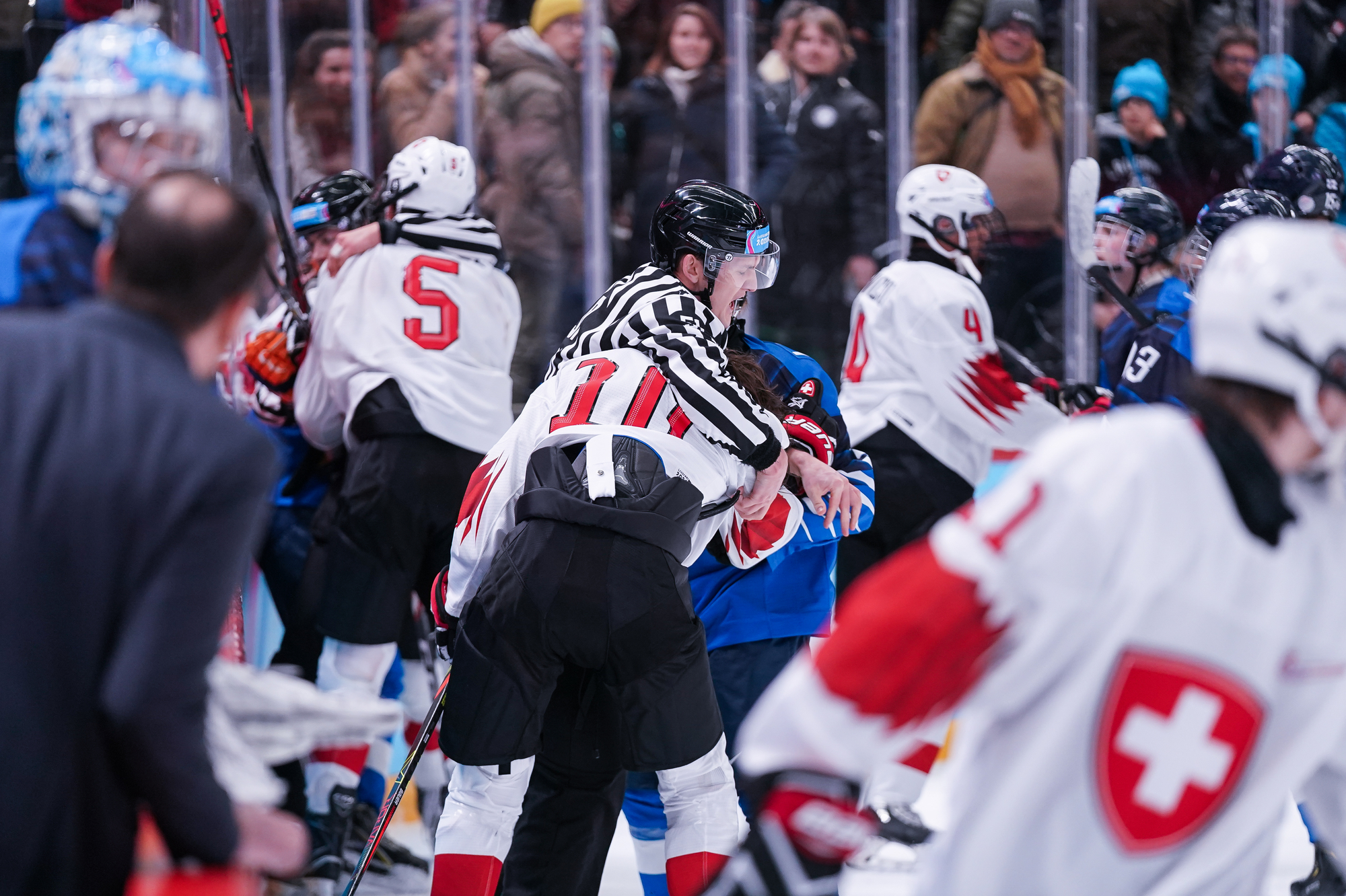 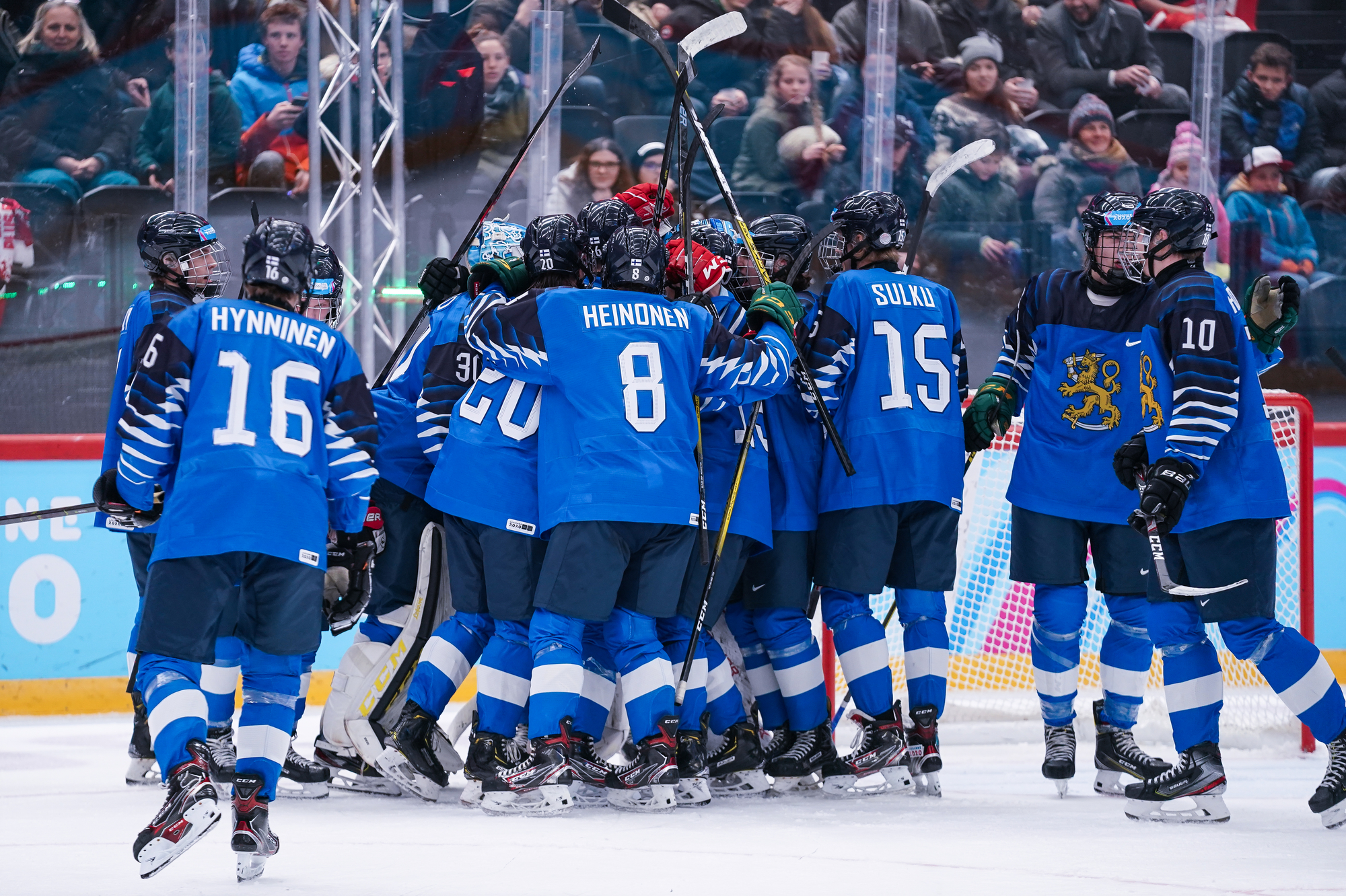 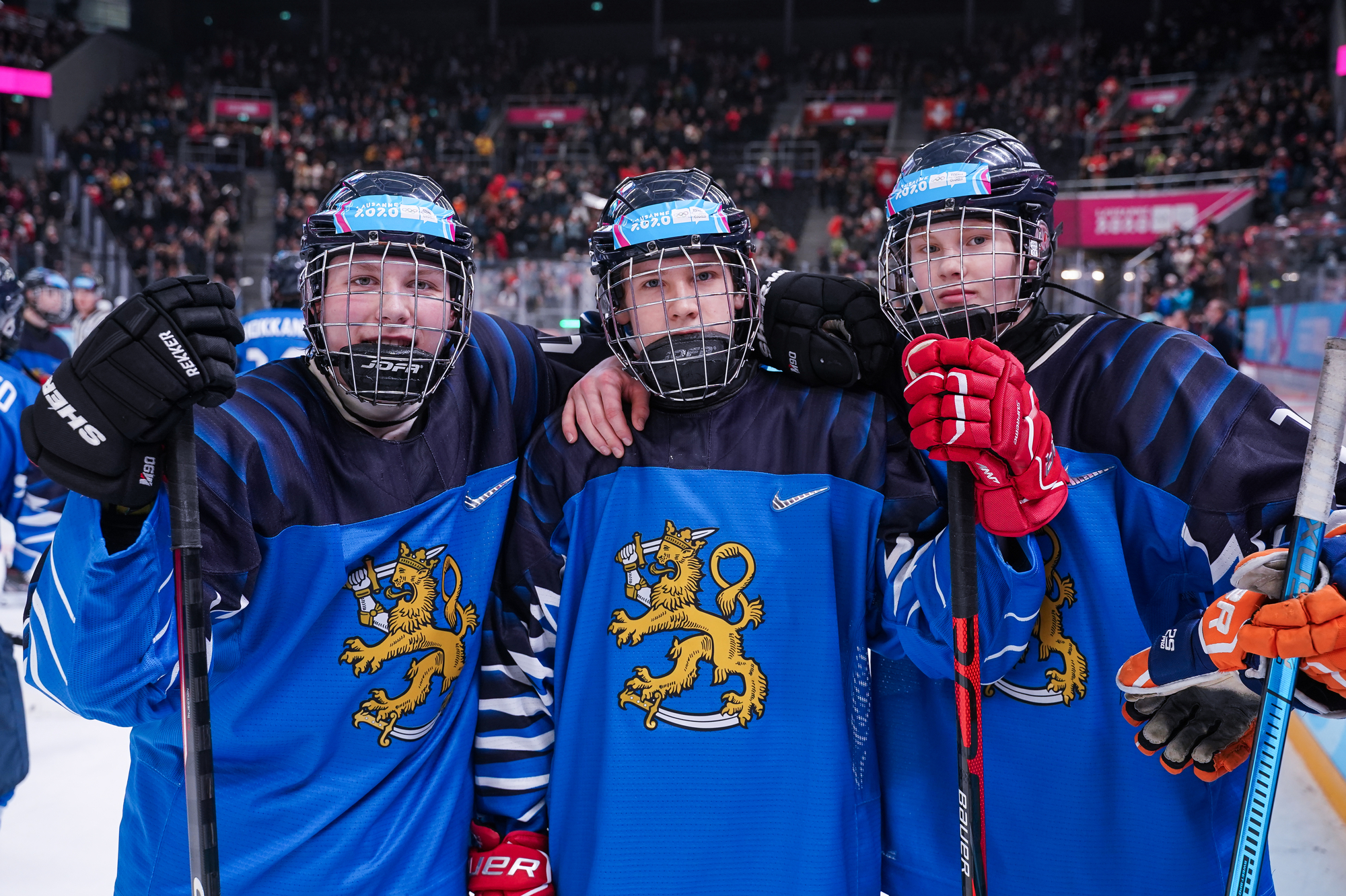