Team USA takes first place in Group A
Team USA forward Isaac Howard scored two goals against Switzerland after a hat trick the night before.
photo: Vedran Galijas / justpictures.ch
share
Host Switzerland gave defending champion Team USA an early scare with the 1-0 goal after 29 seconds. But that was enough of a wake-up call as the Americans got the game under control to win it 8-2. Isaac Howard scored his second hat trick in his second game.

“It feels good to beat the host country and to take care of business as we did. I loved the fans here, it was fun,” Howard said.

“We started giving up a goal but came back as a group and battled and took care of business from there.”

After just 29 seconds the local fans at the full arena were able to cheer on the lead for their team. The Americans lost the puck in the own zone, Jonas Taibel approached the goal from the right side and showed a great overview with his horizontal pass close along the goal line. Noah Greuter skated from the left and netted the puck.

“It was a cool feeling especially with the many fans who stood by us until the end. It was a good start. We better had continued like that,” Greuter said.

“We would have a chance but we know that they play many passes through the zone and we should have watch out better. We shouldn’t have given them that much room otherwise they create scoring chances and capitalize on them.”

Switzerland getting the lead was of course not according to the Americans’ script and they tried to get back as soon as possible. With Robin Leibzig on the penalty bench for tripping, Howard tied the game after a nice drop pass from Cruz Lucius. And during the next power play Howard scored again, this time with a shot from about 15 metres behind the face-off circles to give Team USA its first lead at 5:30.

The Unites States’ play was faster, more precise and led to the more dangerous opportunities. At 10:24 Rodwin Dionicio disturbed Lane Hutson’s breakaway from behind. Hutson was awarded a penalty shot he converted for the 3-1 goal.

The Americans continued their goal scoring after 41 seconds of the second period. Frank Nazar capitalized on a rebound. The 4-1 score after two periods reflected the play even though the Swiss also had a few chances to get closer as Team USA outshot them 16-7 in a middle frame that did visibly entertain the crowd in Lausanne.

The third period started similar like the first. Nazar’s shot early in the period hit the crossbar but Cutter Gauthier took the bounce for the 5-1 goal. At 4:18 Rutger McGroarty added another one beating Swiss goaltender Alessio Beglieri on a breakaway through the five-hole.

Swiss defenceman Louis Fullemann corrected the result for his team with his goal from the blue line on the power play with four minutes left in the game but less than a minute later Howard made it 7-2 to get another hat trick. Ryan Chesley finished with the 8-2 marker.

After two convincing victories Team USA finishes Group A in first place and will play the second-ranked team of Group B in the semi-finals.

Looking at the standings, the team expects a North American rivalry on Tuesday for a spot in the final.

“It looks like we are going to play Canada in the semis and that’s a big rivalry. Our boys are excited to take care of business again and get the job done,” Howard said.

The second semi-final spot of Group A will be determined tomorrow between Finland and Switzerland.
Switzerland vs. USA - 2020 Youth Olympic Games (Men) 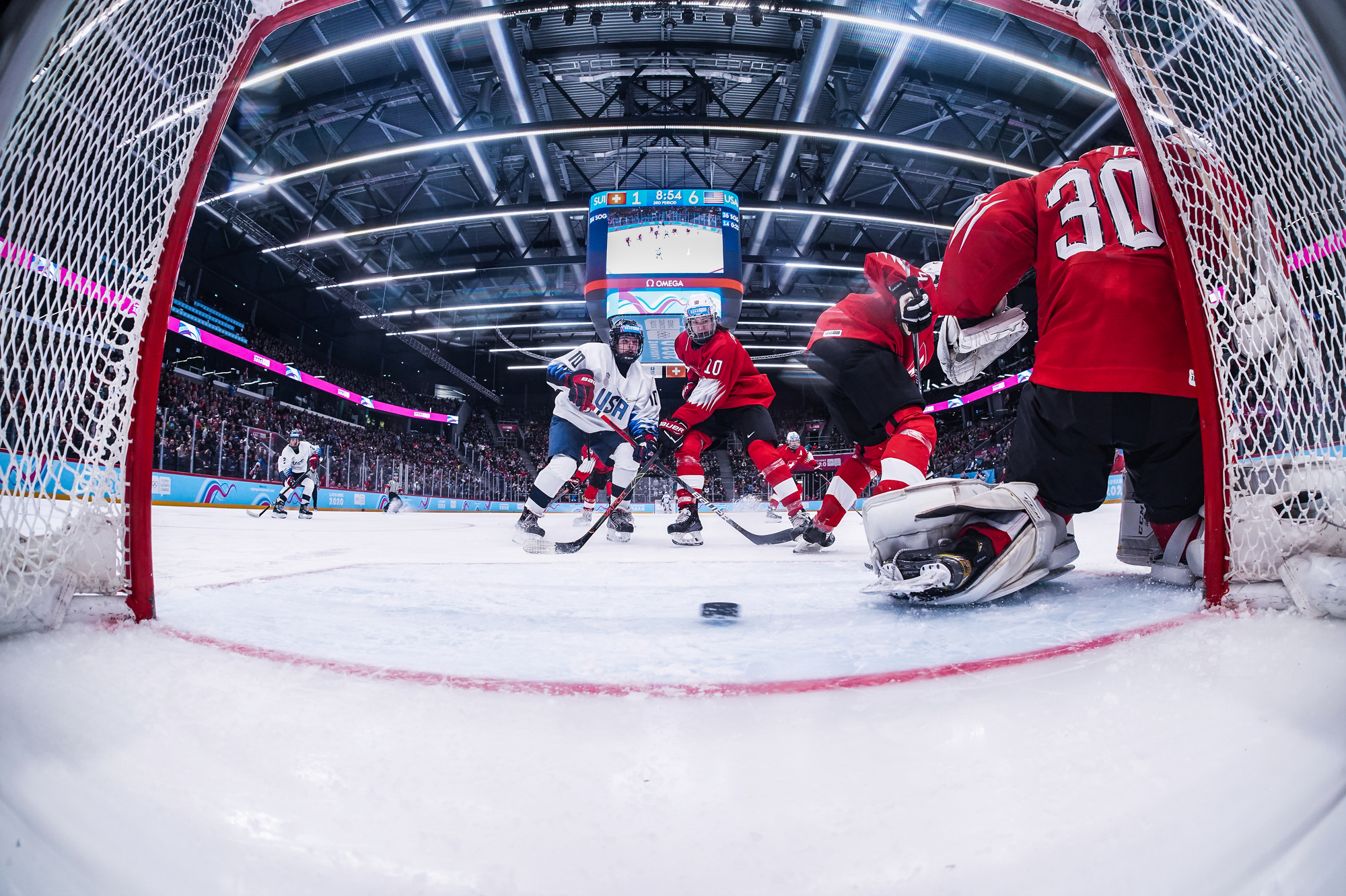 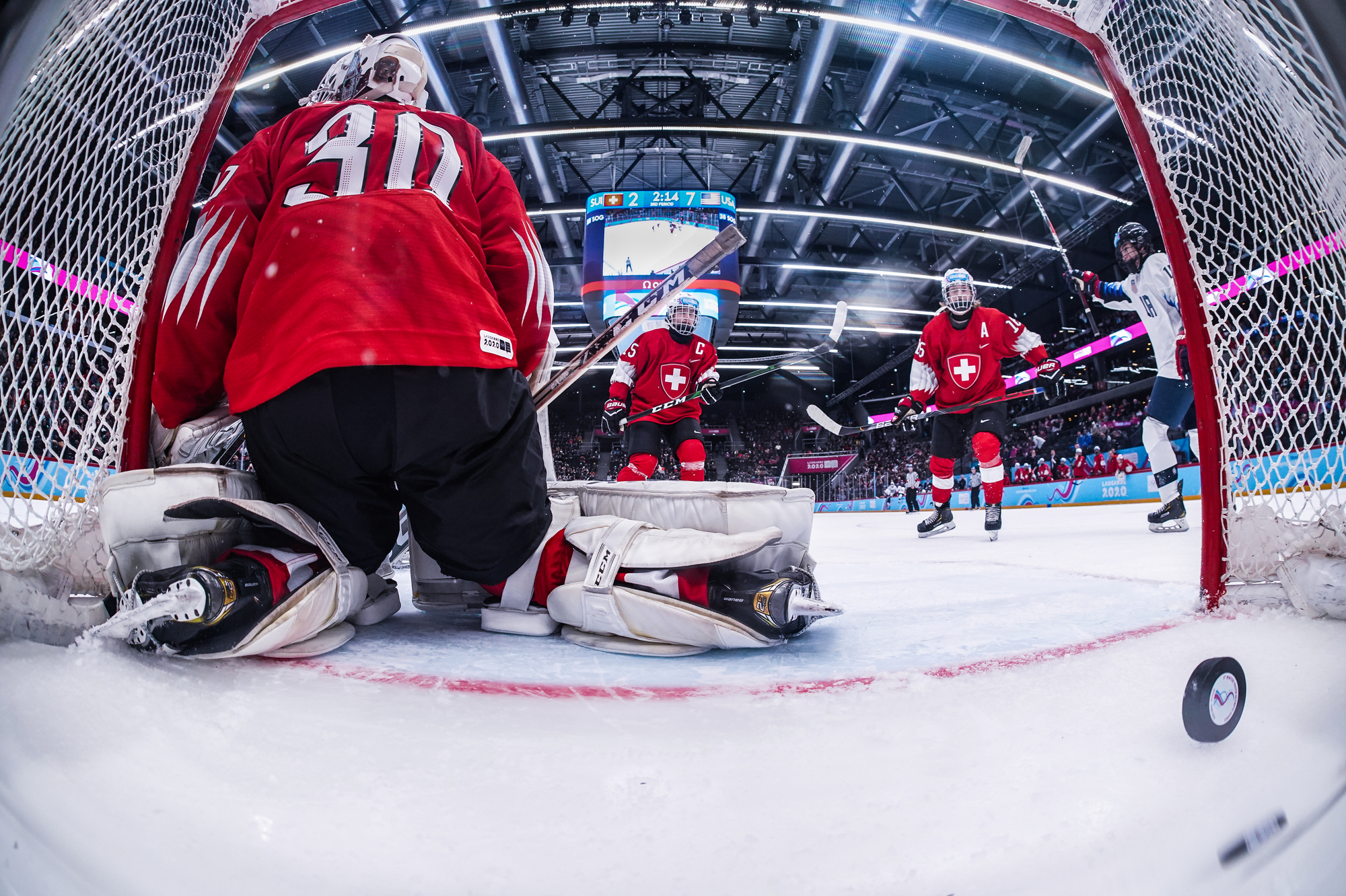 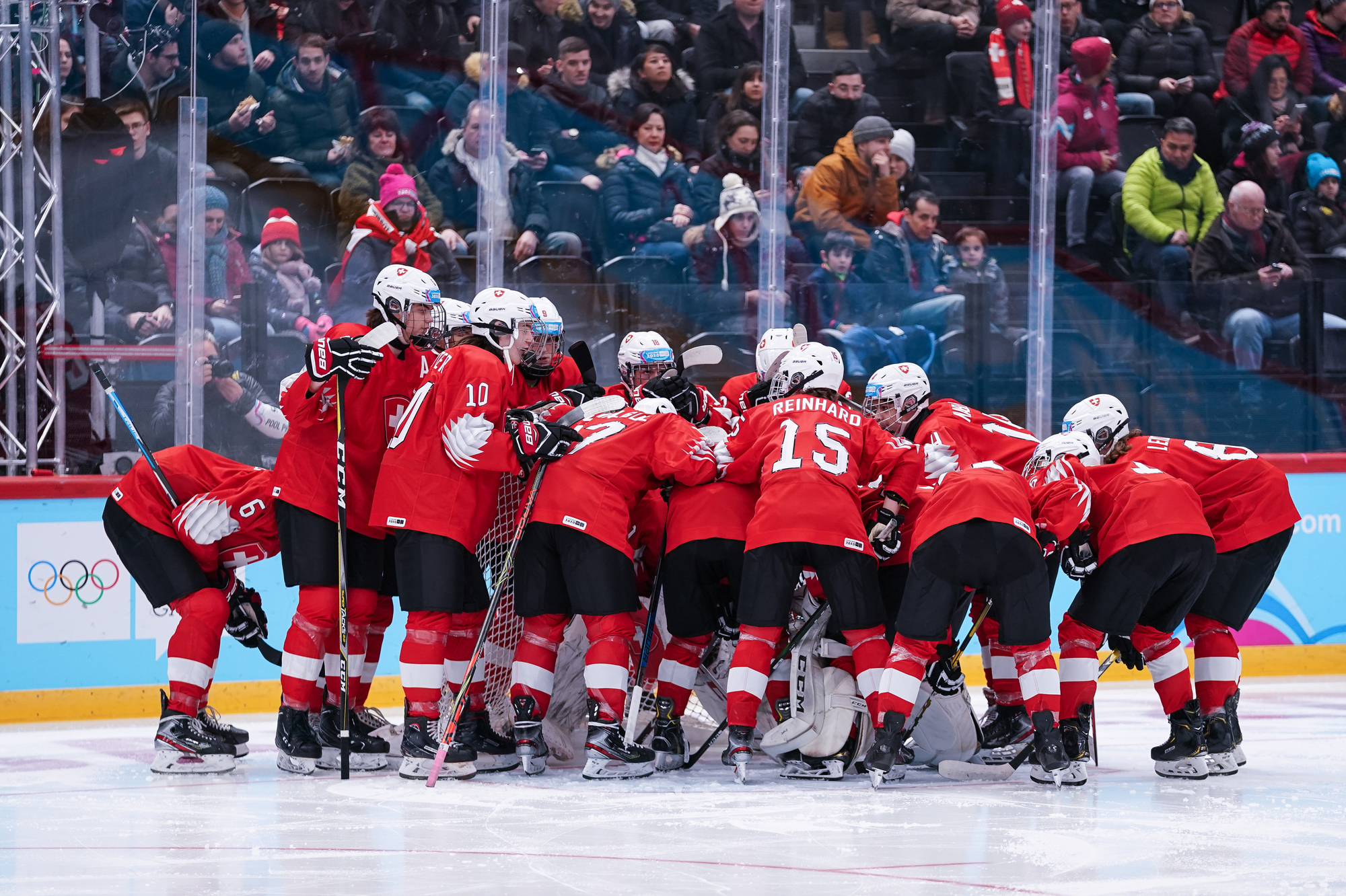 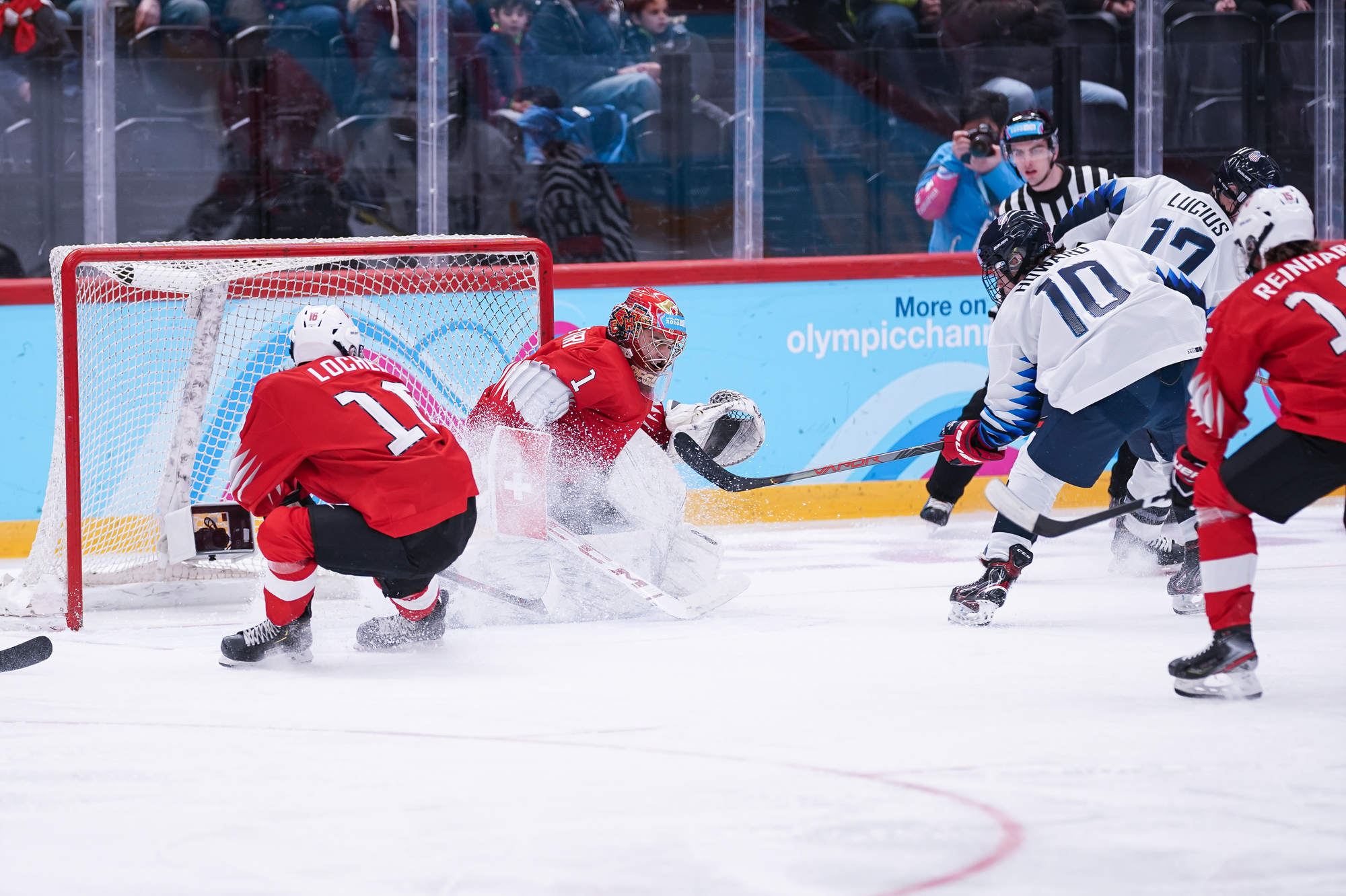 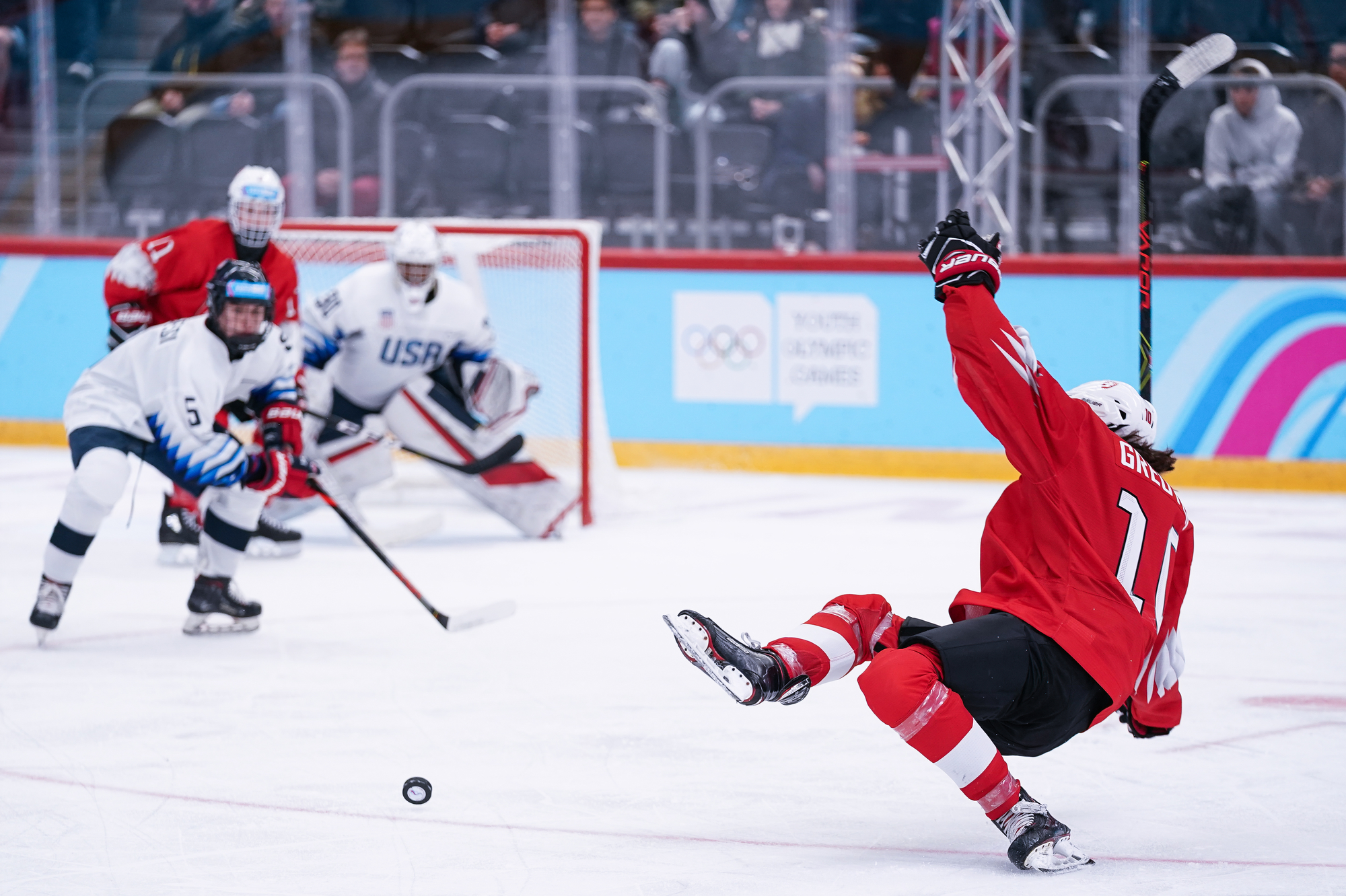 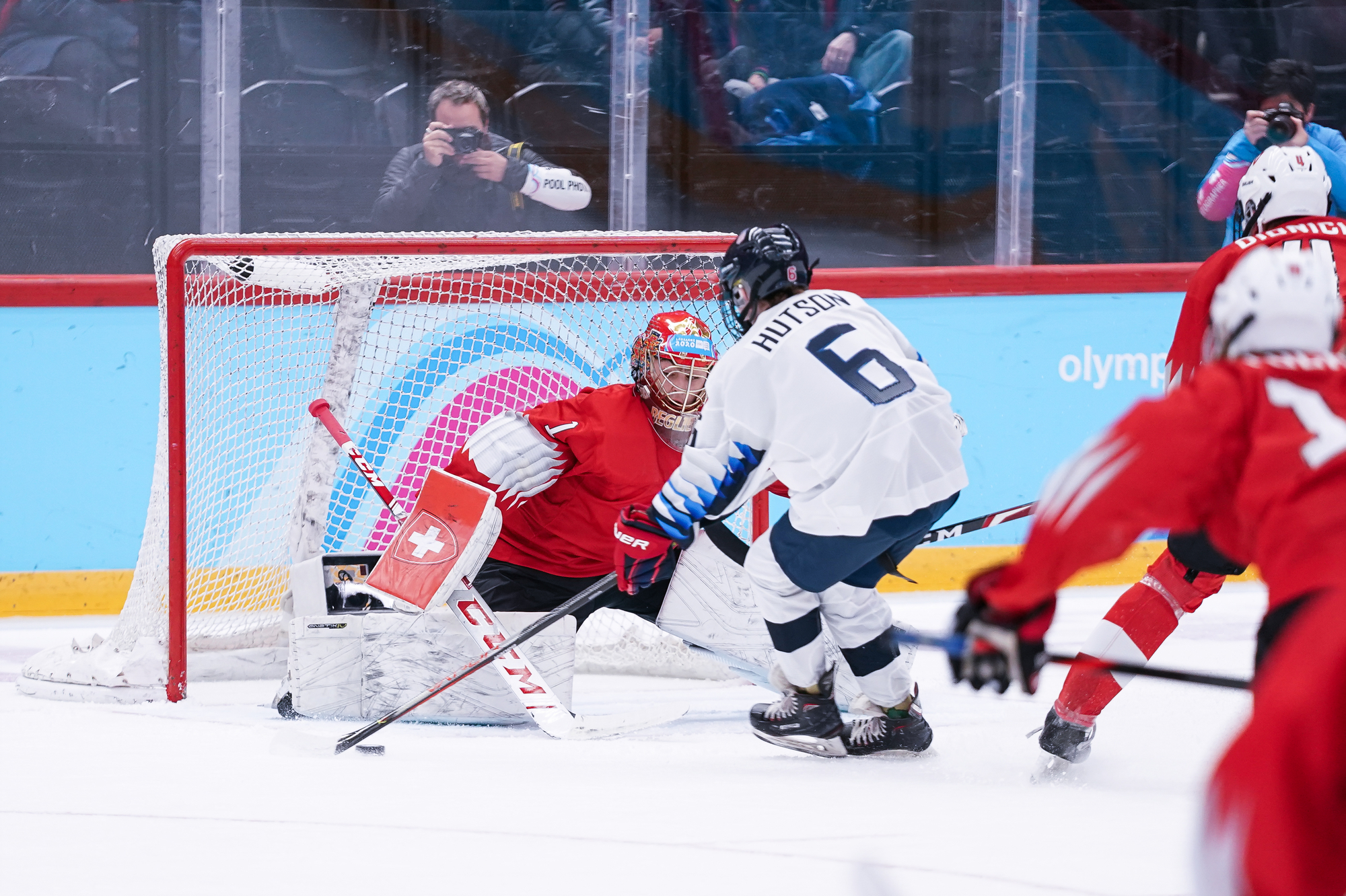 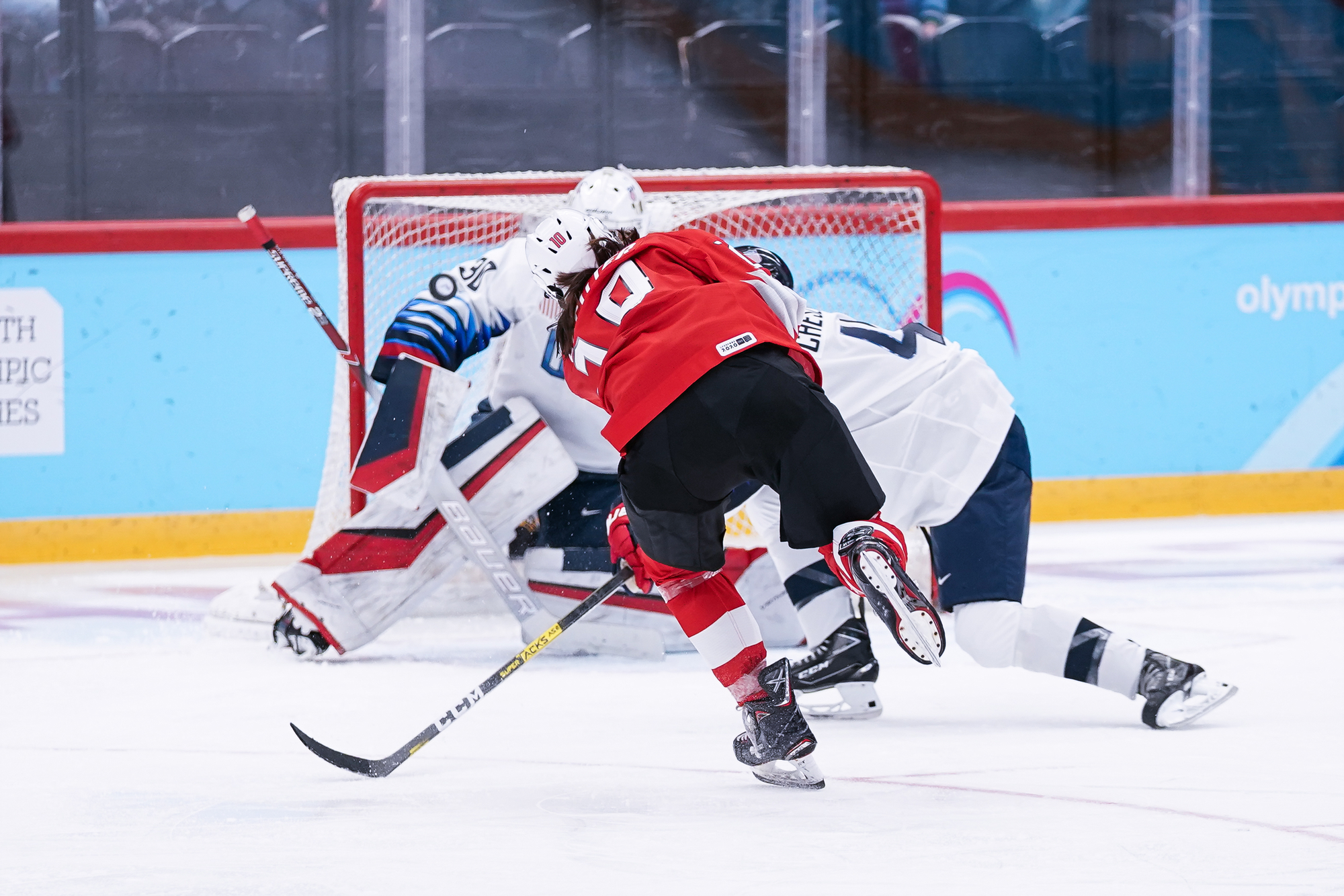 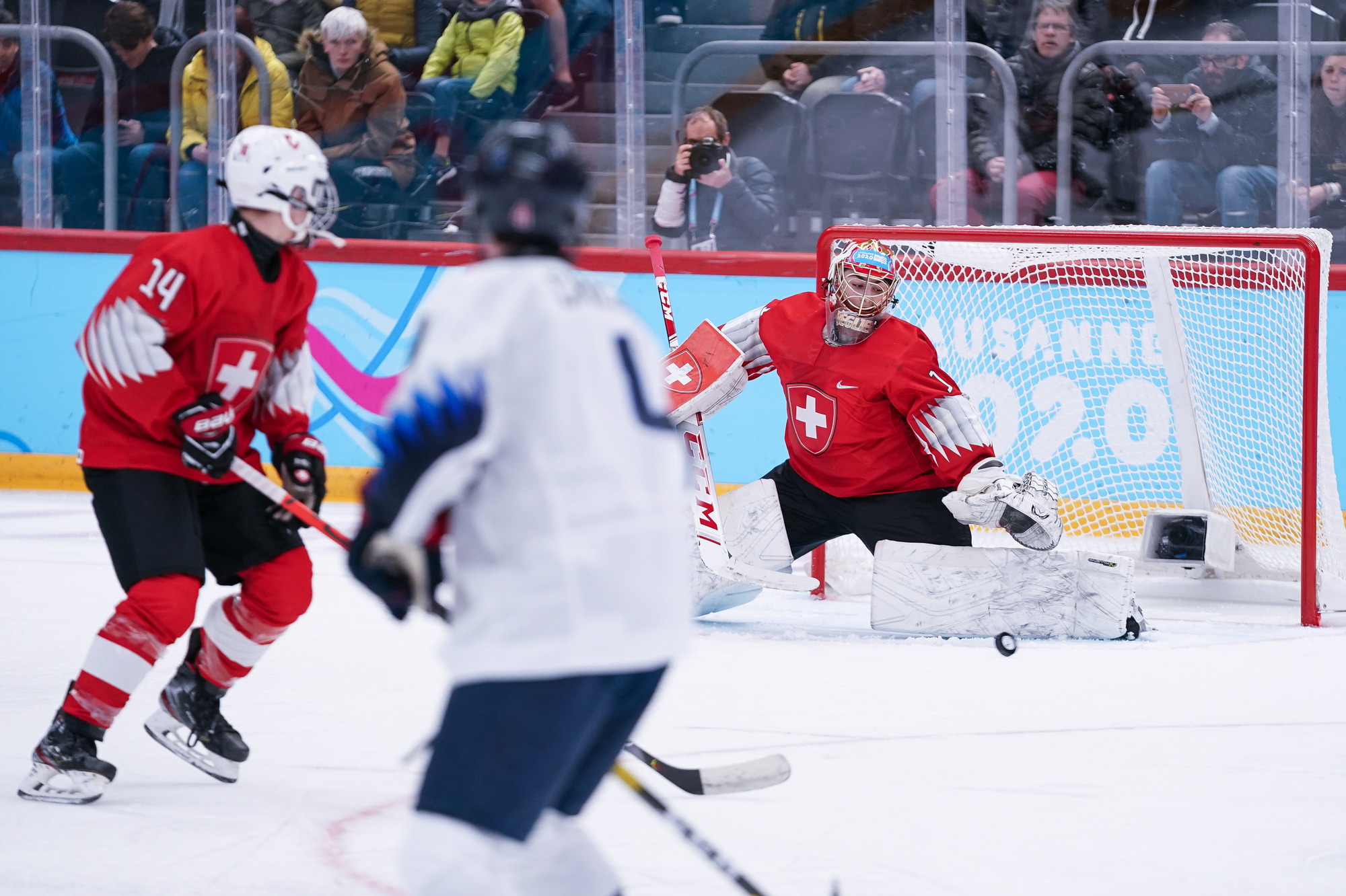 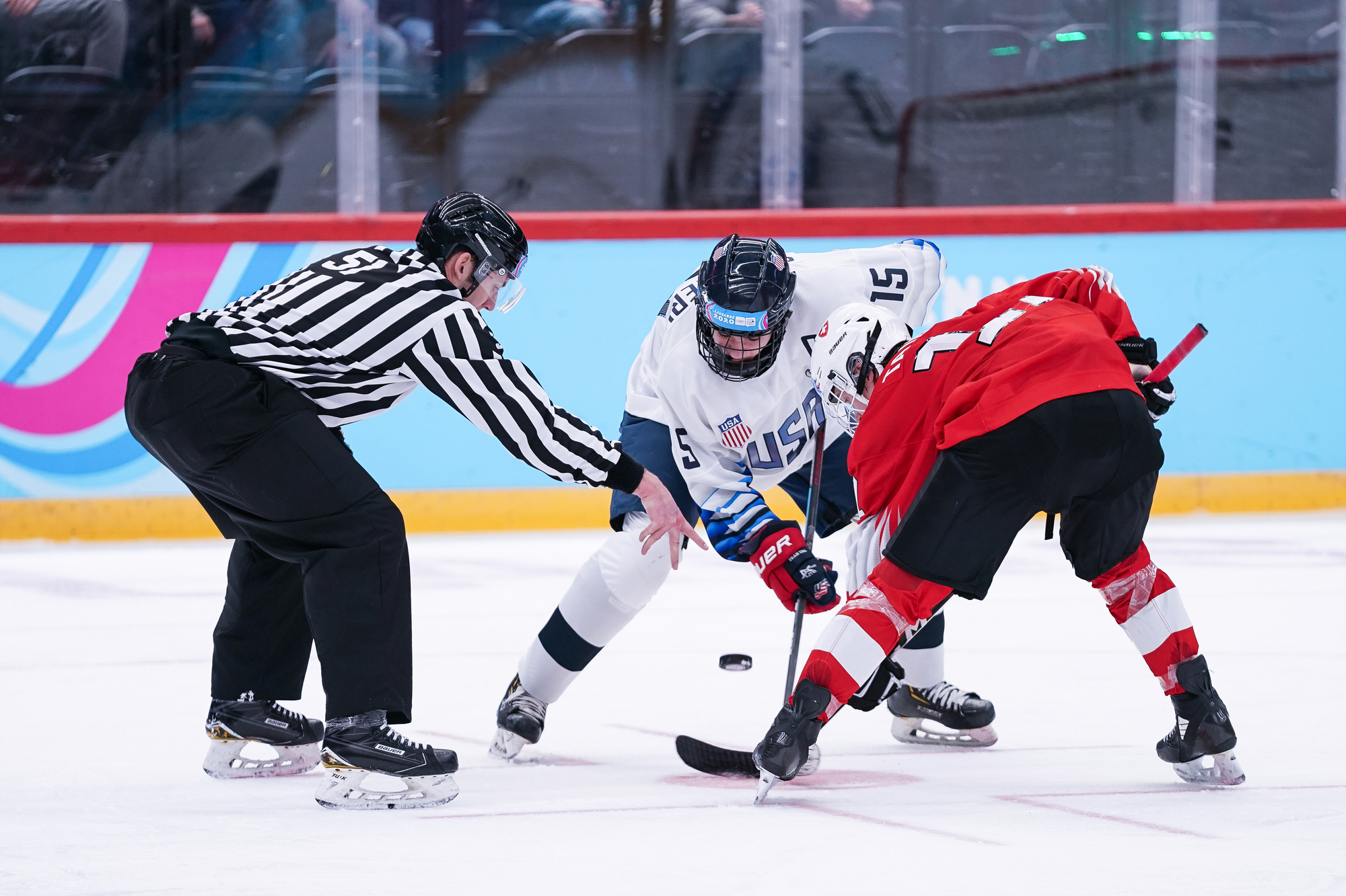 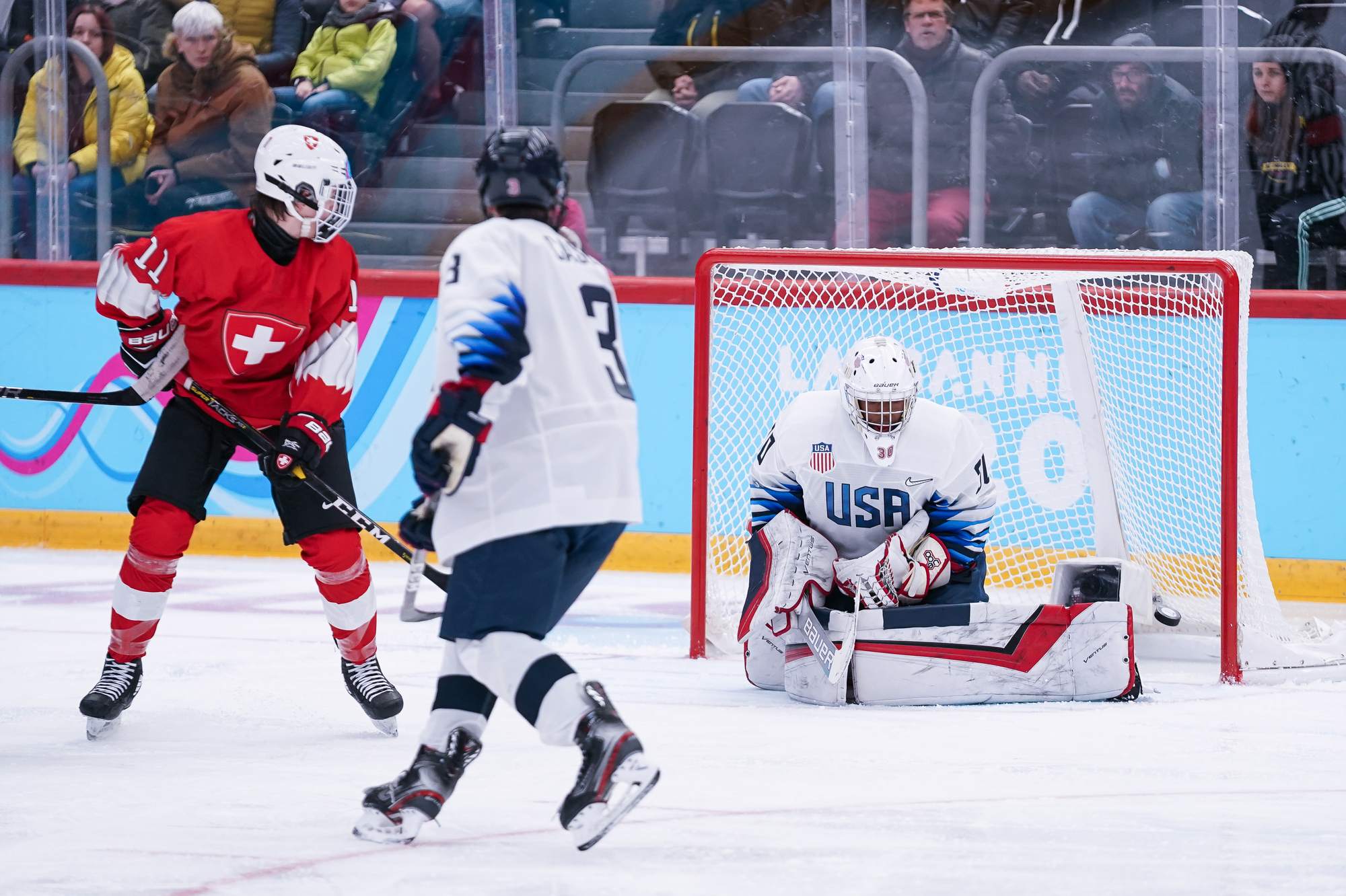 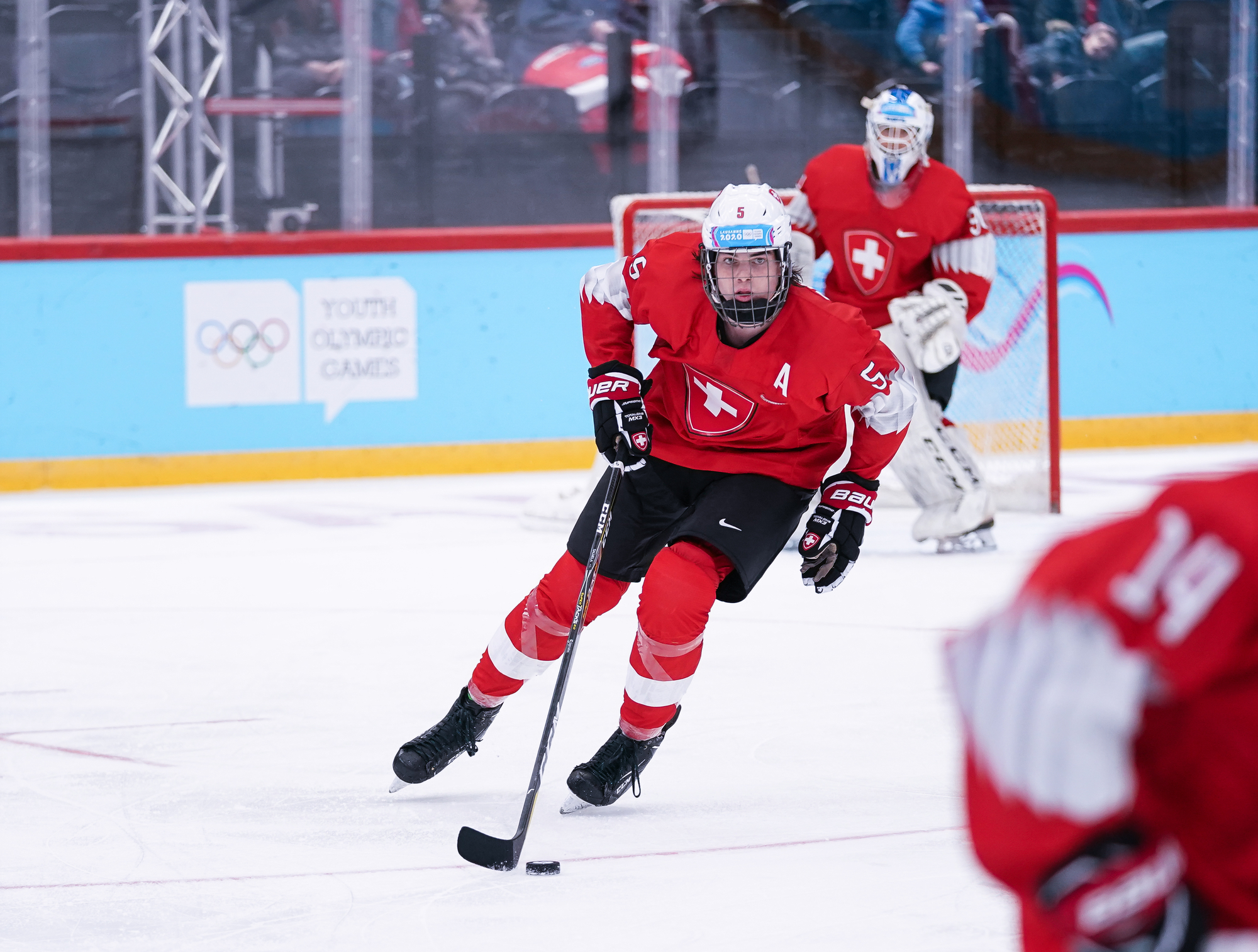 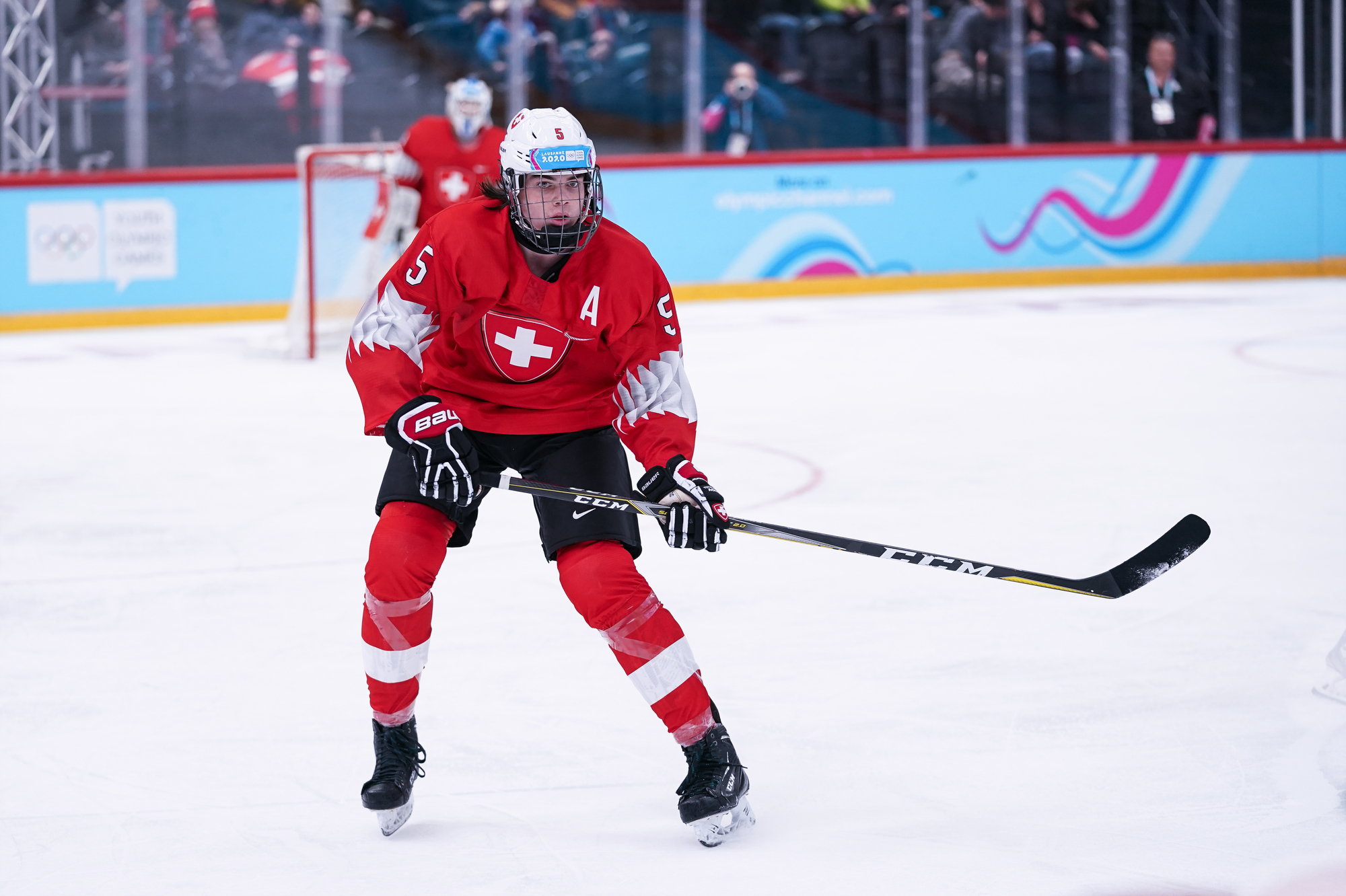