The Americans gained a 3-0 lead after just over six minutes of play but had to battle for the lead until the end. Isaac Howard scored a hat trick for Finland, as did Santeri Sulku for Finland.

“It was an awesome game, one of the biggest games in my life. The atmosphere was great and the crowd going crazy. It was fun and we got it up. It was nice to score a hat trick,” said Howard. “We want to win gold again here and we have the team to do it.”
The Finns looked thrown into the cold water when the game began. After just 29 seconds Team USA already opened the scoring when defenceman Elmeri Laakso lost the puck in his own zone to give the Americans a 2-on-1. Rutger McGroarty went for the pass and Charlie Stramel beat Finnish goaltender Topias Leinonen.

Just 41 seconds later the Americans made it again. Frank Nazar skated through to the net and saw his shot blocked but Gavin Brindley was at the spot to score the 2-0 goal.

Before the seven-minute mark Howard added another one after a nice no-look pass from Cruz Lucius to make it a comfortable 3-0 lead. The game looked virtually decided but the Finns didn’t give up and at times the floodgates opened at both sides.

At 10:31 there was a first sign of life for the Finns when Laakso skated to the net to put his team on the scoreboard.

However, the Americans didn’t want to give the game out of their hands and at 4:02 of the middle frame they restored the three-goal lead when Frank Nazar aimed at a pass on a 2-on-1 but hit Finnish defenceman Otto Heinonen from whom the puck went in. But the Finns answered with a power-play goal, again a shot from Laakso that went in via Santeri Sulku. But Howard added his second marker late in the period on a rebound and it was 5-2.

The game was still far from over. Sulku added another power-play marker early in the third period when he put the puck through Dylan Silverstein’s five-hole and the Americans continued with two more penalties. It was the big chance for the Finns to come back into the game but Team USA killed the penalties and Howard completed his hat trick on a breakaway at 7:44 of the third period.

Stramel later also added his second goal of the night while Jere Lassila lifted the score to 7-4. With 3:18 left it was still not over. Sulku also became a hat trick scorer when he netted the puck on a rebound. It was a two-goal game and Team USA took its time-out. With 68 seconds left the Finns also took their time-out and pulled the goaltender but the 7-5 score remained.
USA vs. Finland - 2020 Youth Olympic Games (Men) 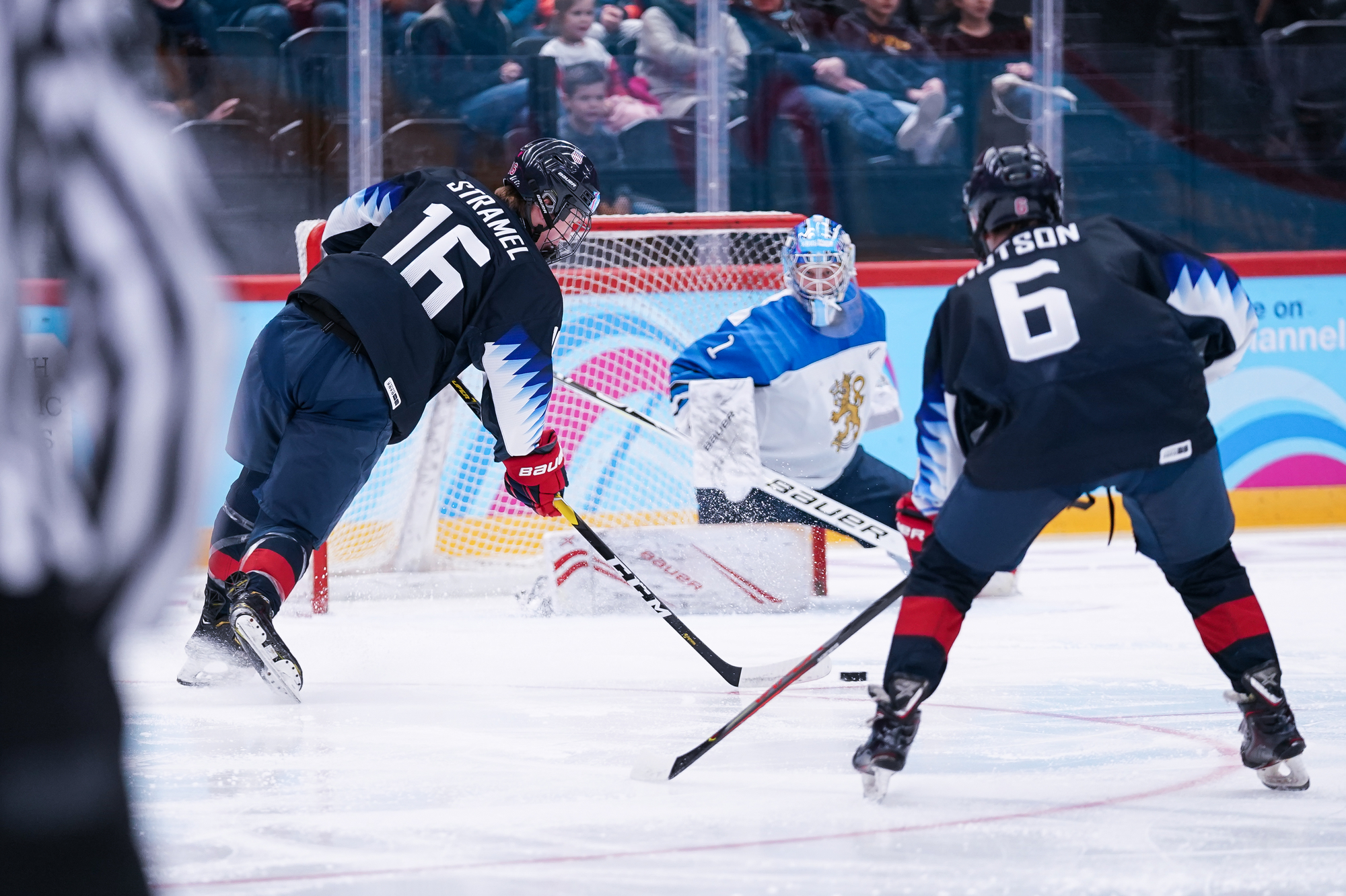 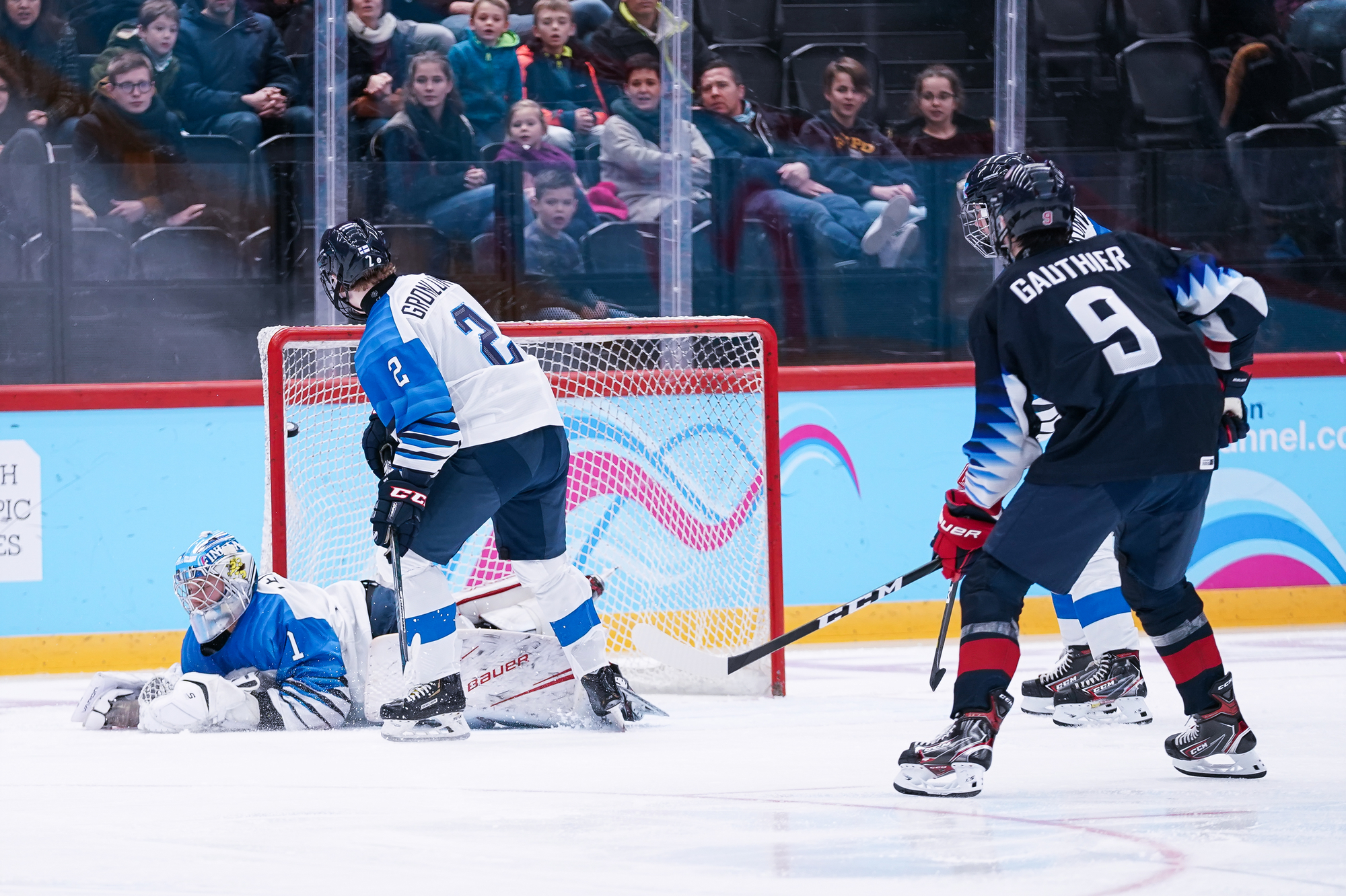 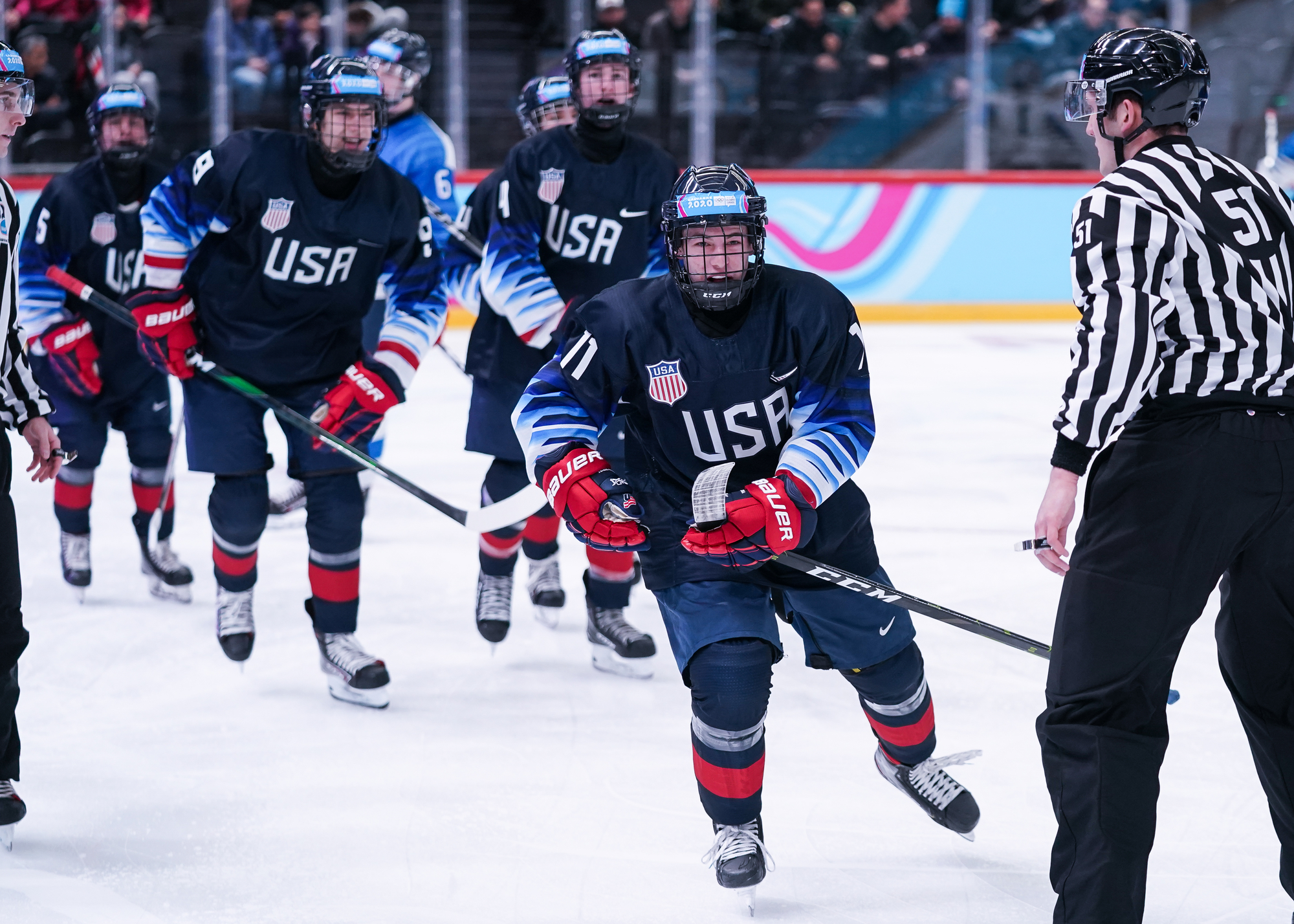 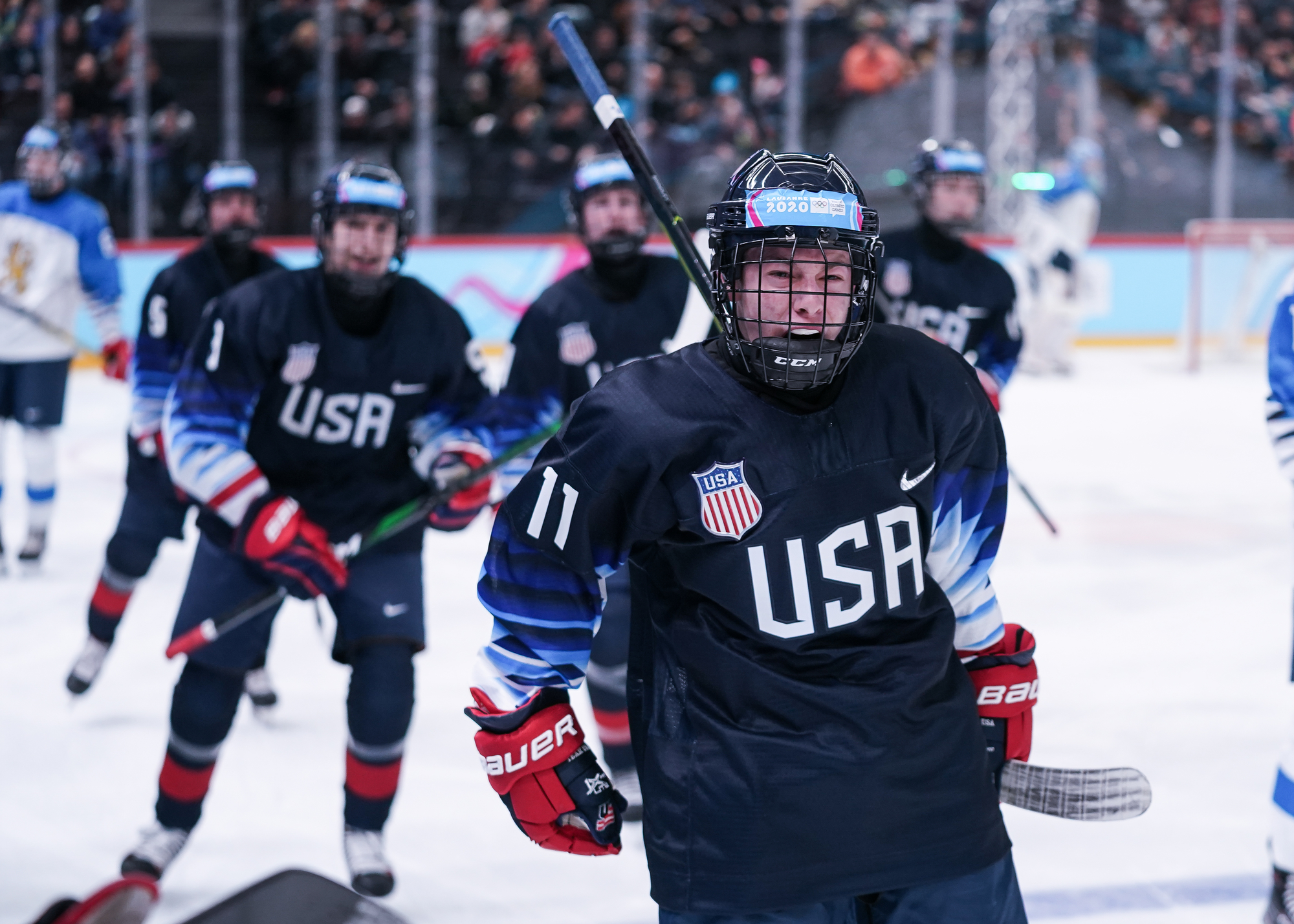 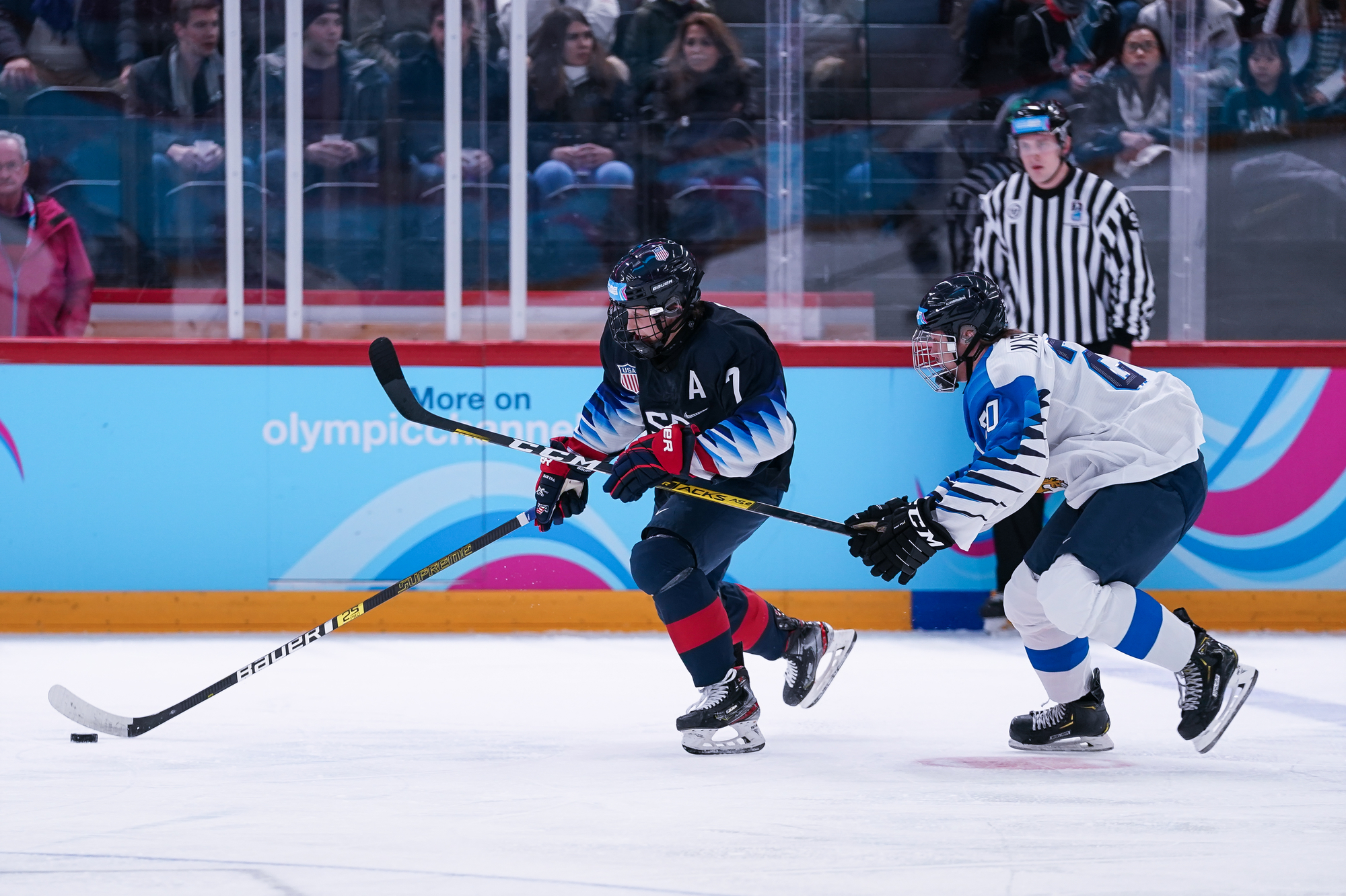 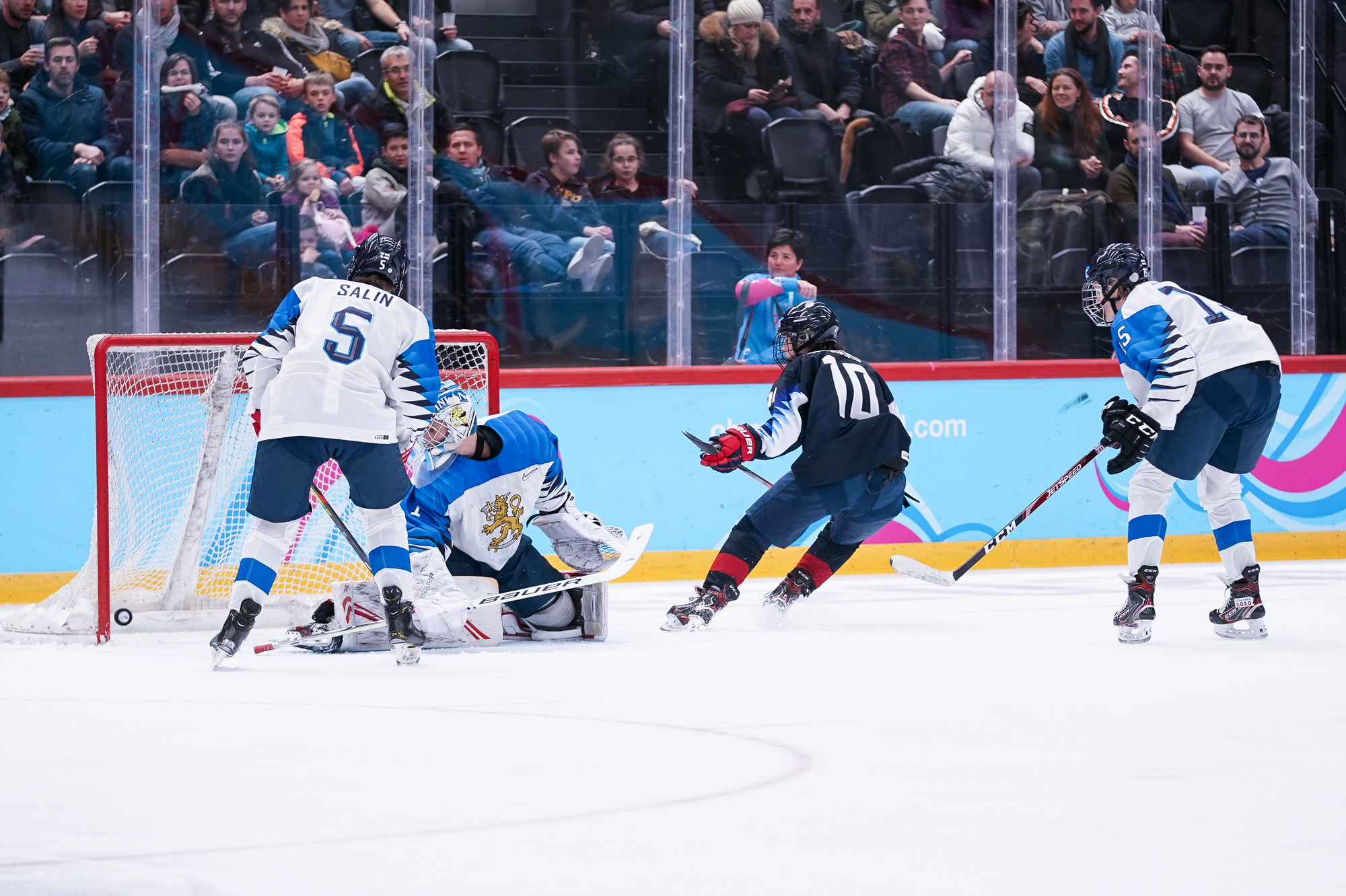 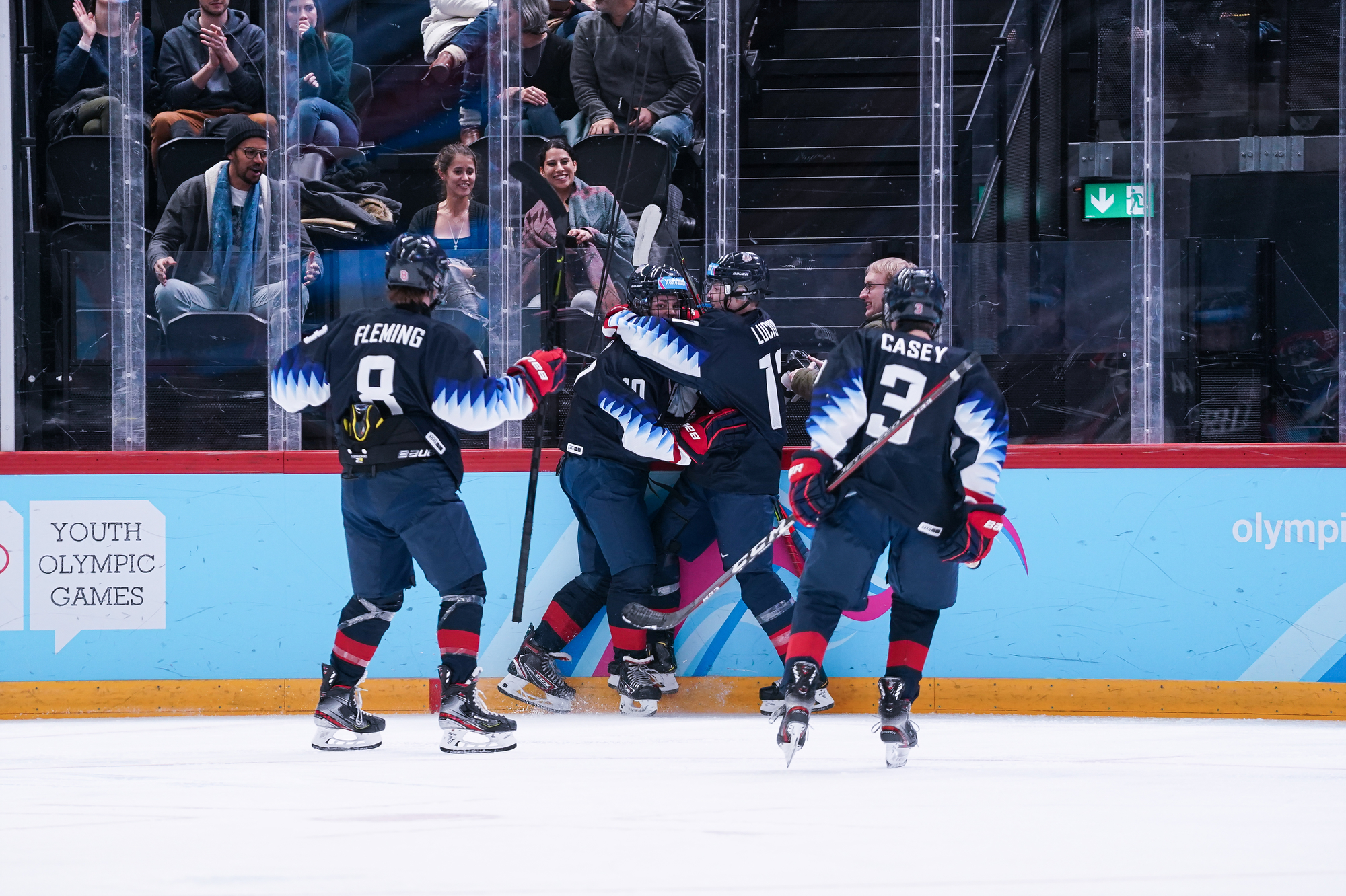 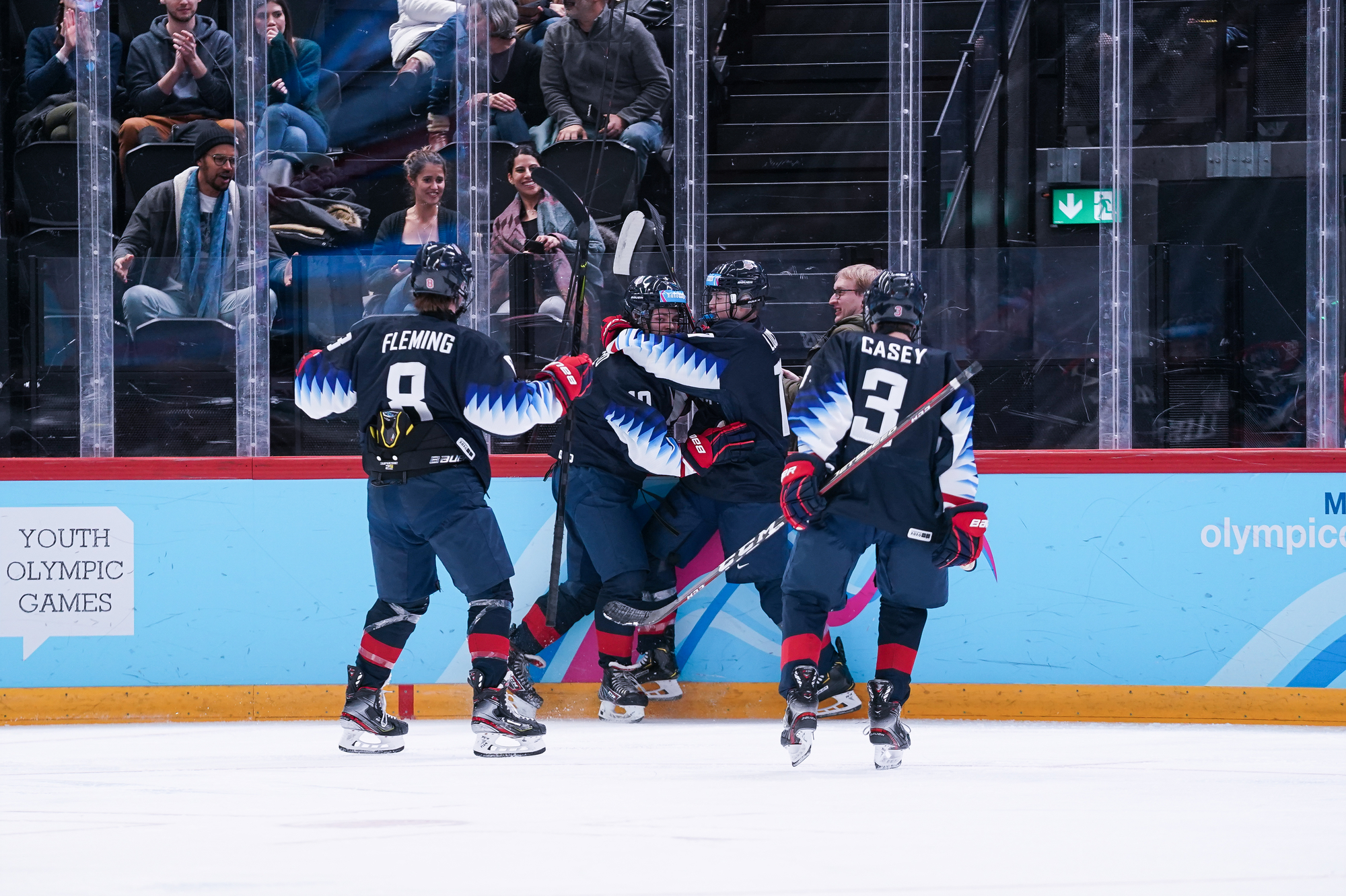 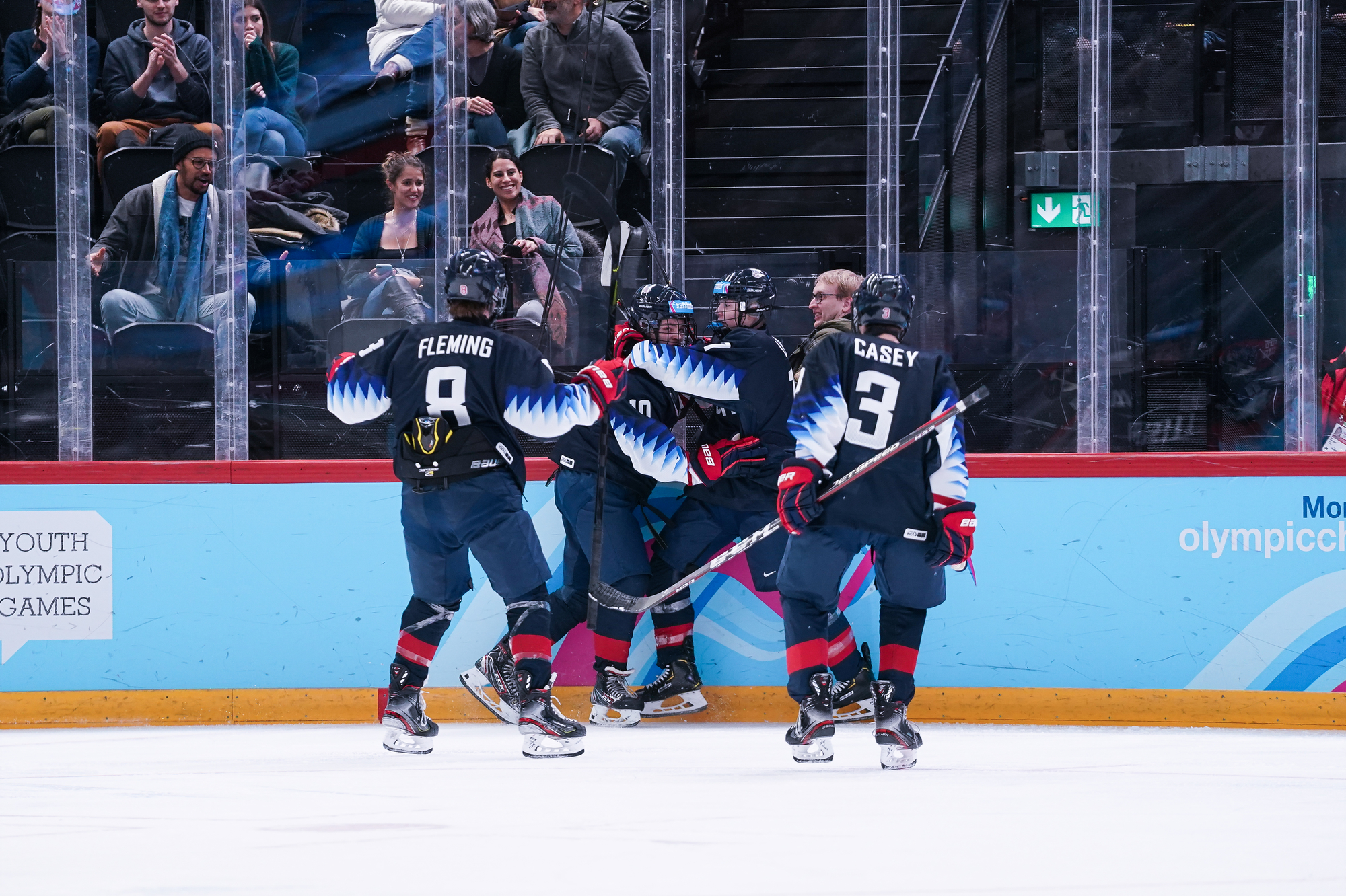 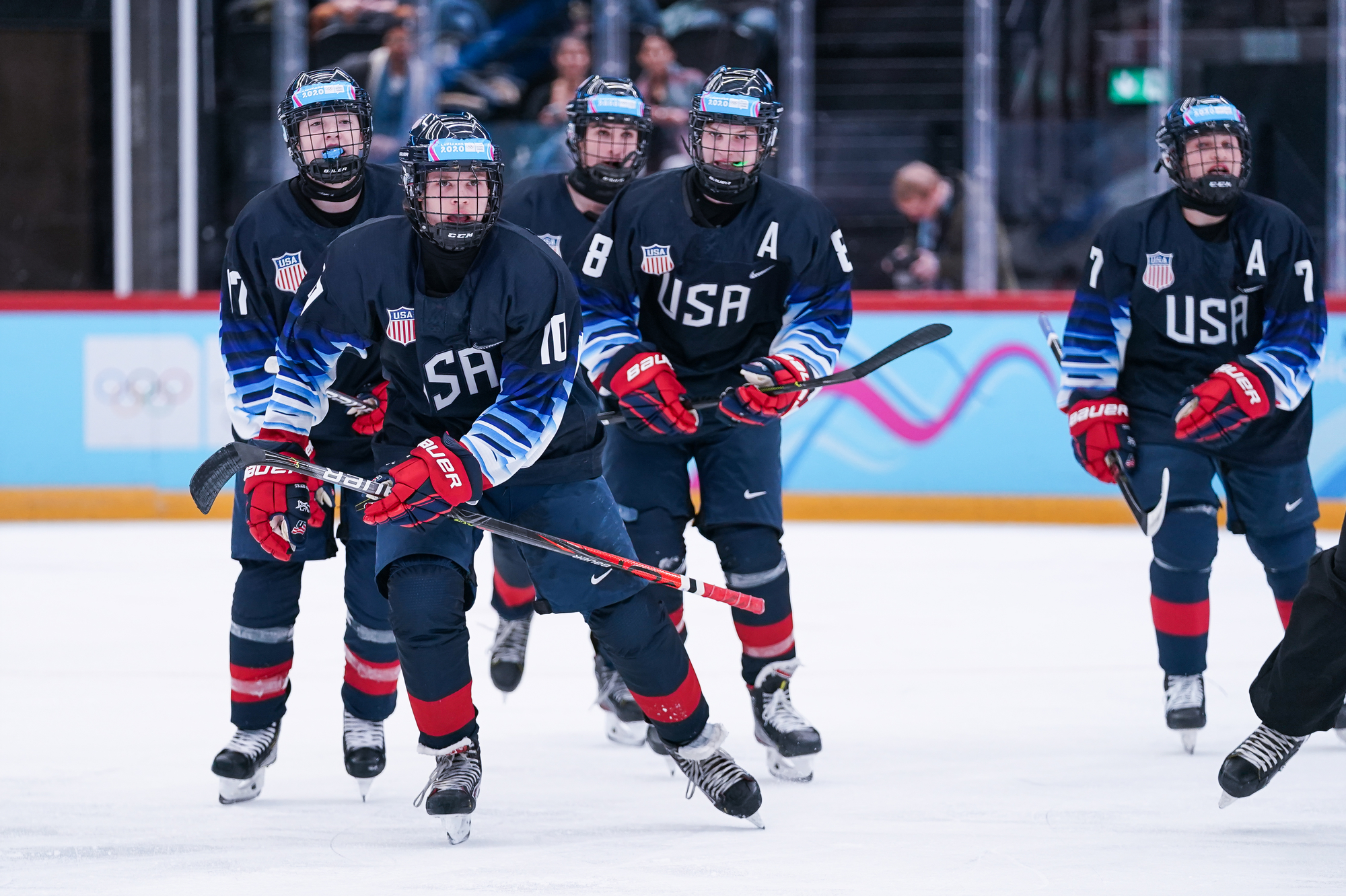 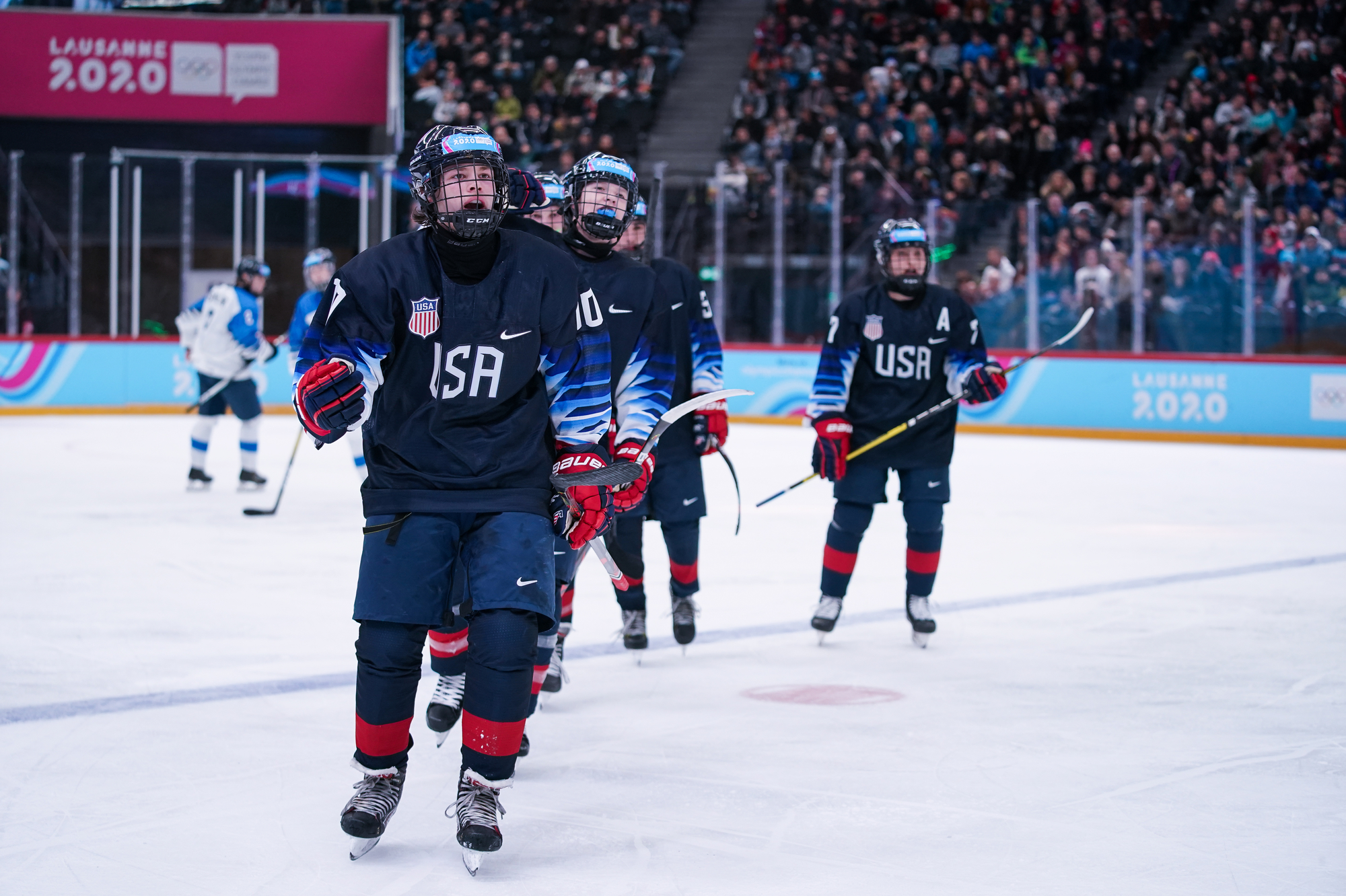 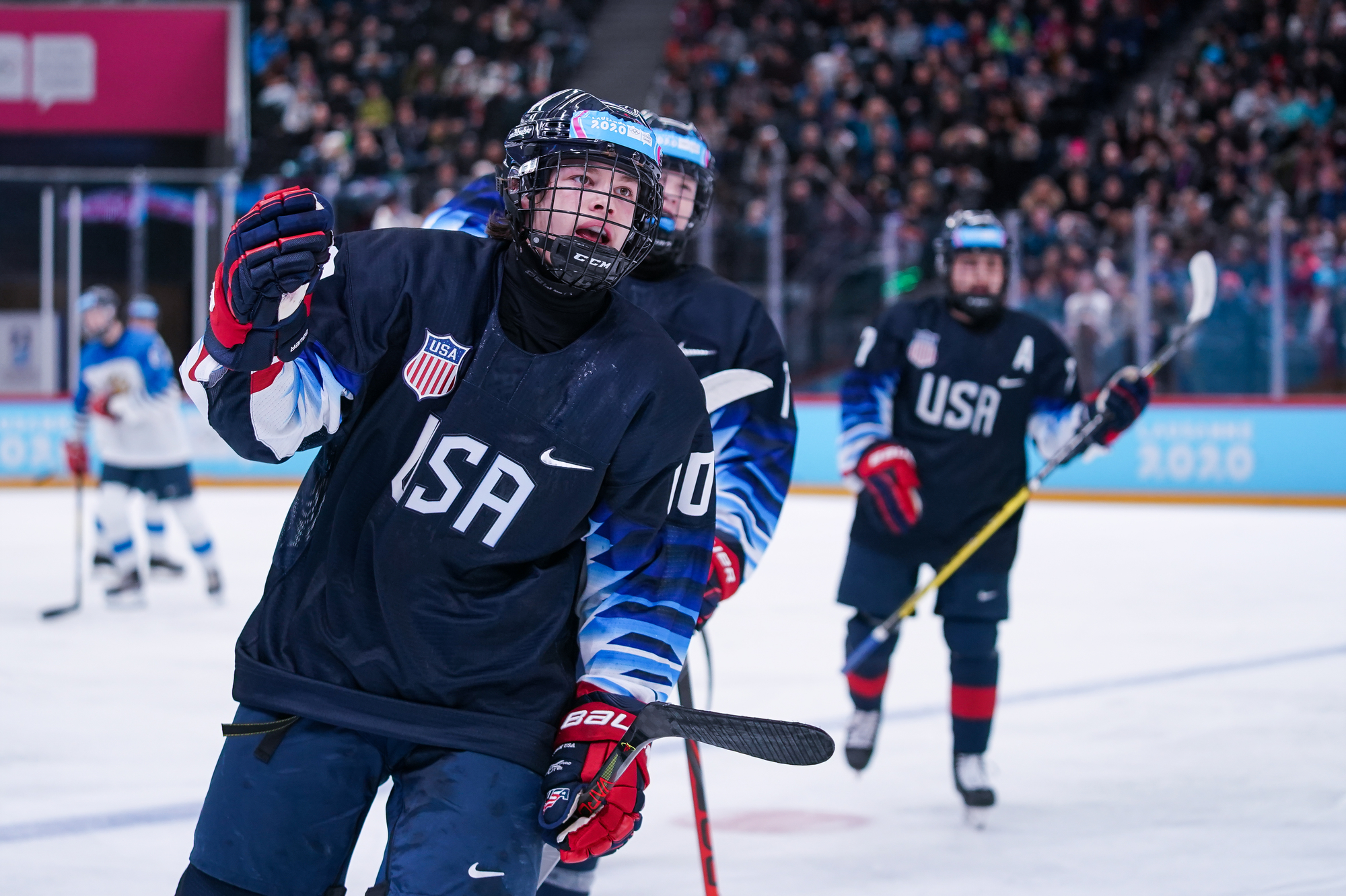 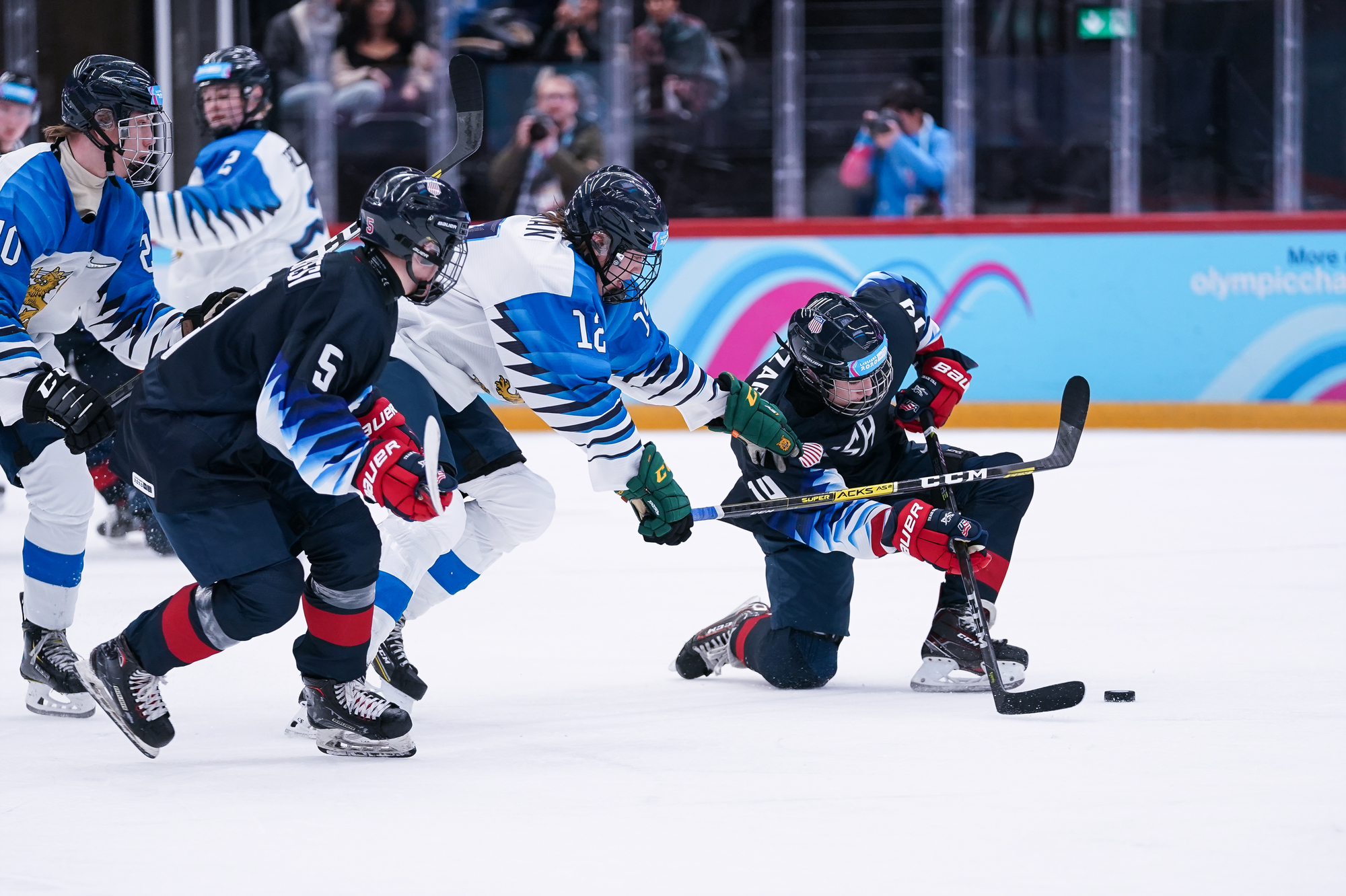 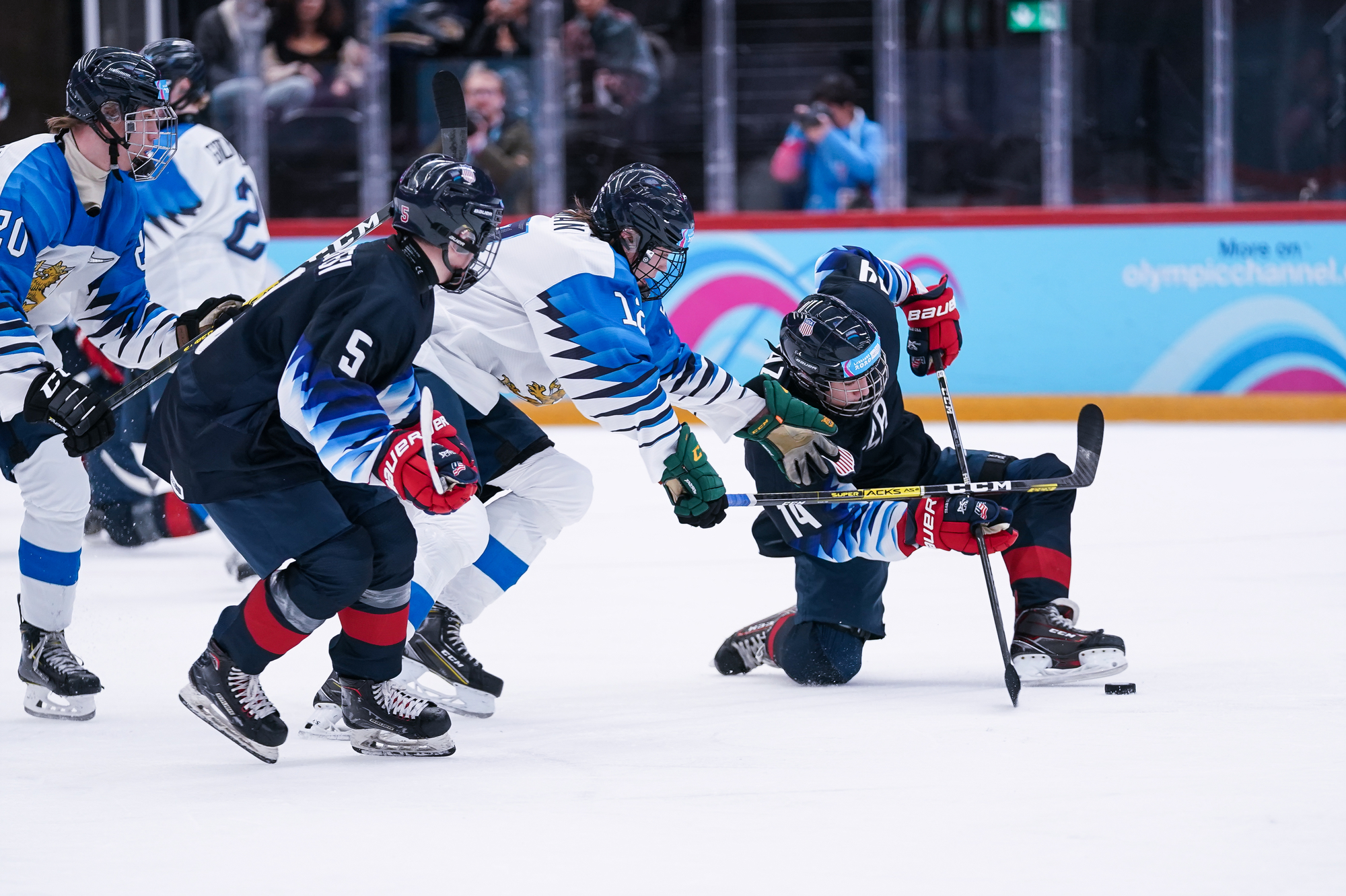